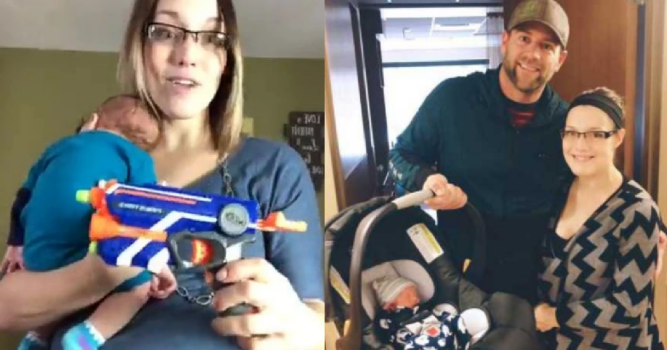 Labor can be exhausting, especially the following nights, weeks, and months. But everything should be okay if you have your partner there, cheering you on and stepping in to help. But the truth is that even the most well-meaning husbands can “fall asleep” on the job, especially during those long hours of labor.

But still, that doesn’t mean he gets to nap and enjoy a nice siesta while his wife does all the work while wide awake and in terrible pain. That’s why one mom decided to keep her husband awake during labor using a convenient tool — a nerf gun.

Samantha Mravik-Miller shared her unique delivery room spousal wake-up call on Facebook, where her post soon went viral after being shared by thousands. 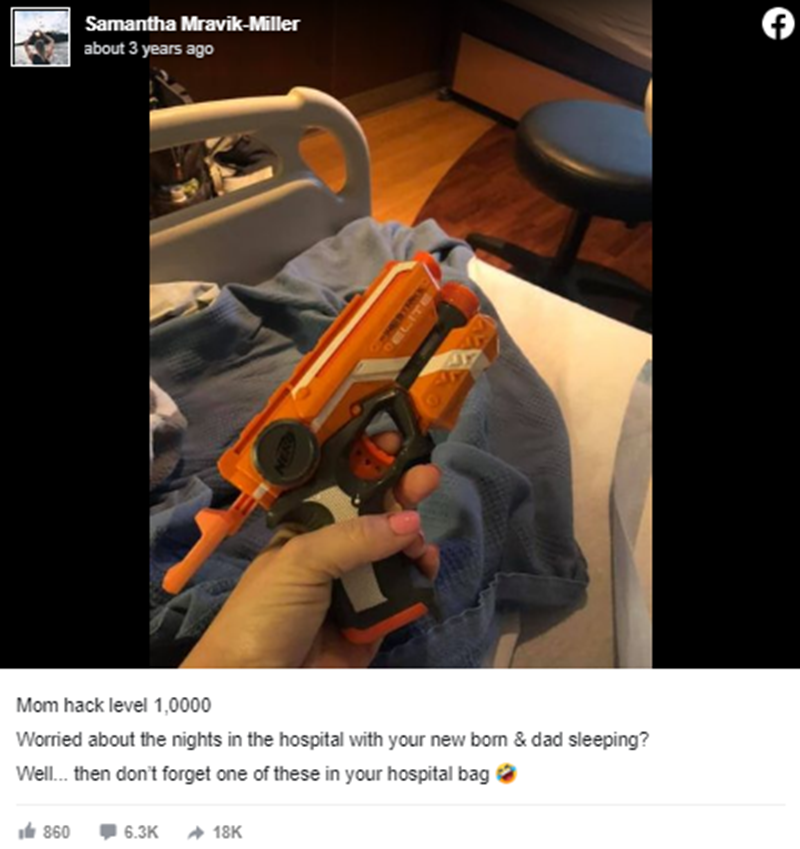 The Mother of three, who lives in Wisconsin, wrote the Facebook Post, saying that her latest hack has helped her finally achieve “Mom hack level 1,0000.”

“Worried about the nights in the hospital with your newborn and dad sleeping?” she wrote. “Well…then don’t forget one of these in your hospital bag.” 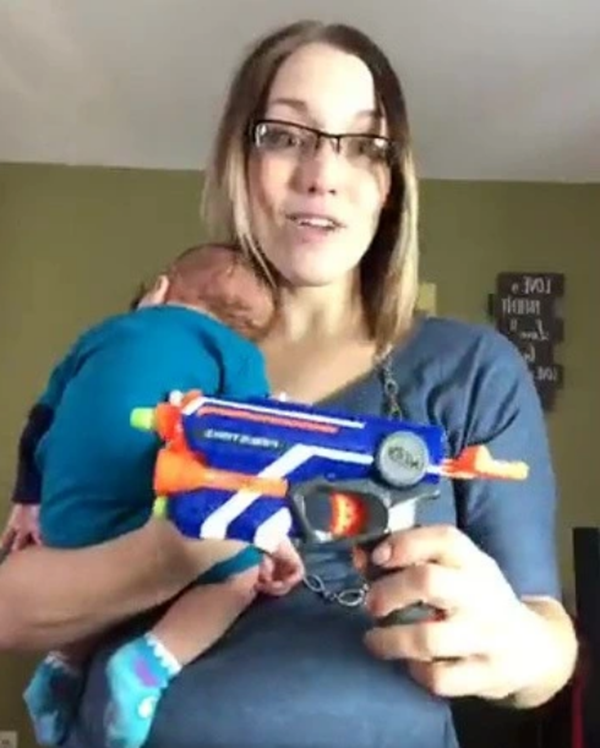 In the post’s accompanying photo, she can be seen holding a bright orange nerf gun, aimed right at her sleeping hubby, who’d fallen asleep in the delivery room. 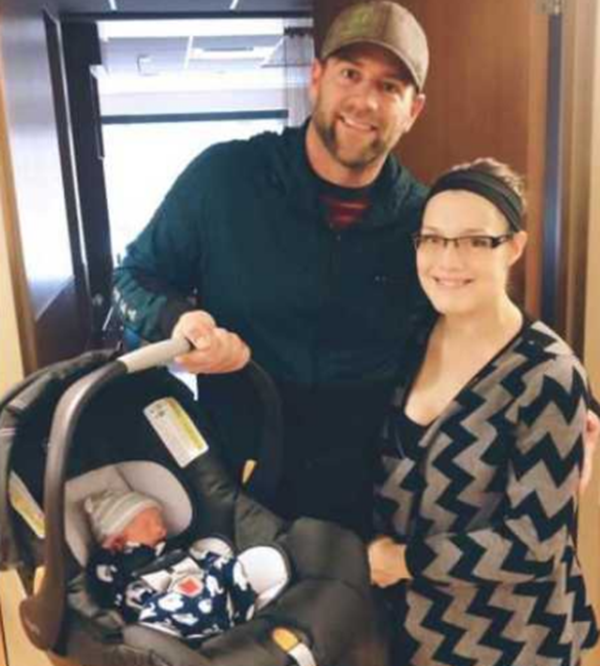 Samatha says she devised this strategy after learning the hard way during an earlier pregnancy. 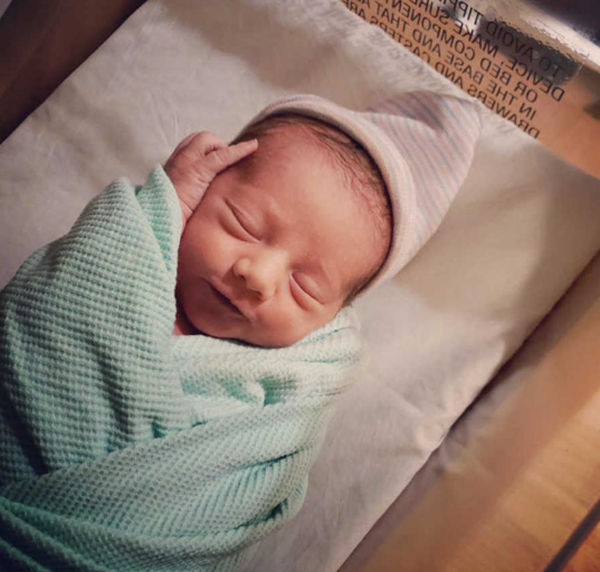 She tells CafeMom that when she delivered Chase, their first son, her husband slept through their baby’s cries every night while in the hospital. Even now, Samatha can remember how much she needed help and rest.

“[Chase] was really fussy after his birth because he breathed in the meconium from having a bowel movement before birth,” she explains. 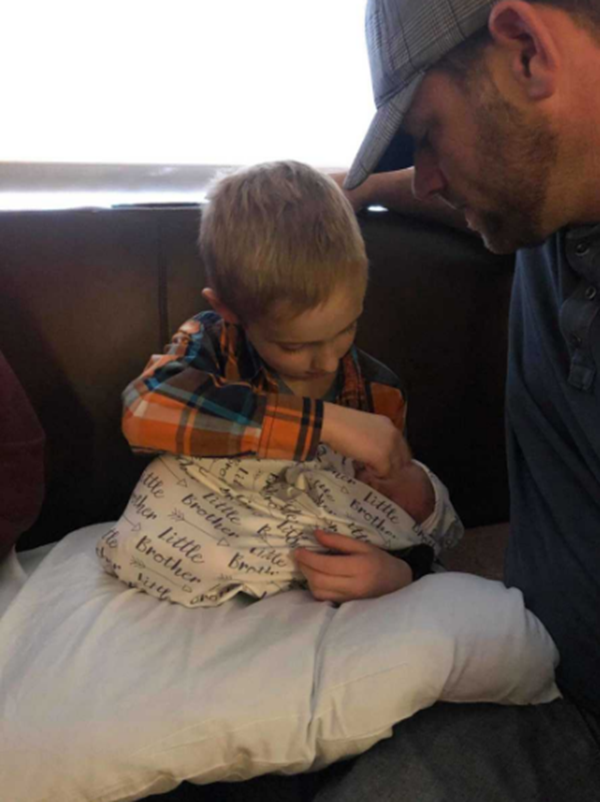 It wasn’t long before Samatha learned how to improvise.

“I remember having been on oxygen, I had no voice. My call button was out of reach,” she shares. At the time, she didn’t have a Nerf gun on hand, so she used what she had available.

“I resorted to throwing a water bottle at him to get his help,” she admits. “And I missed.” 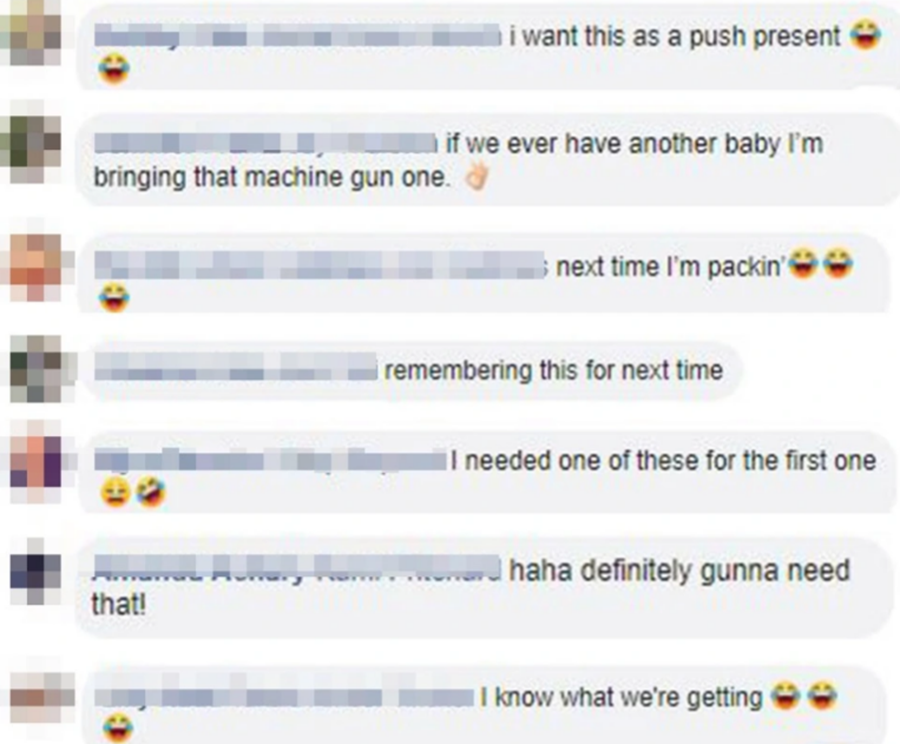 When it was time to give birth to their youngest child, Samantha said she would make sure he didn’t sleep.

While preparing to give birth to their child Laeghan, Samantha already knew what to expect.

“This time I had to have a C-section, so I knew I was going to be less mobile than the last time,” she says. “I thought Heck no, and with the 400 Nerf guns we have and being an all-boy mom, I have some good aim.” 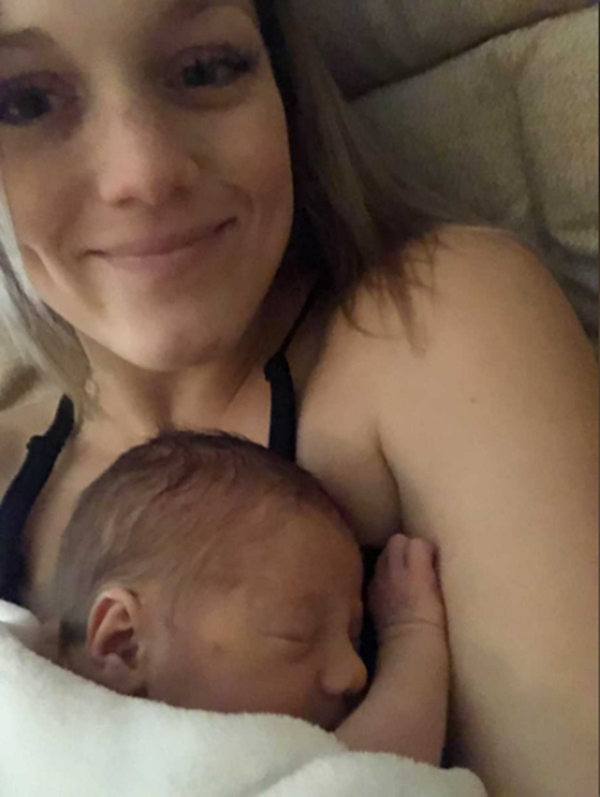 Before heading to the hospital, she slipped one of her sons’ Nerf guns into her bag — and yes, her hubby took notice.

“He was like, ‘Ummm babe…why is there a Nerf gun in your bag?” she recalls. But truth be told, Samantha says she never had to use the toy weapon. (This time.)

“Maybe because he knew the threat was there,” she jokes. Still, she says her husband does have a good sense of humor about these things, so if she had, it likely would have ended in laughter. 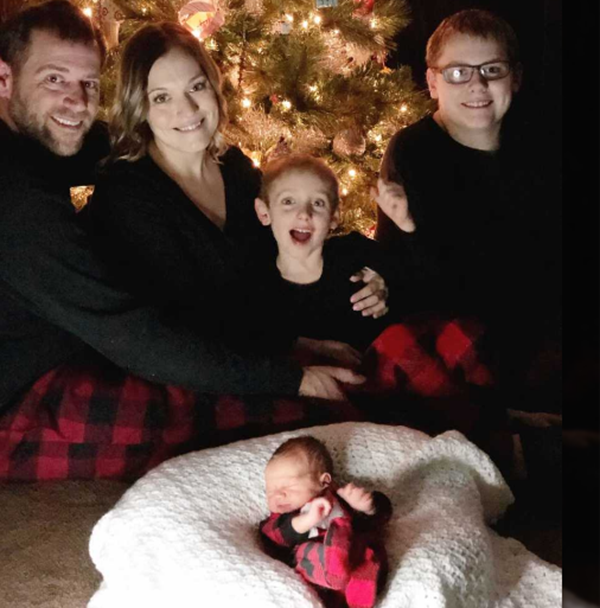 Samantha says that she had a feeling her post was going to resonate with a lot of other moms who’ve been there.

“I knew I couldn’t have been the only mom who looked at her husband snoring away with useless man nipples after birth and wanted to take a shot with a Nerf gun,” she tells CafeMom.

Although the Wisconsin mom loves that her post is putting smiles on other moms’ faces, she also has some good advice to offer women who are nervous about going into labor. “Take it slow. We are never in control, except of the Nerf gun,” she jokes. “It’ll all be worth it in the end.” 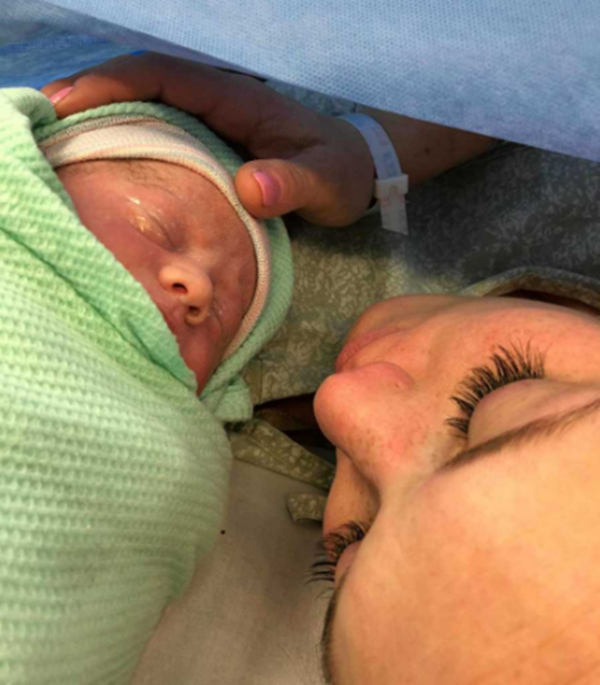