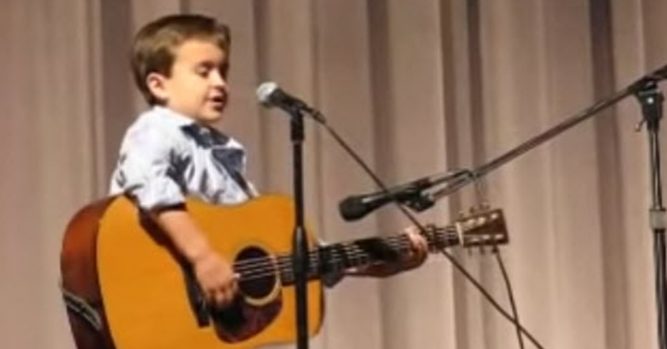 People seem to have a way of singing in their own style. Even if you are only somebody who sings in the shower, you probably have a style that would be recognizable by others if they heard you often enough. On the other hand, somebody who is famous because of their ability to sing is able to entertain crowds of thousands of people because of their unique abilities. It isn’t just about standing up in front of people and making noises that go along with the music, it’s about entertaining by doing something unique.

Of course, we know that there are people who impersonate other singers. Just think about all of the Elvis impersonators, and they do their best to not have their own style but they have the style of somebody who was famous before them. On the other hand, there are some people who sing in the style of somebody else but put their own, unique spin on it. That is the case with the boy in this video, who is known as Little John. He may only be in the second grade but he is able to do something that many adults are not able to do. He can entertain an audience in the best way possible. 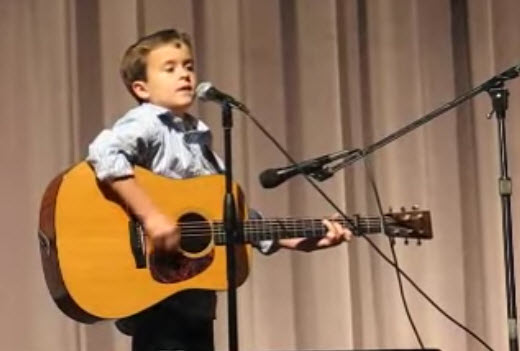 Little John stood up in front of an audience on this day and left them absolutely speechless. When you first see him standing on the stage with a guitar strapped around his neck, it almost seems as if it is too big for him to handle. It doesn’t take long, however, before he shows his ability to do more than handle the guitar, he handles it like a master! That isn’t even to mention the fact that he looks adorable in his outfit. 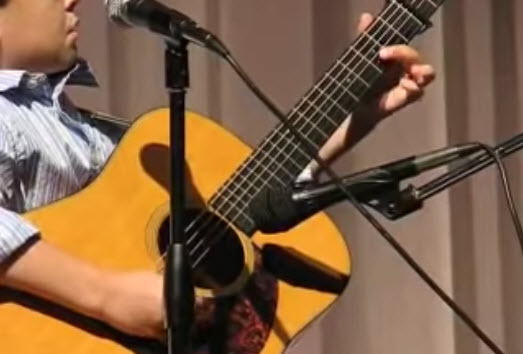 He selected a song to perform that was not exactly the easiest one to do. Some people were even probably concerned about his ability until he started singing the old Johnny Cash song. His voice may be of a young person, but it was absolutely huge when it came to talent. Listening to him sing and watching him play the guitar was one of the most natural things you could possibly think of and that is why he left the audience on their feet, cheering for more. Watch it for yourself in this video: