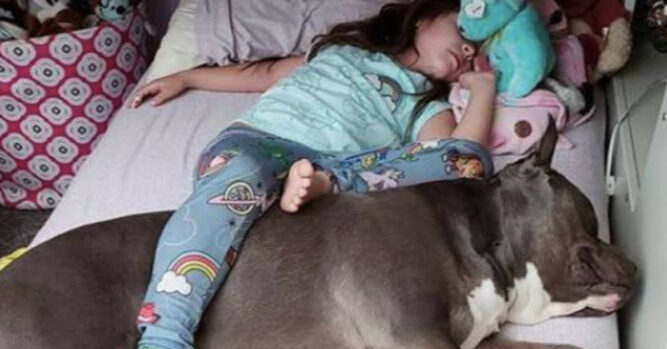 There are many things that we might appreciate about having a dog in the family. For many people, it provides them with a constant companion that is there for them, regardless of the type of day that they are having. They also provide protection and comfort, especially when we tend to be at our most vulnerable. That includes when we are sleeping, and most of us already realize that having a dog by your side can make you sleep like a baby.

It seems as if a little girl named Scarlett has also discovered the secret to getting the proper shut-eye. It comes in the form of a 99 pound pitbull that the family had rescued. When the Geiger family went to Princess Pet Rescue four years ago, they knew that ‘Lebowski’ was the dog for them. Scarlett saw the puppy and the connection was undeniable. 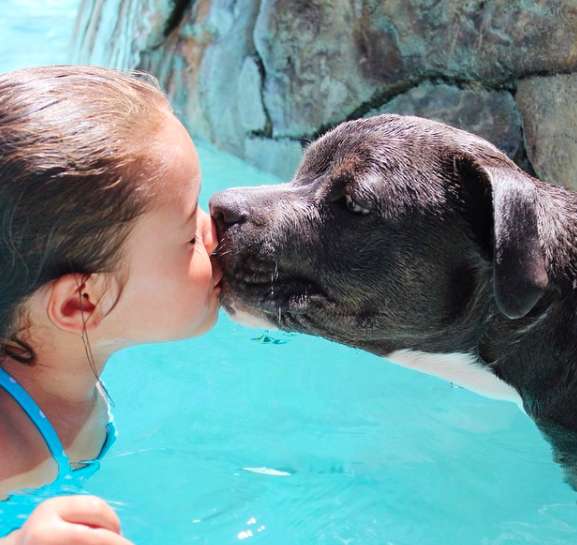 “When Scarlett met Lebowski she was 4 and he was 10 weeks,” Jennifer Geiger, Scarlett’s mom, told The Dodo. “She was so smitten with his cute face and loved everything about her puppy! I’d say they both took to each other immediately.”

It wasn’t long before Lebowski was following his human sister all around the home and was doing everything that she did. Not only did he sit by her side, but he also sat in on some tea parties and even played dress-up. 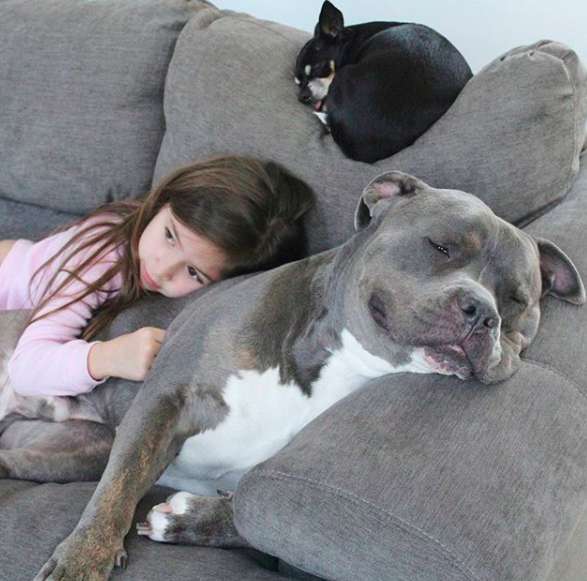 The favorite thing for Lebowski to do, however, was to take a nap.

“Lebowski has curled up to nap by Scar since we first brought him home,” Geiger said. “They’ve passed out on the couch together countless times.” 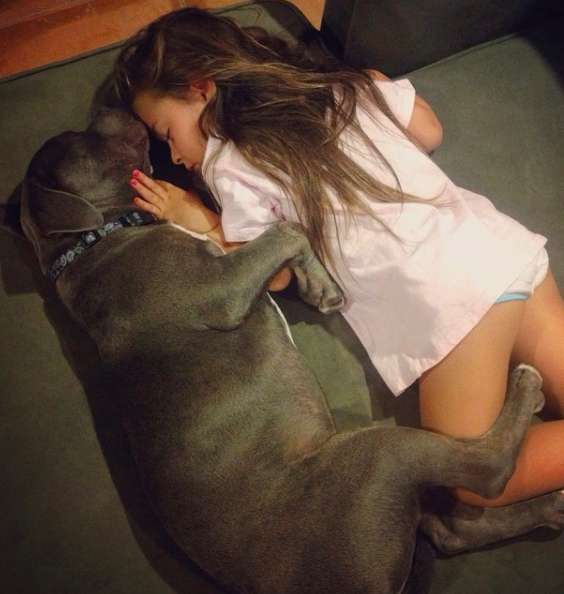 Lebowski would disappear at night when he was around eight months old. “I’d panic because there were times I’d wake up in the middle of the night and could not find him,” Geiger said.

They would eventually find him hiding under Scarlett’s bed, just ‘like a monster’.

It continued to happen until one night, they opened Scarlett’s door and saw Lebowski crawled up in her bed, sleeping beside her. “He made himself cozy by her side and he hasn’t stopped since,” Geiger said. 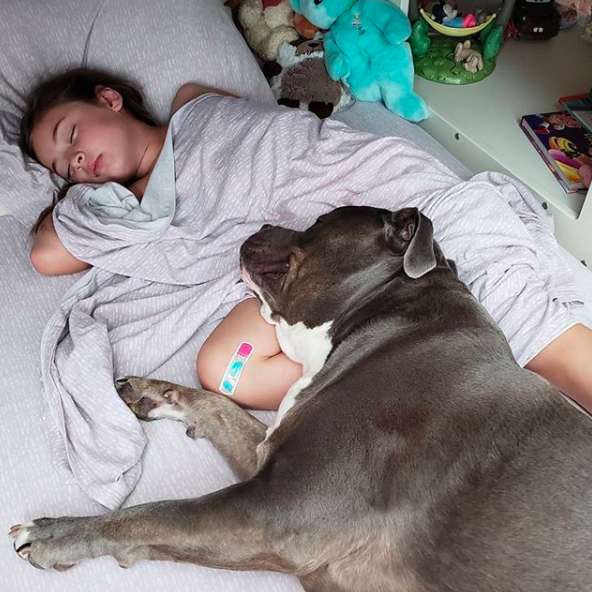 Scarlett is still sharing her twin bed with Lebowski, four years later. “These two always sleep better together,” Geiger wrote on Instagram, “Wherever it is they sleep in this house, it’s always together and that’s all that matters to them.”

She even took a video of them snuggling:

As long as Scarlett is at home and not on a sleepover, Lebowski will find his way into her room. “We tell him ‘go to bed’ and he heads straight to Scar and snuggles up,” Geiger said. “It’s the sweetest thing.” 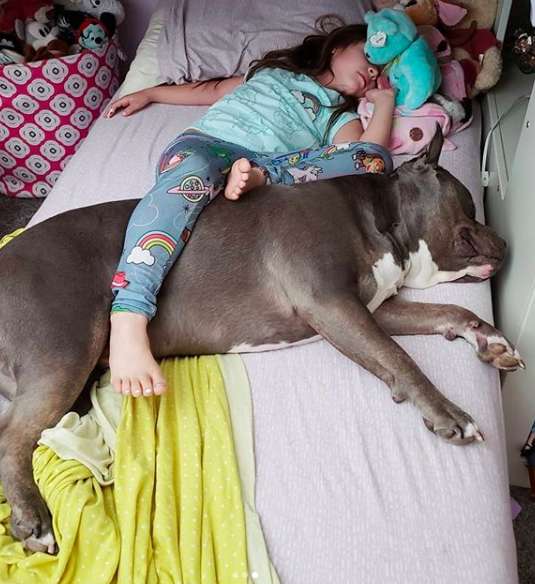 “He keeps a close eye on his girl and mopes around when they’re not together,” she added. “Their bond is so very special and we feel blessed to witness this love as they grow together and adventure through life.”