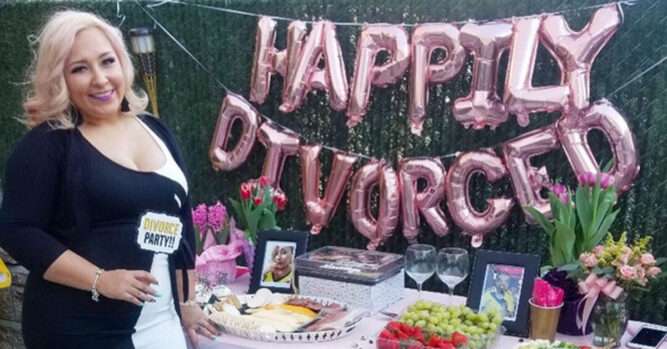 Marriage is an institution that unites two individuals and forms a family. It is also something that many of us celebrate, usually on an annual basis by throwing a party. On some of the bigger occasions, including some of the milestones during the marriage, the party can be very expensive and elaborate. Then again, things don’t always go as planned and sometimes, a marriage may end in divorce.

What can you do when your marriage ends in a divorce? You can follow the example of one woman in the United States that has been trying to divorce her husband for years and now that she was successful, she is throwing herself a divorce party. Catherine Navarro is a 34-year-old woman from New Jersey and she married her now ex-husband, Marc when she was 20 years old in 2005.

Catherine had what you may consider to be a whirlwind engagement. They made the decision to get married and then a week later, they were actually saying ‘I do’. All of the family and friends were in on it and they pulled together the last-minute nuptials at the City Hall in New York City. It all sounds good so far. 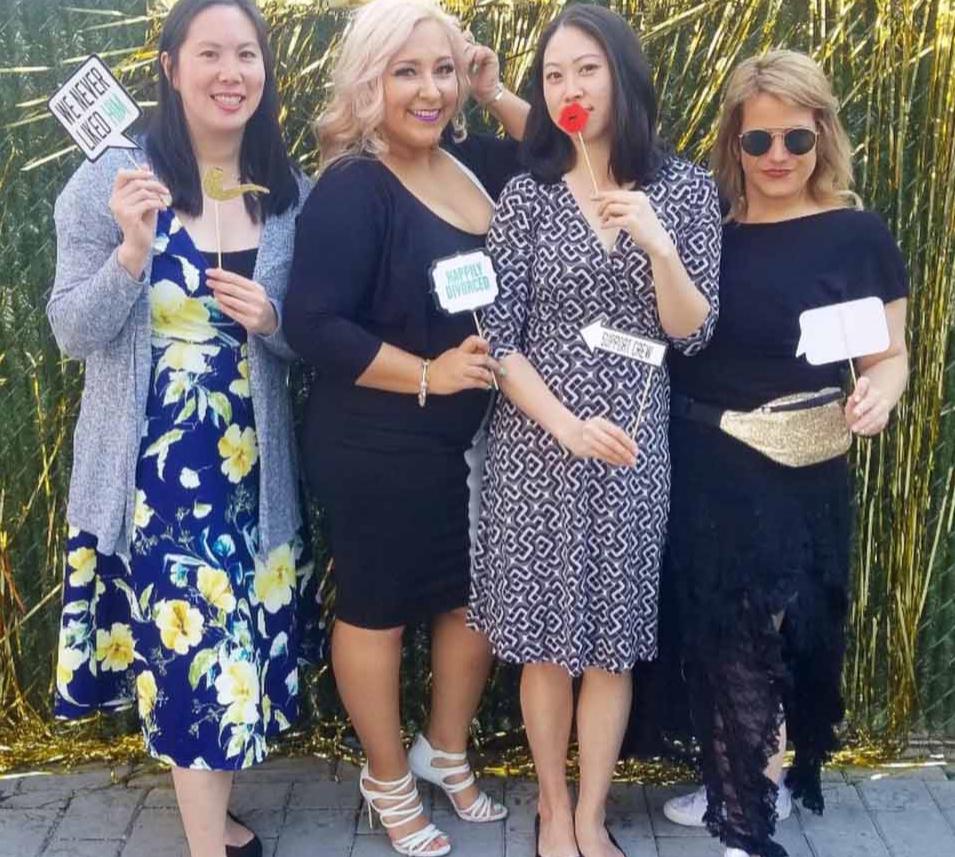 It wasn’t long before things started to fall apart. By the time 2012 rolled around, Catherine was filing for divorce in order to escape her ‘toxic’ marriage. Marc refused to sign the papers and then he disappeared. She continued to look for her husband so they could get a divorce but it just wasn’t happening.

On March 18 of this year, things finally turned around when she got the news that a divorce was being granted. To help her celebrate the moment, she decided that she would throw a divorce party and she had the support of her friends.

“Honestly, I thought he was joking at first because we’d been drinking and were on a dance floor in that moment, but a few days later he followed up about my dress and flowers

“I immediately called my best friends – who all attended my divorce party – before heading straight to the shopping centre with my mum, where I found a stunning white silk dress for just £80

“I ordered a two-tier white cake with lilies on the side. As I’m always multitasking, I ordered it while getting my nails done and instructing my best friend to pick up lights and decorations that would ultimately set the mood for a reception in my parents’ living room.

“On the day, the weather couldn’t have been more perfect, it was an absolutely gorgeous day for a ceremony at City Hall in New York City. Witnesses included my best friends, my bridesmaids, and of course, my mum. 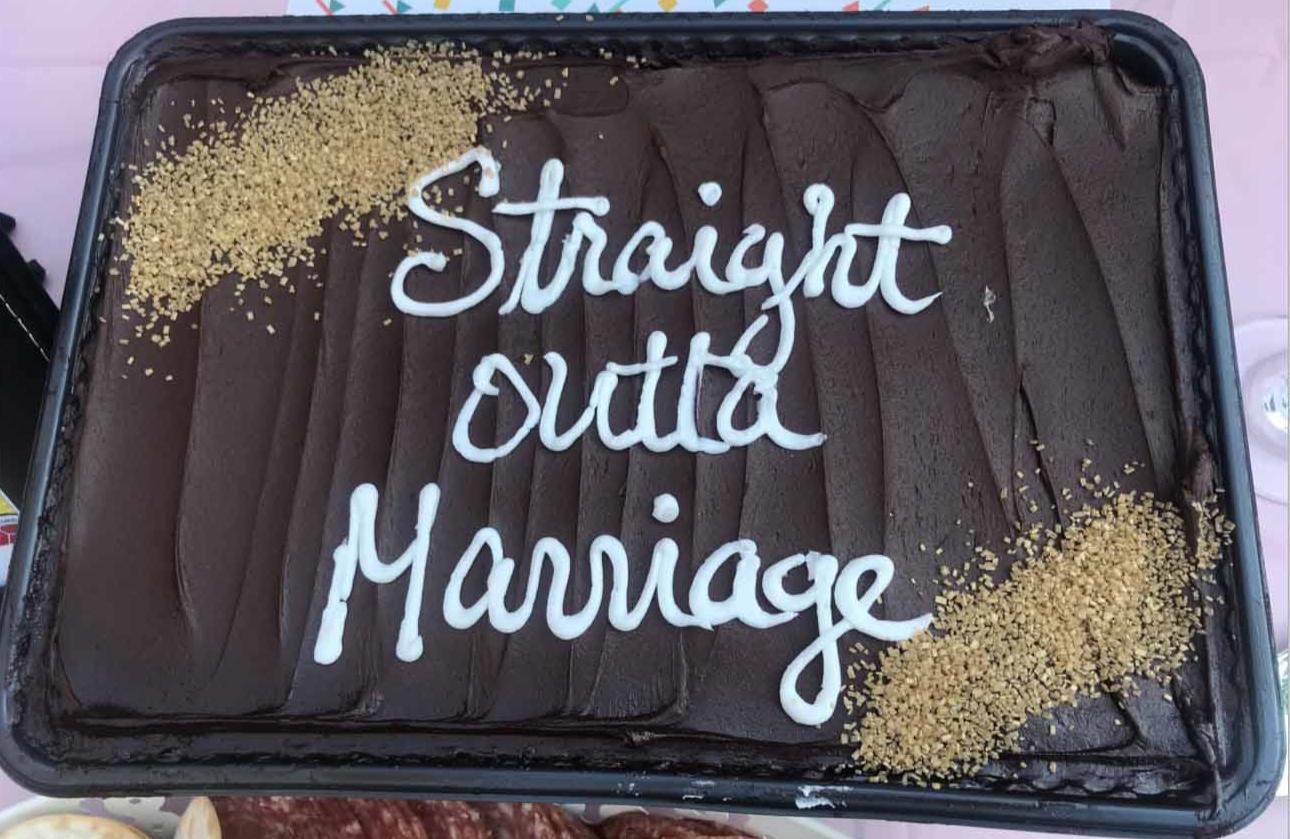 “I realized not long into the marriage that I didn’t know him at all and there were too many secrets. The first divorce proceeding started approximately seven years ago, and lawyers were involved, but he refused to agree to the terms.

“So, it goes in blind love, I eventually gave up on the idea and instead vowed to continue working on our marriage. Ultimately, we separated and during that time, which spanned nearly a decade, I tried to file for divorce multiple times, but he refused to sign the papers.

“When things fell apart again, the road to the final divorce was quite the journey. Marc vanished off the face of the planet and I didn’t hear from him or have any idea where he was.

“When this sort of thing happens, when you can’t find your husband anywhere, and desperately want to cut legal ties, there’s an option to file for divorce in their absence – but you have to prove you’ve looked everywhere.”

She was trying to track down her husband and had to prove that she gave it her best shot. Eventually, she was granted a divorce.

The occasion was celebrated with 30 of her friends at a fabulous party. They were able to enjoy cupcakes with frosting that spelled out ‘boy, bye’ as well as a larger cake with the incredible phrase ‘straight outta marriage’.

“It had been years in the making, but the day I finally got divorced, my closest friends, who’d seen me through this whole journey, and I decided it was time to manifest the occasion with an incredible party that would celebrate my new beginning,” said Catherine. 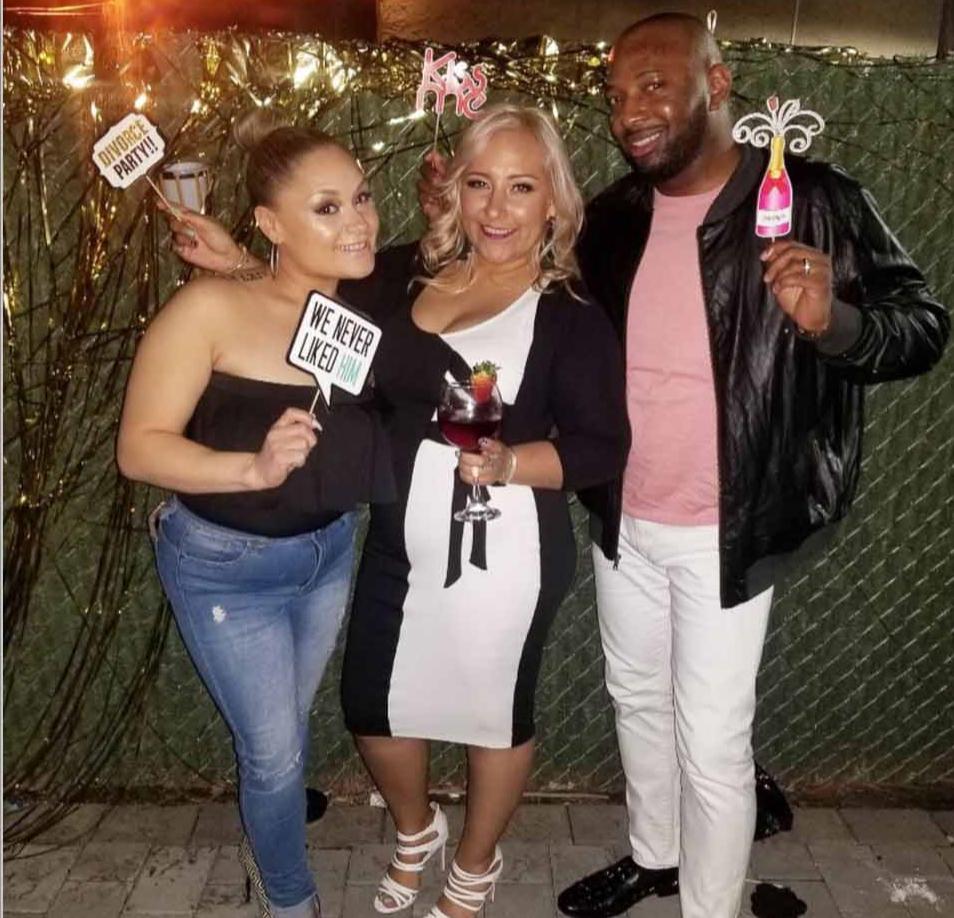 “I was so excited to finally have my maiden name back and be rid of him. It made me so happy. As soon as it was finalized I felt like I was 20 again and had a new chance at love.

“Party highlights included a decadent cake which had ‘straight out of marriage’ written on it, surrounded by happy photos of me when I was single. We had cupcakes with custom made toppers that had cheeky phrases on them, such as ‘boy, bye’.

“The balloons said, ‘happily divorced’ and there was a cinematic ‘finally divorced’ sign which served as the photo backdrop. Of course, we also had loads of festive props, and my favorite was a sign which read ‘we didn’t like him anyway’, because my friends didn’t.

“Party food was simple, composing of light bites, a meat and cheese platter, fruit and chicken wings. We ate, laughed and danced the night away. It was fantastic. 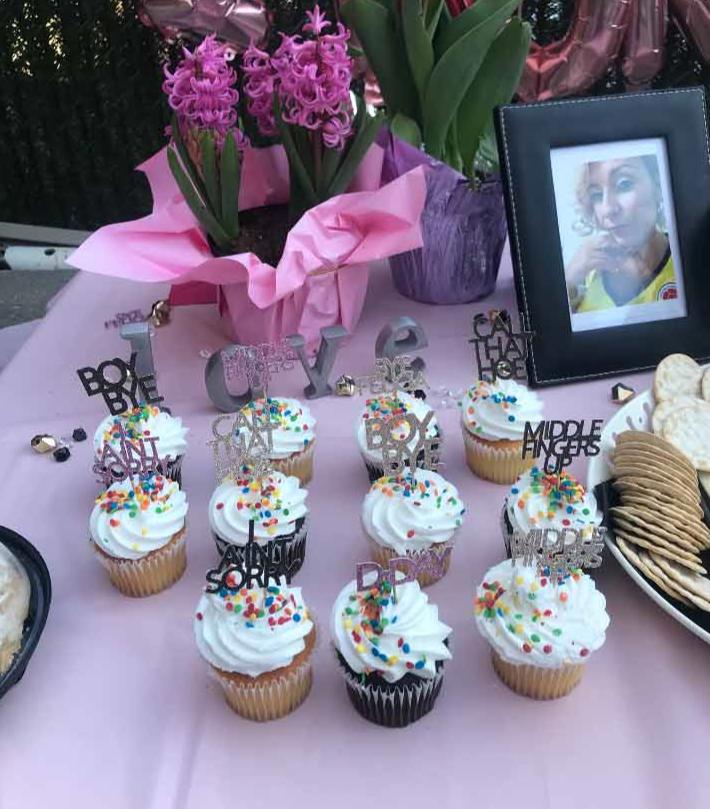 “I’d definitely recommend a divorce party to anyone else if it’s a happy occasion which brings joy, rather than drudging up old memories.

“Everything happens for a reason, and for me in the end it all happened for the best. Don’t dwell on the past and instead accept the lessons that every experience provides.

“Life is too short to be in a relationship which doesn’t make you happy – lawfully or not.”

Catherine is now able to start her new life as a single individual. It seems as if she worked hard and the party was just the icing on the cake.