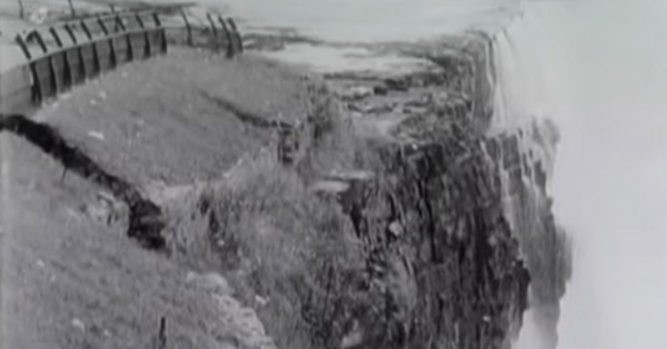 If there is one thing that is true about the world around us, it is the fact that it is constantly in motion. When we look at it through our human eyes, however, we may not recognize all that is going on. We tend to see things as being permanent and never changing but it only takes one event to remind us of just how much things change. Not only that, something that we might have thought was never going to move or change might be changed instantly, and without warning. Perhaps that is how some people felt in 1954.

Have you ever had the opportunity to go to Niagara Falls? It is a part of the world that has the ability to take your breath away. For many years, it has been a popular destination for young couples on their honeymoon but you don’t have to be a newlywed to enjoy it. Regardless of whether you are looking at the falls from the Canadian side or from the United States, it is breathtaking. That being said, most people agree that seeing it from the North provides a much better view.

In 1954, the falls experienced a change that would forever change what people were seeing. They knew that it was coming because of cracks that were forming in the earth but then, in an instant, tons of rock, dirt and debris tumbled from the face of the falls and down into the river below.

Fortunately, the entire event was caught on video. If you have never had the chance to see it before, this is one you will not want to miss. You can watch it and listen to the old time news announcer in this video: