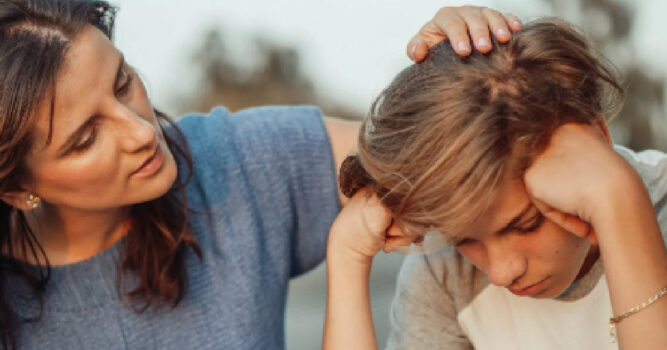 When it comes to moms, hugging just seems like such a natural thing. Most of us love hugging our mom. It’s a warm feeling of security, love, and safety. 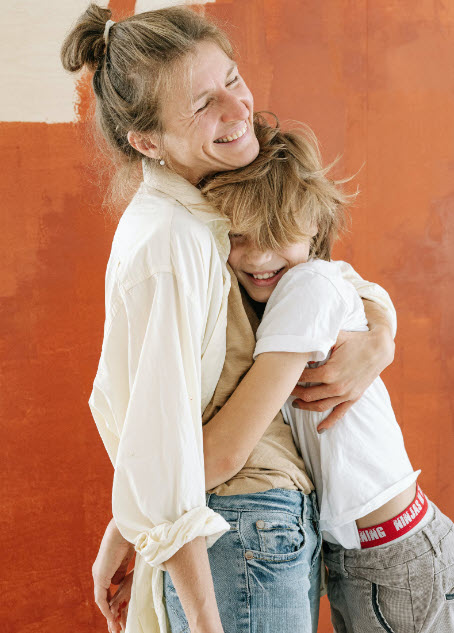 However, not everyone enjoys that kind of physical contact. And one mom wrote about her experience on Reddit with her son, saying that she told him how she didn’t enjoy hugging and says that now he feels hurt and resentful. She began her post by explaining to the Reddit Community how she isn’t a touchy-feeling type of person.

“I know this sounds bad, but hear me out,” she asked before going into her story and a question. “Ever since I (F37) was 5 I have generally hated physical contact with most other people. I refused to hug or kiss my parents, didn’t hold hands with family/friends etc, hate maintaining eye contact and the like,” she said.

“I think may parents were bothered about it as I grew up but just accepted it and it really wasn’t an issue,” she admitted. 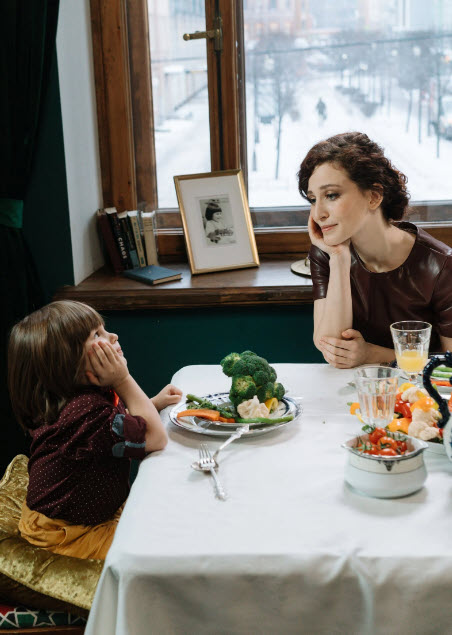 She says this aversion had been with her since early childhood.

“I have always hated the custom of hugging friends when we meet up and I detest cheek kissing. I know this is weird but it makes me physically uncomfortable, but I only have a small circle of close friends who have known me forever and it’s not been an issue,” she shared. 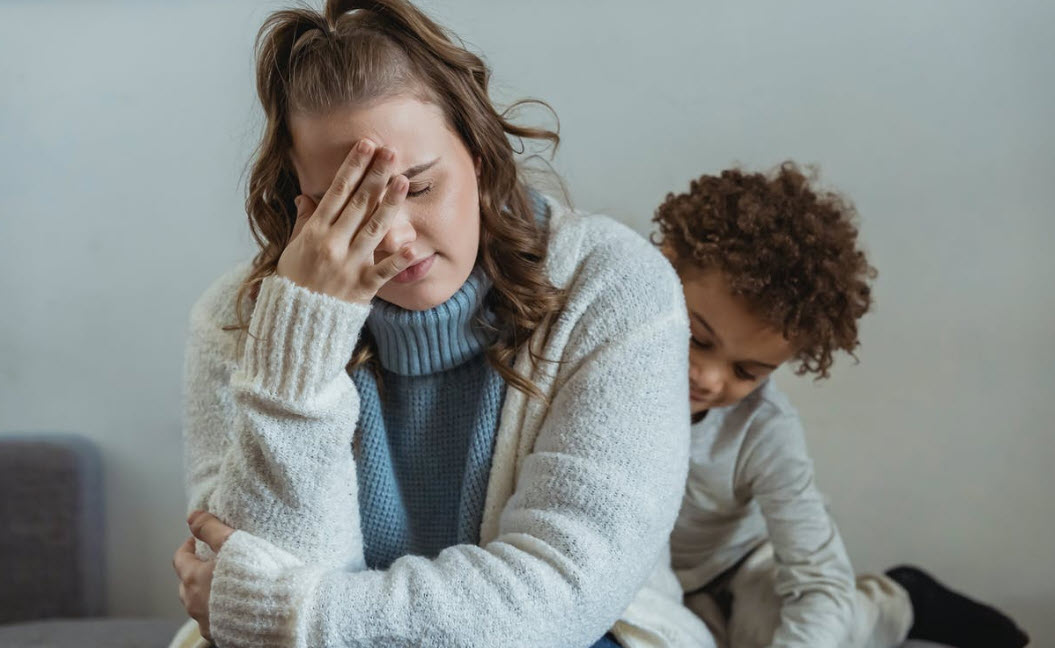 This strong feeling remained even after she became a mother.

“I had a son when I was 27 and obviously love him thoroughly and as a baby he had plenty of cuddles etc,” she said. “But since he was a toddler I haven’t really had much physical contact with him. I find it uncomfortable (don’t know how else to put it .. I have a revulsion?).”

For the most part, she did not feel that her child was bothered by her avoidance or thought it was strange, writing: “he has plenty of attention, I’m just not cuddly with him. (we have private handshakes/fist bumps etc.).” 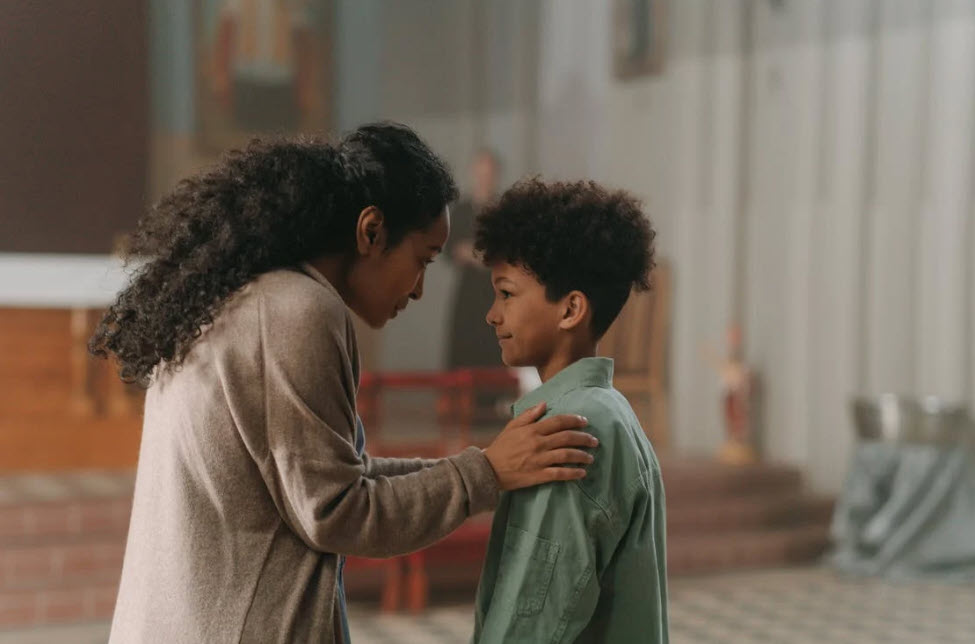 “But the other week, he told me it bothered him that all the rest of our family/his stepdad cuddles him but that I don’t,” she said. “I tried to explain it, but I’m not sure as a 10 Yr old he could understand. I feel rotten about it but it’s not just him, it’s evidently how I’m wired,” she said.

“But here’s where I may be TA, with my partner I am always snuggled up, we are very close physically (and I always have been with sexual partners),” she admitted. “But to me physical contact is only for one person, the one I am with, anyone other than that and it feels wrong/awkward/horrible to me,” she said.

Now she feels that perhaps her son seeing her being so affectionate physically with her partner might be sending him mixed signals.

“I’m wondering whether I shouldn’t show so much physical affection in front of my son,” she questioned.

She also said she talked to her own mother about this, and her mom offered a piece of advice. 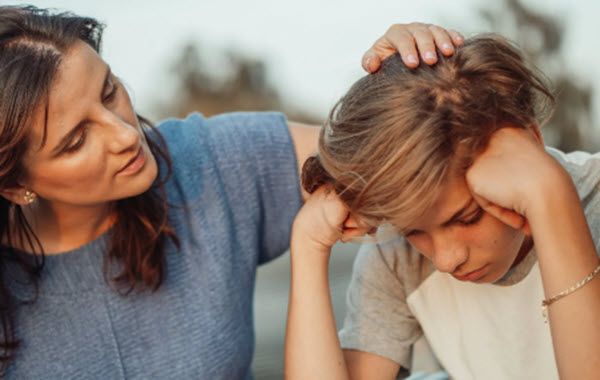 “My mum thinks I am TA for this, I should either hug my son as much as my partner or keep physical contact with my partner strictly private,” she shared. “And that I should just ‘get over it’ and put up with feeling uncomfortable hugging my son,” she said, adding that when it comes to her feelings, they don’t count “when it comes to that kind of situation.”

The mom assures readers that her son does not lack in love even if she’s not physically affectionate with him.

“I do not starve my son of physical contact. He often lies with his legs over me, I tickle him, we have secret handshakes, I hug him,” she said. “I also explain my feelings to him and we discuss his feelings. I just don’t feel comfortable cuddled up face to face with him.”

Still, she wished to know Redditor’s thoughts, and folks were not shy about sharing their opinions. 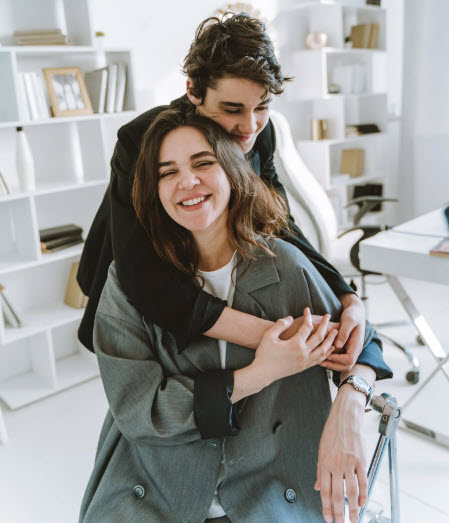 “I’m reluctant to give a judgement, but as the daughter of a mother who, like you, hates to be touched: We notice, and it hurts. I spent most of my childhood touch starved,” one person replied. “Please seek help before you damage your son further.”

“You need therapy not a reddit thread. Cuddles aren’t repulsive for someone you choose to be sexual with but are for the child that came out of you?” another commenter replied. “Like how am I not supposed to be heartbroken for that little boy? YTA because as soon as you realized you wouldn’t be able to give your son love and warmth you should have spoke to a professional. F—, you should’ve addressed this before having a kid. I grew up in a family that didn’t show affection and 39 years later the therapy never ends.” 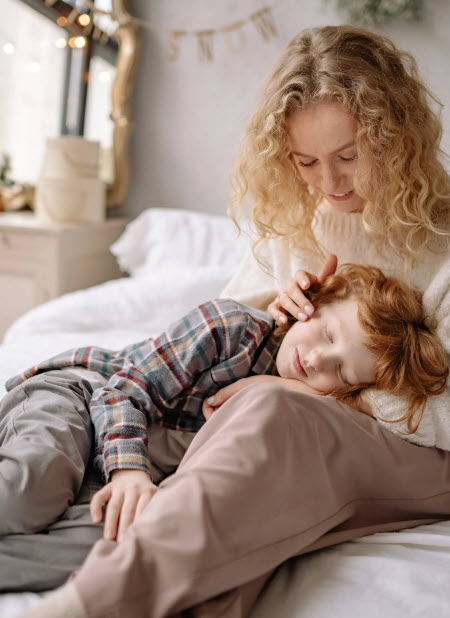 “Your son’s feelings matters more than yours,” another person wrote. “Most kids require lots of hugs and cuddles. By age 10 they’ve usually out grown it but seeing you with your partner cuddling after you haven’t been affectionate like that with them for years would hurt any kids feelings. Don’t pass your issues on to your kid.”

Someone else agreed. “Honestly, would it KILL you to show physical affection once in a blue moon? The fact that your 10 year old actually came up to you with this should tell you how much it affects him.”

Another Redditor suggested this issue could be much more damaging than the mom realizes. 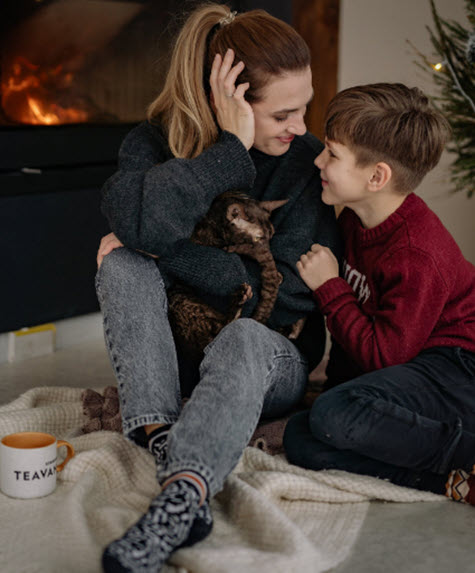 “This is something that upsets your son and you seem to be very dismissive of it,” the person wrote. “There is also a significant amount of studies done on the effect of lack of touch on early childhood development and the need for physical contact as a species. Overall, I think this is above Reddit’s pay grade. I would recommend researching into the psychology and the experiences of children who grew up with parents who refused showing affection through physical contact.”