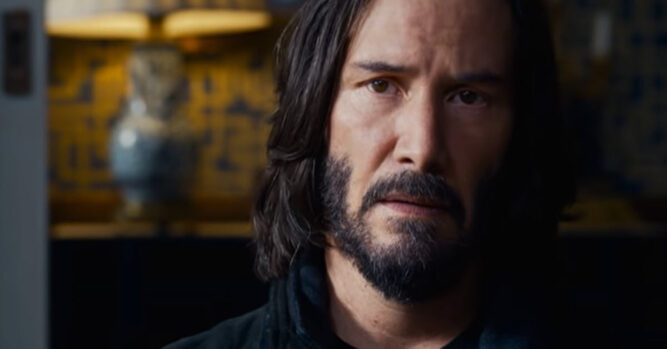 Have you ever noticed how there are certain movies that just seem to be a big hit from the moment they are released? Perhaps your mind goes to such blockbusters as Star Wars, the Indiana Jones Movies, or Back to the Future. Any of those movies are more than something we enjoyed watching when we were younger, we truly appreciated the fact that they mean a lot to our children when they watch them as well. There is also another show that we may share with others, although it is not exactly as child-friendly as some of those that we mentioned. I’m talking about The Matrix.

When The Matrix was first released, it really changed our perception of movies in many ways. Not only did it have an amazing amount of action throughout the entire movie, but the plot was also interesting and it took special effects to a place where they had never been before. Anytime we watch it, even by today’s standards, it’s absolutely incredible. That isn’t even to mention the other two movies that were part of the trilogy that we loved watching as well. Now there is another movie that is dropping, The Matrix Resurrections. Perhaps you’ve heard about the movie but haven’t had the opportunity to see much about it. That is understandable because there hasn’t been much released up until this point.

The Matrix Resurrections is due to be released in December. You will be able to watch it at the movie theaters, if possible, but you can also watch it on HBO Max. It is sure to be an amazing experience, but you don’t have to wait until then to hear about it.

Thanks to the release of the official trailer, you get to see that there are some old favorites that are coming back to the movie and some new people that are sure to be favorites after the movie. You can see the video below: