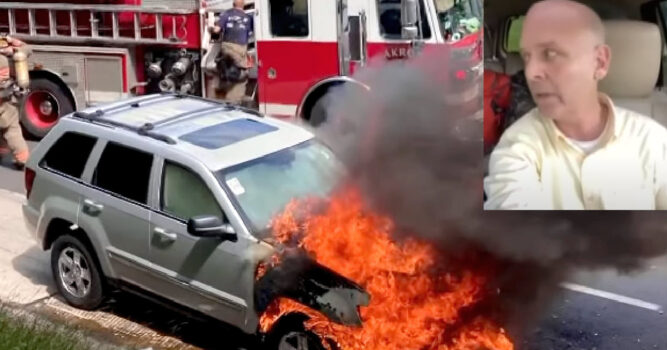 In Greenville, South Carolina, as John Hansen was traveling to Cleveland, Ohio, to pick up a For Expedition he was driving back home, he had no clue that he would be involved in the most memorable road trip of his life. 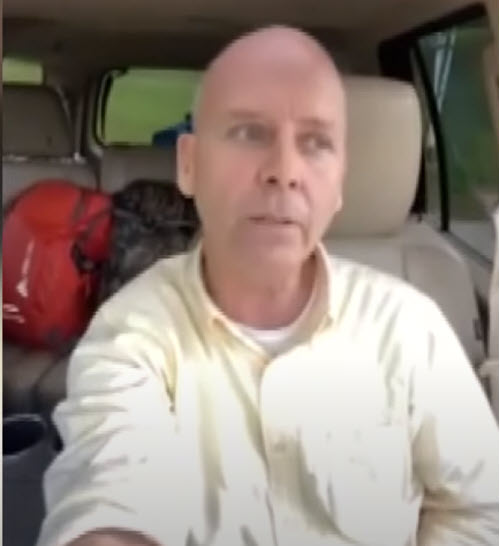 Everything began well enough, as John settled a price with the car’s owner and then made his way to Cleveland. But as he was driving on I-77, about 10:57 am a silver jeep passed him — on fire.

As we watched the surreal scene unfold before his eyes, John saw the driver pull over to the shoulder of the road. However, he did not exit his vehicle and seemed almost unconcerned or unaware that the flames under the front of his car were growing higher and higher.

“He pulled off to the shoulder of the road and sat there on the phone and I pulled in front of him in case his vehicle exploded,” he later told WKYC-TV. 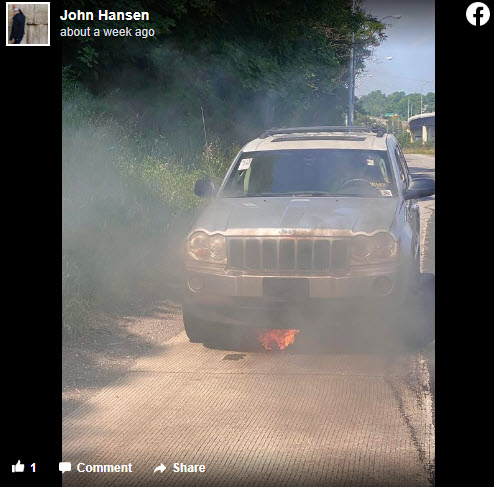 “The elderly man driving the rapidly growing bonfire just sat in his car having a leisurely conversation on his phone,” Hansen wrote. “I guess he could see the steam coming from the radiator but not the fire ramping up under his seat.

“It was already over 90° Fahrenheit in the Akron area and was about to get even toastier for this guy relaxing in his mobile fire pit. I ran up to the burning Jeep and knocked on the door and politely asked him to get out.

“He looked up at me and seemingly rather reluctantly opened the door and got out, taking his time to remove some items while I captured a pic from the front of the vehicle of his laid-back exit.

“He then went around to the rear of the vehicle and proceeded to remove the rear license tag. I assumed he must have wanted to turn it in for a refund since by now his vehicle was definitely ON FIRE.” 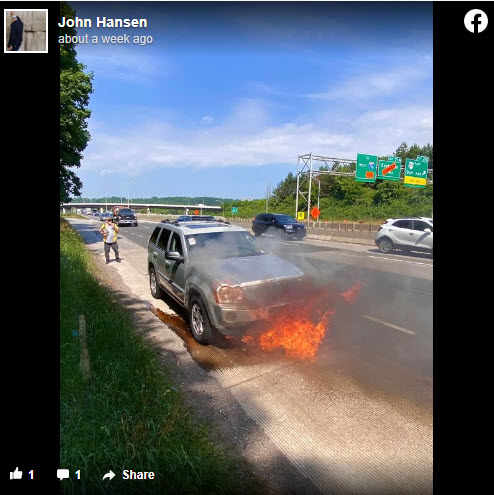 After the man was finally away from the dangerous situation, the car started to explode not a second too late. 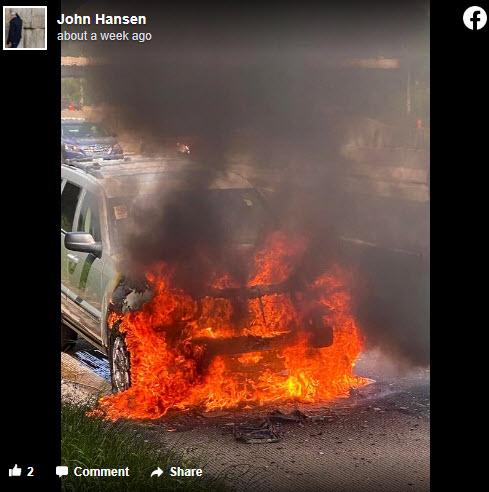 At 11:08 am, the Akron Fire Department arrived on the scene and soon put out the blazing fireball.

“When they sprayed that vehicle, I mean in seconds that whole… well, you couldn’t see anything for a bit, like soot was, soot was flying in the air and everything, and then all of a sudden, it was out,” Hansen said.

According to a representative of the Akron Fire Department, they had responded to three separate car fires on that day alone. As the days heat up, they remind people to maintain their vehicles and be aware of the possibility of overheating and possible fire. 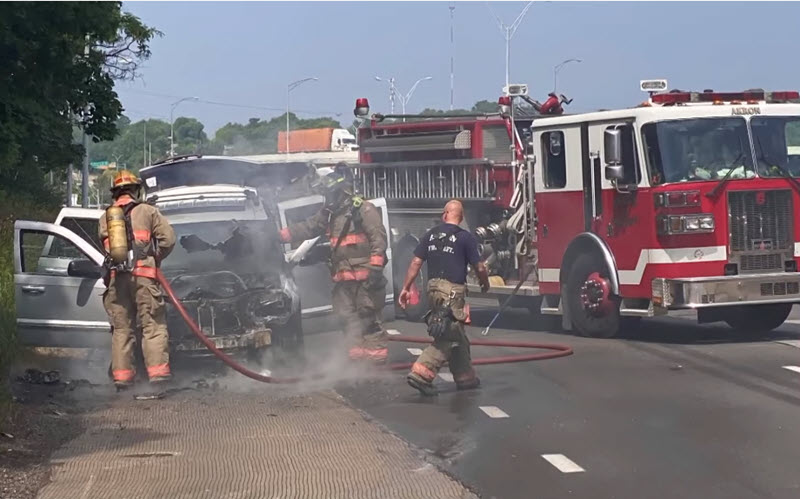 Unfortunately, it seems the older man didn’t really talk to Hansen or acknowledge his help, as he was more concerned about the damage to his car, but he wasn’t distraught as one would expect for someone to be who had a close brush with death.

However, Hansen says he’s no hero and that the man could have probably made it out in time on his own. Nevertheless, others on social media disagree.

“Praise the Lord you came along!” one person wrote. “It sounds like things might have been a lot worse for this man if you haven’t.”

“He would have figured it out when he remembered that model Jeep didn’t have a seat heater,” Hansen quipped. 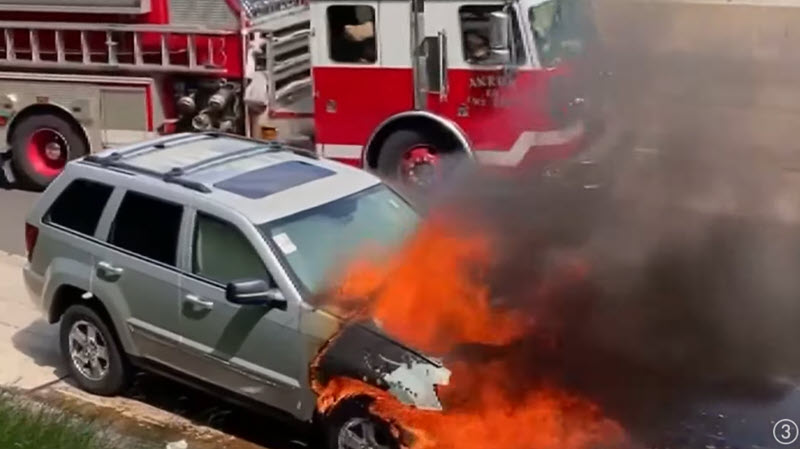 Either way, there were no injuries reported.

After less than thirty minutes on the scene, Hansen continued his journey, only discovering after he stopped for lunch that he was still wearing a reminder of his earlier heroics.

“I left the scene at 11:13 am and proceeded on down the interstate until I stopped for lunch,” his post continued. “When I entered the restroom I looked in the mirror and discovered to my embarrassment that I had been traveling with black soot streaks all over my head and face.

“I went into action with the hand soap dispenser and walked out of the bathroom ready to face polite society again with no visible reminder of my too close encounter with the high pressure Akron Fire Department car-fire suppression activities.”