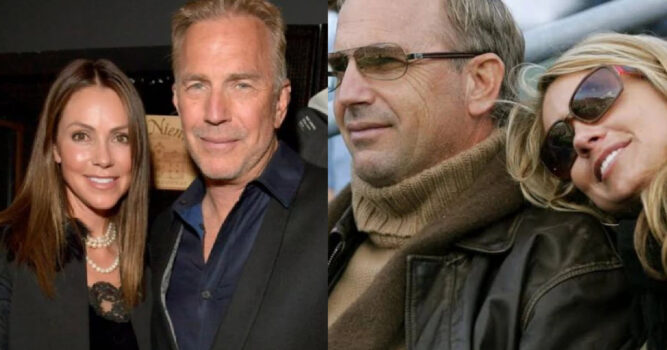 During the late 80s, at the peak of his Hollywood career, Kevin Costner looked back on his success during an interview and surmised:

”I would imagine some people are probably surprised to see me in the position I’m in.”

It’s gratifying to look back on those who doubted you from the rearview mirror of success. However, for most people, the biggest critic doubting their success is the person in the mirror. The same was true for the Academy Award-winning actor, who at one point was unsure about becoming a father out of fear.

In 2000, when Kevin met TV personality Christine Baumgartner, They both knew they had something very special. However, two years later, the couple would break up, although they managed to stay in touch. Eventually, they would rekindle their romance and eventually marry in 2004. However, as Kevin tells it, their reunion had more to do with his wife’s patience than anything else.

And in 2018, he shared with Closer Weekly how they postponed their wedding because Christine wished for children, and he did not want any at that time. The actor made the brave admission that he was being controlled more by fear of failure than anything.

“I was afraid I couldn’t be an effective father.”

It’s sobering to know that even those who’ve reached the heights of professional success by overcoming their fear of failure can still succumb to it in other areas of their lives. But, for over 18 years since that time, the couple remained happily married with three beautiful children. It took Costner many years before he found his true love, and now that he has, the actor is determined never to let her go.

Wise words, as we all know, how hard it can be to say those two words, especially during or following a heated argument. People are stubborn creatures, and often, that trait, more than anything, can get in our way.

“Our partnership has really come into focus about what we do for each other and how we deal with our family,” Costner told People in 2020.

“Our house is like a river: You’ve just got to get into the flow of it,” Costner added. “And whatever you thought it was going to be, maybe it still can, but it’s going to have to work with what the day brings.”

You can also watch a video below featuring  Kevin Costner and Christine Baumgartner’s intimate western-themed wedding.