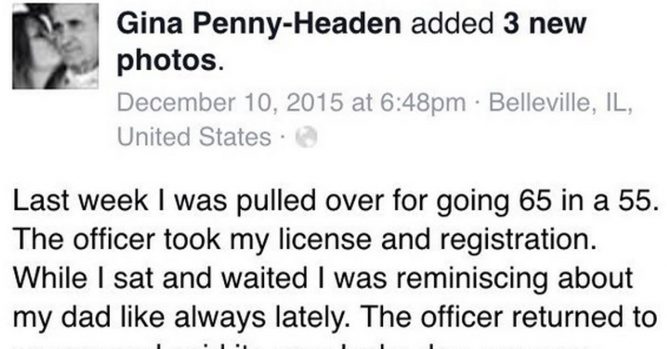 One of the most difficult situations we may find ourselves in tends to come out of the blue and we don’t actually know what is happening until it is too late. It’s something that is avoidable, but very few of us really think about the consequences until we are sitting in our automobile and the blue lights are flashing in the rearview mirror. I’m talking about getting pulled over for speeding, and it is one of the more frustrating things we can experience because it is like taking money, rolling it into a ball and throwing it out the window. At times, it may even happen at the absolute worst time in our life.

The woman in this story was going 65 mph but the speed limit was 55. She was sitting in her car after the cop had already taken her driver’s license and registration. She then started to think about her father, who had died recently. That is when she started crying and was alarmed when the policeman came up and started knocking on the window. He asked her what was wrong and she told him that she had just lost her father. The cop told her to slow down for a minute and take a breath. He talked to her for a little while but perhaps the most touching moment was when she got a card in the mail. 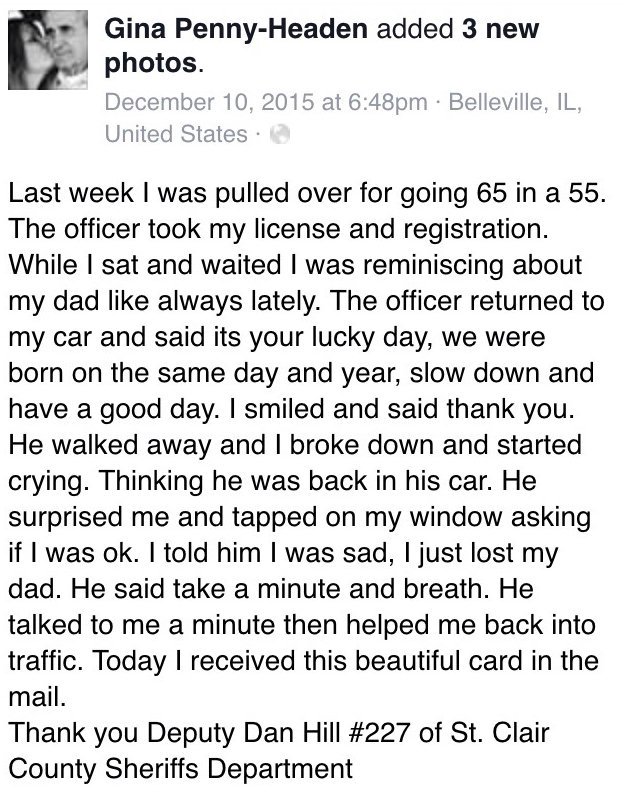 Police officers have certainly seen their fair share of problems in recent months. The fact of the matter is, however, there are plenty of cops out there who do a fantastic job and they wouldn’t take advantage of us or do the wrong thing in a bad situation. This cop helps to restore our faith in the entire system. 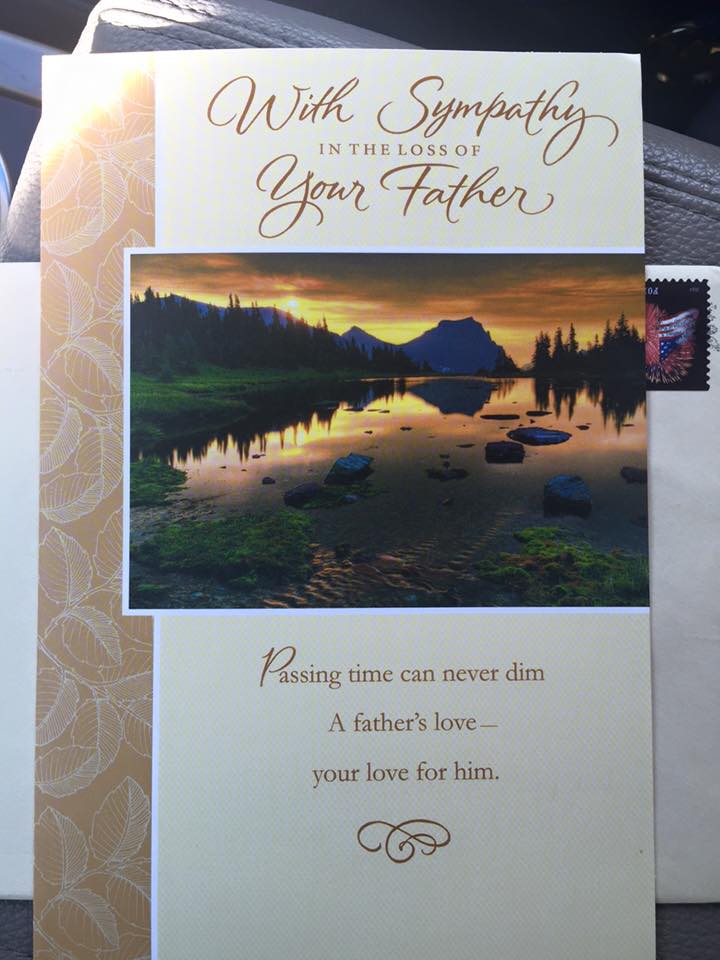 When you are pulled over, it can be an uncomfortable situation but give the police officer some respect and consider their safety. You may just end up having a good experience out of something that is typically all bad. 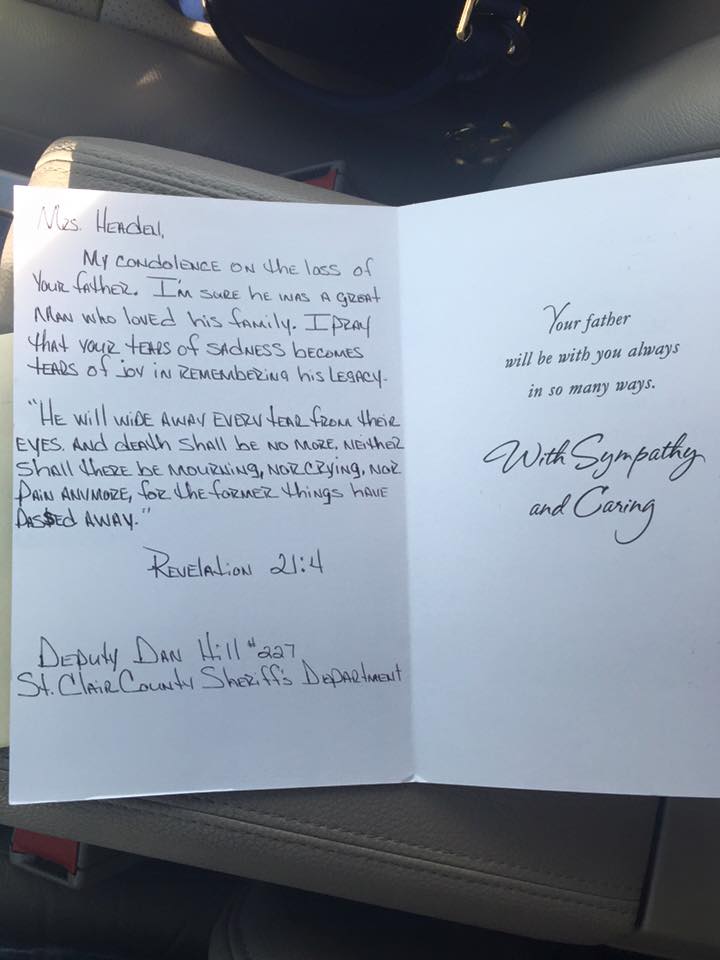