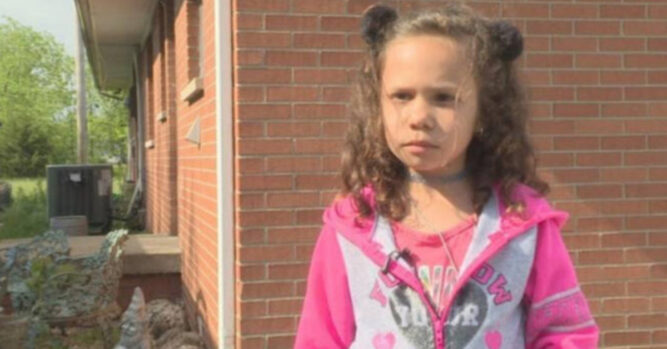 When you were in school, did you have a bully? I’m sure that most of us had to deal with a bully at least some time when we were going through grade school. Some of them may have picked on us when we were at recess or they may have done so in the classroom. We might even have a bully when we get older, because it happens in the workplace and it can even happen at home. Bullying is serious and it’s a problem that needs to be corrected.

Even though most people are familiar with bullies on the playground, they may not be aware of them in the lunch room. The fact is, however, it is happening more and more often and there is a serious problem with ‘lunch shaming’ that we are hearing about regularly. It happens when a student isn’t able to afford their lunch because they don’t have enough money in their account. Some schools will serve them a basic meal and others may refuse to serve them altogether. When the kids are singled out, it is typical for the classmates to tease them.

Anya Howard is a six-year-old student who is going to kindergarten in Indiana. She was also ready to eat food at the cafeteria and had already picked up a tray of hot food to pay for it. Unfortunately, she was sent to the back of the line because she didn’t have enough money in the account to pay $2.25 for lunch.

This wasn’t a situation that was handled privately, 20 of the other classmates saw her get rejected at the last minute. She waited at the back of the line and eventually got a peanut butter and jelly sandwich.

She said that the students were ‘laughing at us’ for being sent to the back of the line.

The little girl was not able to handle the classmates that were giggling at her so her grandfather is doing it. He used to be a teacher and he wants the district administrators to look into the cafeteria policies.

Her grandfather, Dwight Howard, said: “When she was talking to me about it, she was more than ‘sad’. I mean, that’s embarrassing for a little 6-year-old.”

The district policy states that if an account goes under five dollars, they get a reminder. This family was not notified about the account and it was down to $.10.

“They waited until there was a dime left, denied her the opportunity to eat the lunch that she had [been served and tried to pay for] and then she had to go to the end of the line to wait for a PB&J,” he said.

A statement provided by a district official said the denial of lunch is standard procedure.

“It is not an uncommon occurrence for multiple students to be served the alternate lunch on any given day,” Kent DeKoninck, Greenwood Community Schools superintendent, said in an email sent to News 8.

“Any time this happens, our staff looks to handle all of these as discreetly as possible. … We do allow elementary students to charge two hot meals before receiving the alternate meal,” he said.

Howard is not happy with what they had to say. He feels that it is humiliating and unnecessary for any student to take the ‘walk of shame’.

The school district has taken action since then. A payment reminder and note was sent to her parents saying the children would not be allowed to get a hot meal if the accounts were left unpaid.

“Starting Monday 5/13/2019 we are no longer allowing any Café accounts to go into the negative,” the note from Southwest Elementary School reads. “If there is not enough money in your child’s account to cover the entire meal, they will be receiving a peanut butter sandwich and a milk.”

The cafeteria worker or school principal have not provided any public comments.