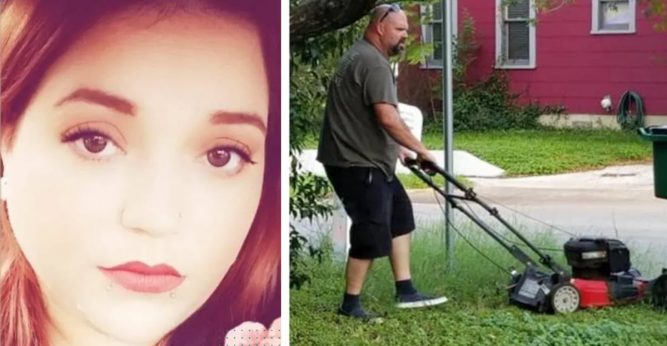 Divorce is a very difficult experience for everyone involved. When a married couple can’t make their relationship work and resort to divorce, it affects not only themselves as two individuals, but also their children and even extended families. Generations can be affected by a divorce, and the uglier the divorce is, the worse the fallout can be. What most people hope for, I think, is that a divorce is as civil as possible. It’s not easy to maintain civility in these situations. There are emotions involved, and in many cases, one party has injured the other in some way, whether it’s just a loss of love and affection or even something as serious as infidelity.

I have a lot of admiration for couples who divorce well, and by “well,” I mean they divorce without creating hell on earth for the kids, grandparents, friends of the family, and anyone else involved. To remain friends with your ex is admirable, to say the least. I can tell you that my ex and I have had our ups and downs over the years, but we’ve done fairly well. However, he has never done anything for me for free. If I needed his help with something, I paid him. He has some basic skills in home repair and things like that, and it hasn’t been unusual for me to hire him to do a job occasionally over the years. 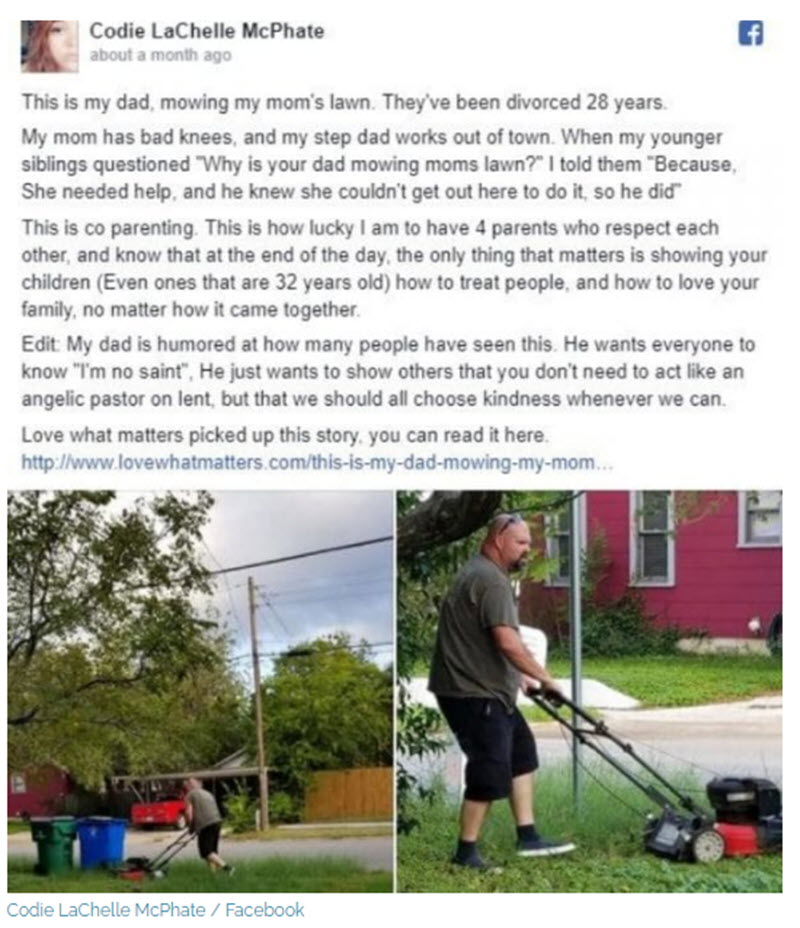 But would he do something for me for free? Because he’s just a good person? No way. He’s just not geared that way, unfortunately. However, I’m going to tell you about a man who is geared that way. A woman named Codie LaChelle McPhate put a story on Facebook (the actual post is no longer available) about her mom and dad, who have been divorced for 28 years. The young woman was so in awe of her parents that she felt compelled to share it on Facebook. In the post, she shared a photo of her dad mowing her mom’s lawn. Now keep in mind, they’ve been divorced for nearly three decades. 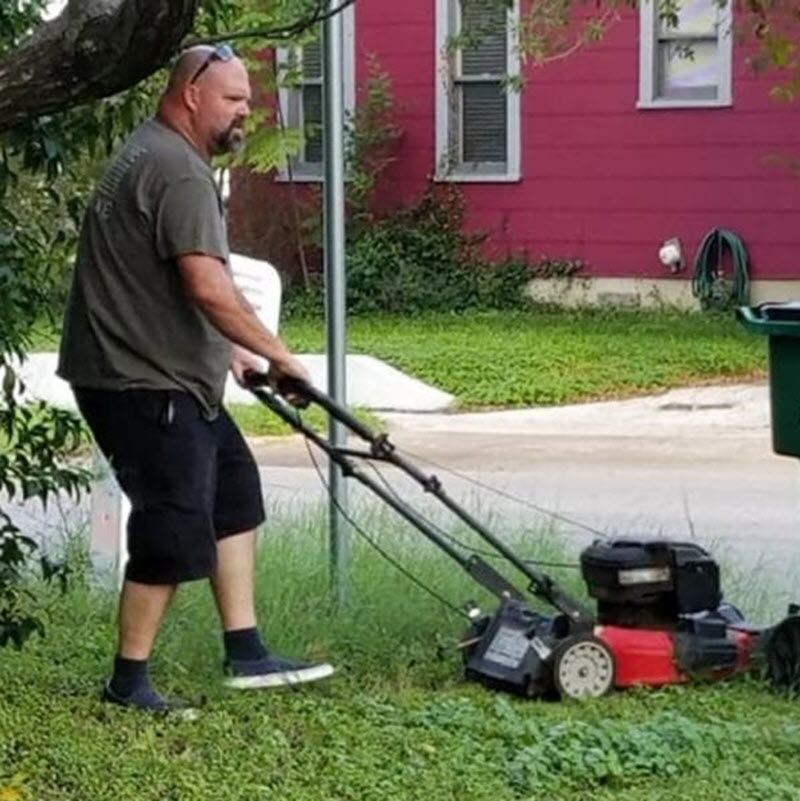 The family’s younger children weren’t aware of what this was about, but Codie knew exactly what was going on. “My mom has bad knees, and my stepdad works out of town. When my younger siblings questioned, ‘Why is your dad mowing mom’s lawn?’ I told them, ‘Because, she needed help, and he knew she couldn’t get out here to do it, so he did.’”

To Codie, this is what co-parenting is supposed to look like. And don’t think Codie doesn’t realize how blessed she is. She totally does. “This is how lucky I am to have four parents who respect each other, and know that at the end of the day, the only thing that matters is showing your children (even ones that are 32 years old) how to treat people and how to love your family, no matter how it came together,” she said. 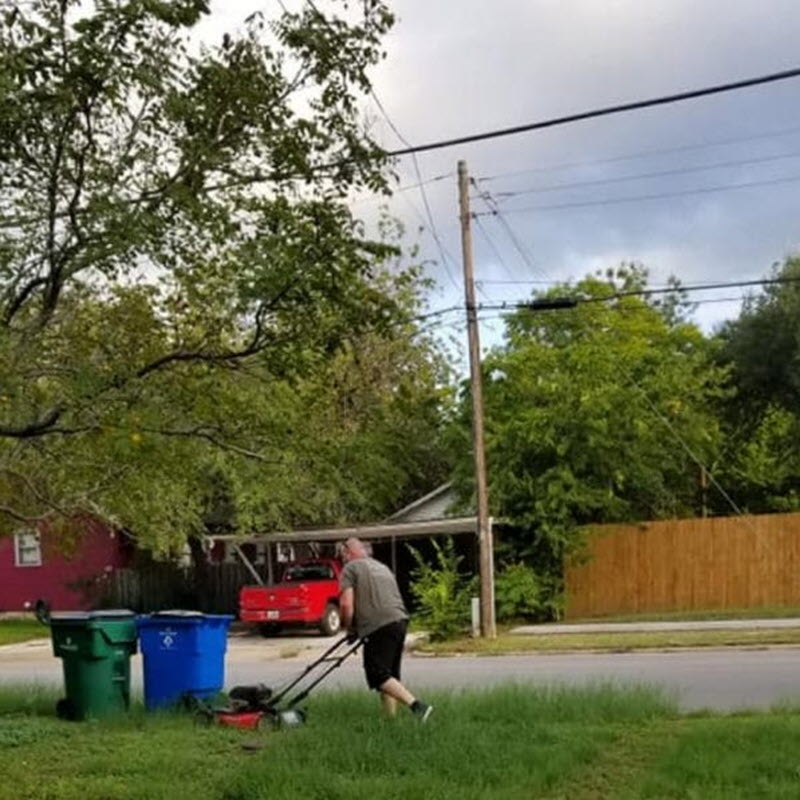 The interesting thing is that her dad doesn’t live near her mom. They were in Texas on vacation, so not only did he do something nice for his ex-wife, but he did it for her while he was on vacation. He wants to be clear that he’s “no saint.” He just wanted to show people that you don’t have to be a jerk just because you’re divorced, and you can actually take some initiative and be a good person. He said that when he and Codie’s mother made the decision to divorce, they made the conscious decision to behave like adults and treat each other respectfully and with compassion.