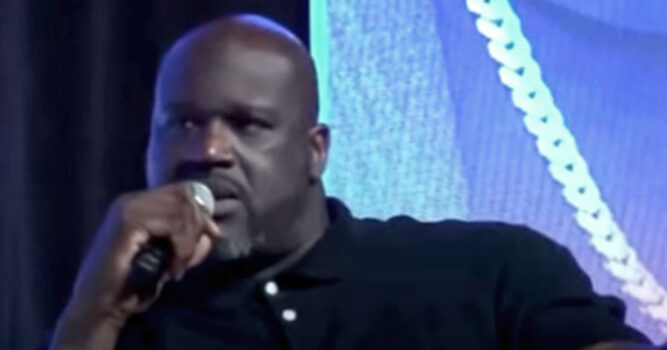 On any given night in Los Angeles, you can find any number of rich, spoiled, entitled children of famous celebrities and business people partying in clubs and spending their parents’ money like there’s no tomorrow.  Most of us assume that children of rich parents pretty can pretty much do anything they want because their futures are assured. However, not all rich celebrities endorse this line of thinking. And recently, NBA legend Shaquille O’Neal put to rest any questions about whether or not he’s raising “entitled” children.

Shaq is with an estimated $400 but has no intentions of just handing over all his cash to his children. Nope, not happening! 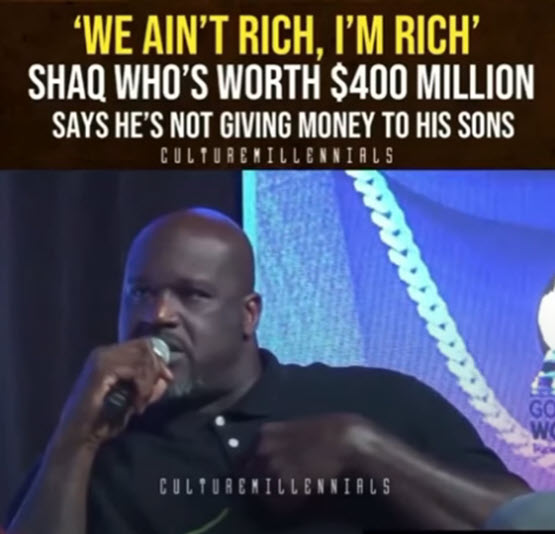 While Shaq is definitely basketball royalty, he made it clear that his kids have no official title or claims to his fortune. He recently sat down and take about his parental philosophy on an episode of the “Earn Your Leisure” podcast.

What happens when a global icon meets a global pandemic? Season 2 of #ShaqLife premieres with two episodes back-to-back on Thursday, December 2 at 9/8c @shaq is back! pic.twitter.com/bURhJf2QiZ

Now, how does Shaq feel about nepotism? Not in my house! He says.

The NBA legend explained that he’s already told his children at length how they will have to earn their own money and doesn’t believe they should automatically be entitled to his fortune just for being his kids.

Of course, as you can imagine, his kids did not take that news well. It’s not hard to see where they’re coming from. After all, their dad has so much money, it’s only human to expect that he would share a bit of it with his progeny. But, Shaq’s having none of it and says that he had no intention of giving any of his kids a dime they don’t earn themselves.

He also went on to explain how he expects all six of his children to graduate from college and start earning a living just as anyone else does.

💰 – Shaquille O'Neal has said he won't share his $400m fortune with his kids as 'they gotta earn it'.

He said: 'My kids are older now, they kinda upset with me – not really upset – but they don't understand. Because I tell them all the time. We ain't rich. I'm rich' pic.twitter.com/cALRN7eAYd

Shaq went on to say that should one of his kids come to him with a business idea asking for his investment, he fully expects them to make a professional, comprehensive, and compelling proposal just as anyone else would before he would consider doing business with them.

I like my new line of kids shoes so much, I had them made in King size. #ShaqShoes #CheckThemOut pic.twitter.com/LYl4lruSBv

Folks listening to the podcast, by in large, agreed with Shaq.

However, others weren’t so sure he was sending the right message. 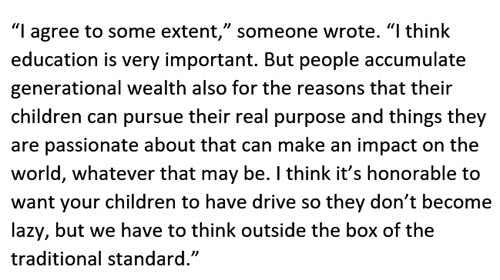 And others wholeheartedly disagreed.

Many also pointed out that even adults who suddenly found themselves with unearned wealth, such as lottery winners, have had their lives ruined by the sudden influx of money and zero skills to manage their fortunes. 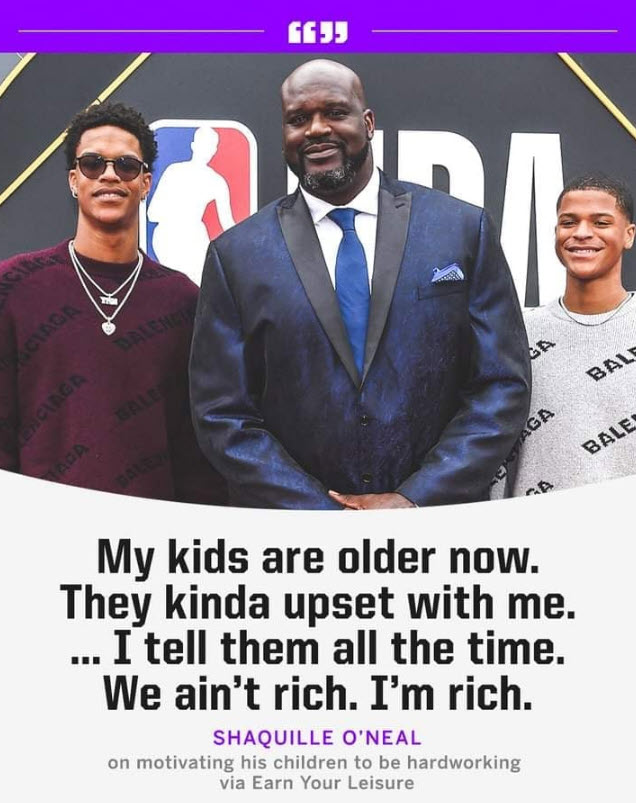 You can also watch a video about Shaq’s interview below.

What are your thoughts about Shaq’s parental style? Let us know, and please be sure to pass this story along to your friends and family.