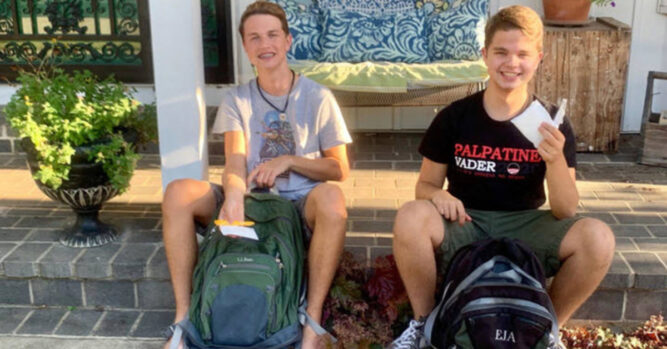 There is something that 26% of the people on earth have to deal with on a monthly basis. It is menstruating, and it is something that one out of four people live with. The problem is, even though there are so many people who have to deal with it regularly, it is a taboo subject and most people would never even discuss such things in public. If you are a mother of a teenage daughter, you realize that there may also be some issues that go with it as well.

One woman decided to do something about this in her own household and as a result, she inspired people around the world. It doesn’t have to do with her daughter, it has to do with her two teenage sons, Elijah, 16, and Mike, 15. She posted information about how she raised her children in a private Facebook group, Pantsuit Nation and it ended up spreading around the Internet. 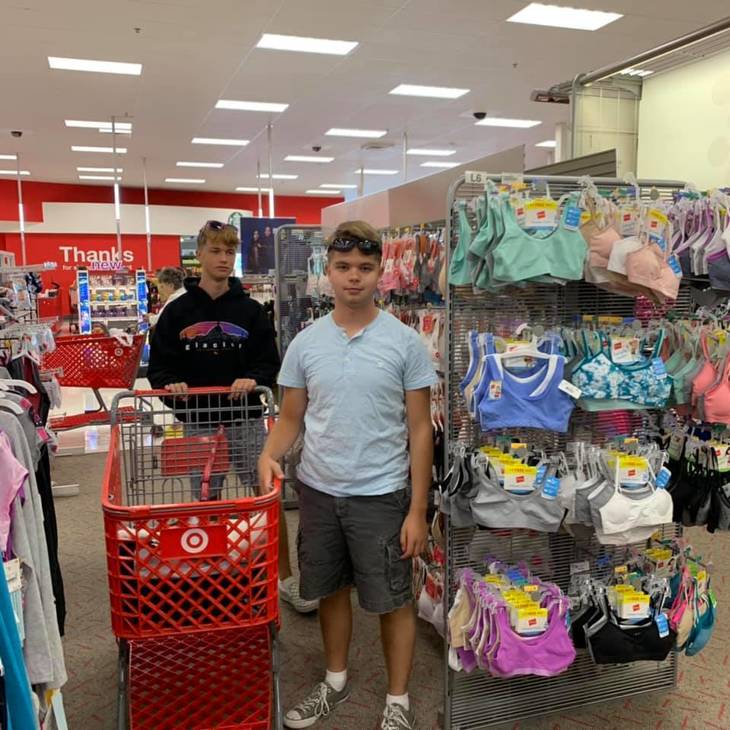 “My teenage boys helped me shop today,” I wrote, “which included buying their little sister’s first bras … because breasts happen.”

And for good measure, I added: “Both boys carry a tampon and a pad in their backpacks in case one of their friends needs one. Just a mom out here, trying to erase gender taboo!!”

The post had tens of thousands of likes and comments within no time at all. The vast majority of the feedback has been positive.

Many women who are in their 40s, 50s, and 60s have plenty of horror stories from when they were younger. It often involves needing period supplies and not having access to them.

One lady talked about the time that she bled through her clothes as a young girl and a male friend of hers offered his sweatshirt so she could wrap it around her waist. It was a kindness that she never forgot.

Most of the stories involved some type of shame or humiliation.

Many women talked about husbands and fathers who “would NEVER have gone to the store to buy me period supplies.”

Some people were also offended that this mother was trying to make a change in the way people viewed such a natural cycle.

One thing is certain, menstruation is still taboo but this woman is doing her best to make sure that her sons grow up a different way. 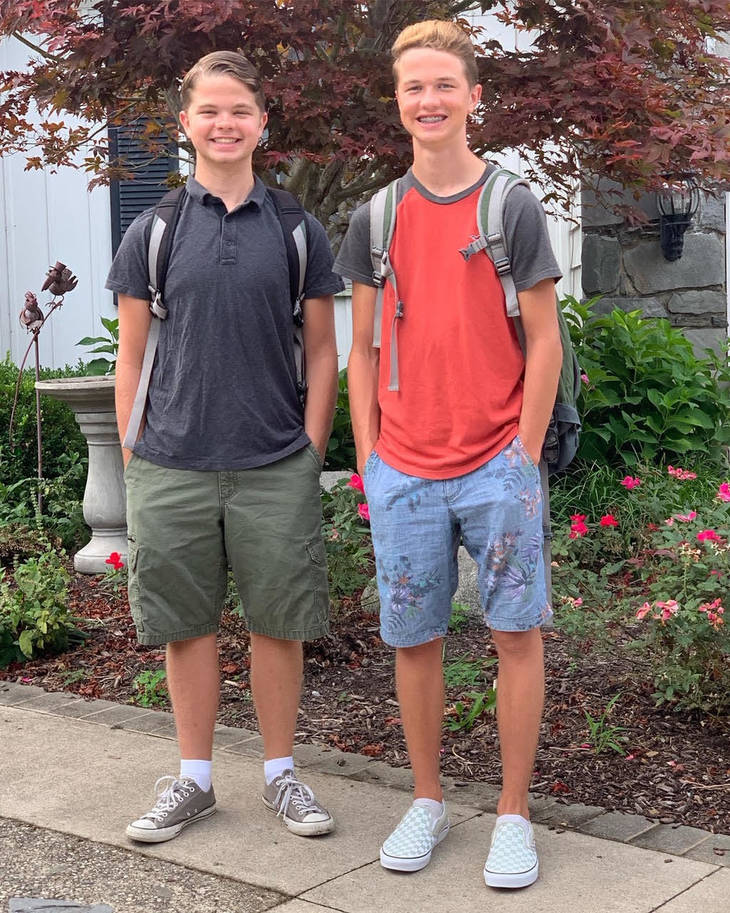 “Bleed-throughs happen,” I’ve explained to my boys. “They are mortifying and can be traumatizing. Kindness and understanding from ANY friend goes a long way. Be that person.”

When you stop to think about it, why would you be embarrassed over something your body was created to do?

The mother began talking to her sons last year after reading about a man on the Appalachian Trail who offered a tampon to a woman who bled through. He had it in his backpack. Apparently, he said it was no big deal because he grew up with a mother and sisters.

As this mother was driving with her sons in the car, she one day simply told them that they should keep a tampon in their backpacks in case of emergency happened. The boys thought it over but didn’t say much of the time.

One of Elijah’s friends ended up having a bleed-through at the end of the past school year. She was only allowed to use pads but her friends only had tampons. Elijah ensured that he and his brother had pads from that day forward.

Period products are not sold at that particular school. The student population is 60% female, so it is obviously an issue.

One US study said that 92% of high school students reported a need for period products while at school. Only 42% of the schools offer them and most of them charge money for them.

Micah told his closest female friends that he kept a sweatshirt in his locker and had a tampon in his backpack. 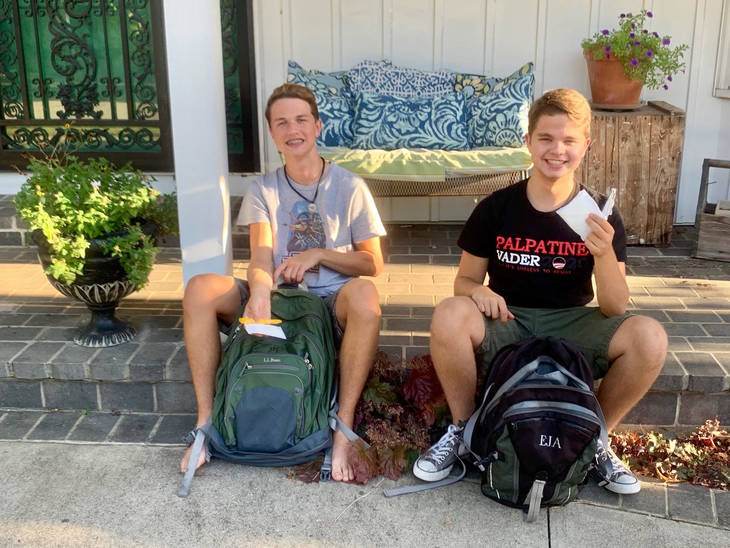 (“You know, in case you have an emergency,” he told them. “My mom wanted you to be covered.”)

The girls were embarrassed at first but they got over it quickly.

Elijah ended up telling both his male and female friends. He said some of the boys mocked him but others were okay with it. His female friends tended to be more receptive. 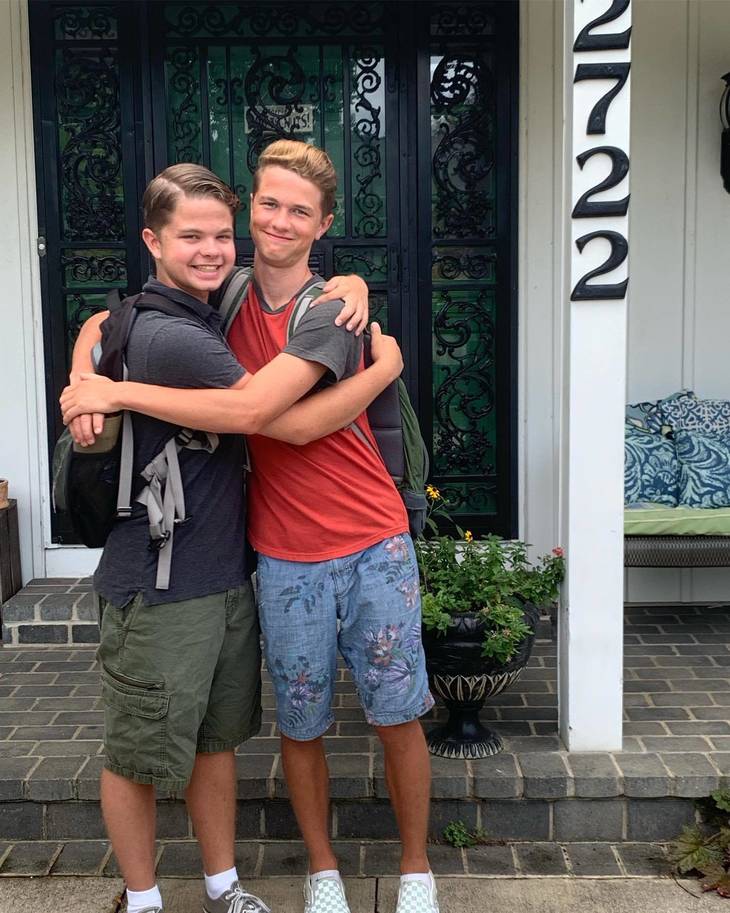 It can be difficult to raise teenage boys but taking the time to let them understand some important facts can go a long way in helping them to be great teenagers and wonderful adults.