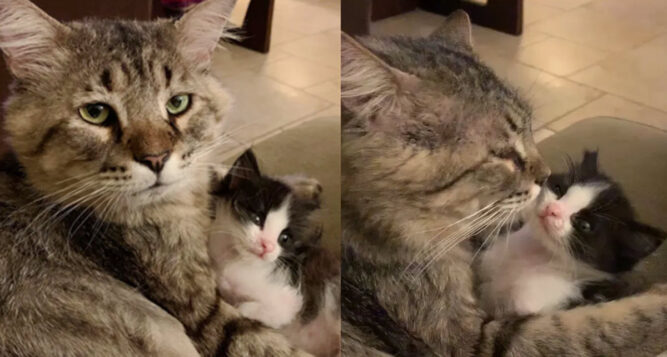 A cat who spent the majority of his life struggling on the mean streets found the forever home he’s always longed for and even started helping orphaned kittens in need. 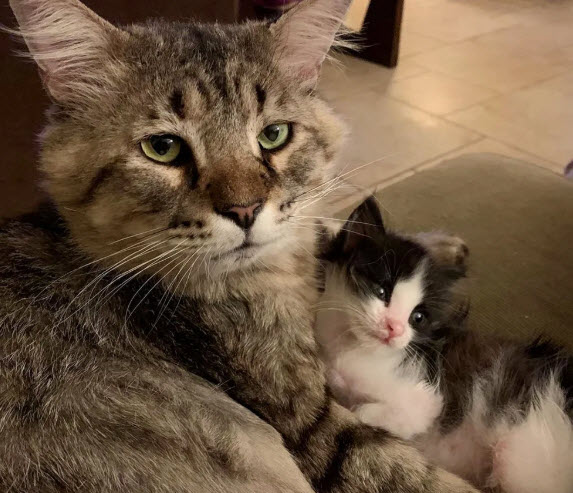 Not so long ago, Runt, the tabby was rescued as a stray. The cat was in poor shape when he was brought to Lake County Animal Shelter in Tavares, Florida, after living most of his life homeless on the streets.

The senior cat was pretty rough around the edges.

“He was underweight, had open wounds, and had a bad upper respiratory infection,” Emily Blythe, staff member at the shelter, told Love Meow.

After several weeks in the clinic, he was healthy enough to move into a foster home. Emily stepped up and took Runt home with her.

“He fit right in with my senior gang of cats. He seemed to blossom overnight.” 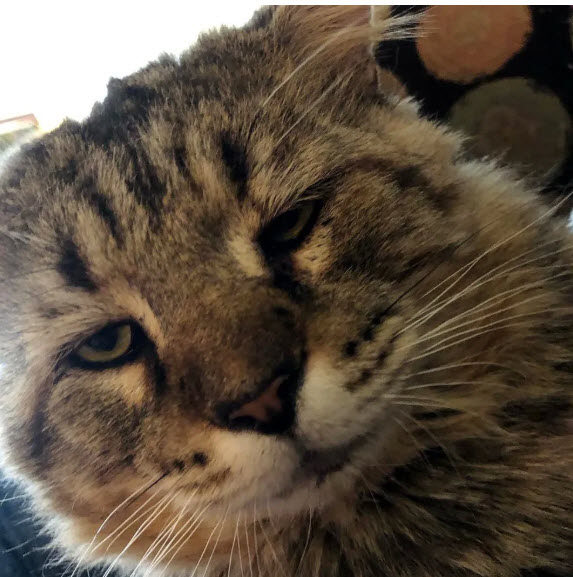 Once Runt was finally free from pain and discomfort, he began to shine. He was so happy to have a roof over his head, good food, and feline companions to hang out with.

After a few weeks in foster care, Emily could not bear the thought of parting ways and knew that Runt had already found a forever home.

“He is FIV+ but that hasn’t slowed him down. The vet estimates him to be around 14 years old. He is the most easy-going cat.”

A couple of days later, Emily brought home another foster kitten, and right away, Runt stepped up to take the little guy under his paw. 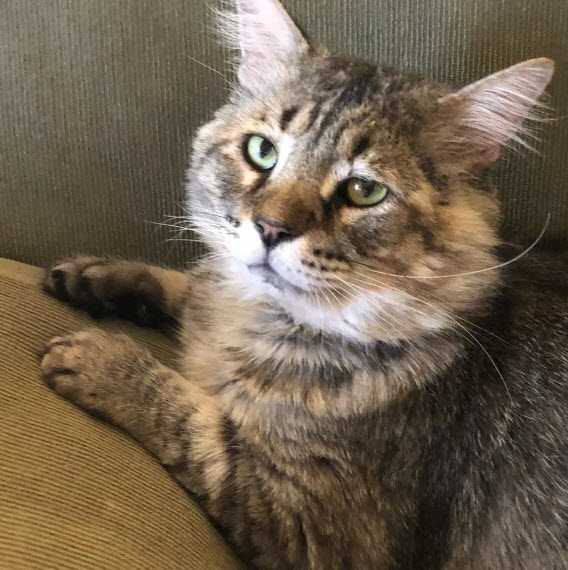 He’s become a father-figure to these orphaned kittens giving them the love that they need to thrive.

“I brought home a tiny kitten under a pound. I didn’t expect her to make it, but Runt took it upon himself to nurture and clean — almost like a mom — and she pulled through,” Emily told Love Meow.

In late April, Dolly, a tuxedo kitten, was found in the engine block of a truck (a place where many cats meet an unfortunate fate) and brought to the shelter as an orphan. She was initially paired with another rescued kitten, Reece, who was found in a shed. Dolly was very shy and timid, but that quickly changed after meeting Runt. 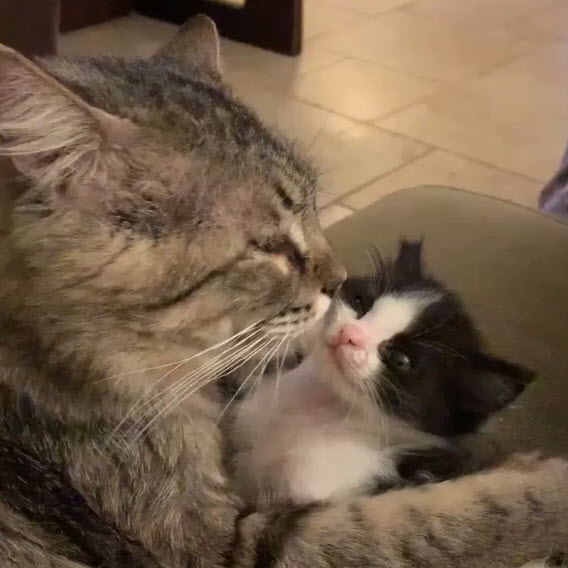 Runt immediately took to Dolly and stepped in to become her substitute father. He even started grooming her. The shy tuxedo quickly calmed down and also rolled on her back for some belly rubs and more TLC.

Watch the two in this adorable video and be sure to share their story with your friends and family.