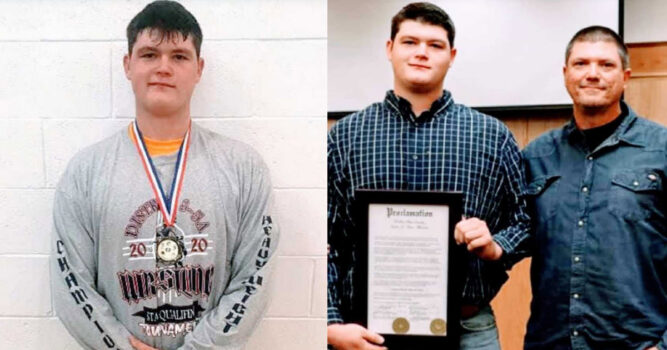 Troy Bower was at home when he received a call from his wife informing him that his son, Canaan, had been in an altercation at a gas station in Doña Ana, New Mexico. Apparently, his son wrestled a violent man to the ground who was attempting to kidnap three children. Here’s a transcript of that conversation. 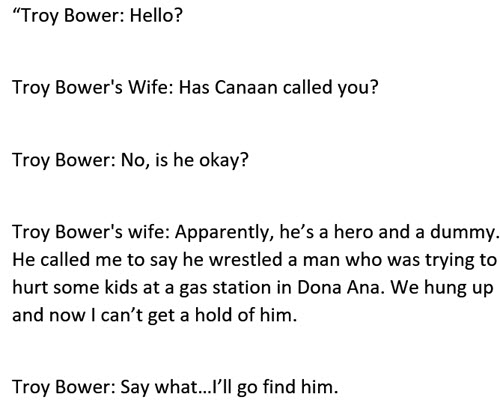 Bower began calling his 16-year-old son, who had been on spring break from school. After receiving a no-answer, he drove four minutes from his house to the gas station. When he arrived, all the doors were locked, and they were not letting anyone into the station. Fearing for his son’s safety and not knowing where he was or if he was injured, Bower frantically began trying to find him. He called the gas station as he drove through the town, searching for his son’s truck. But he could find no sign of his son’s vehicle, and Canaan was still not picking up his phone. 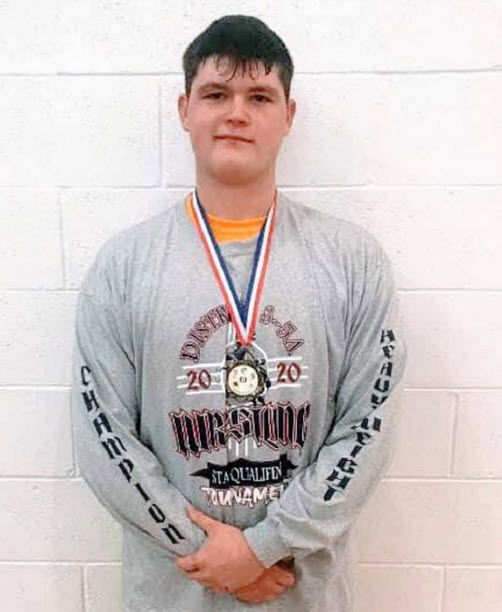 Was he at the hospital? Maybe the police station? Wherever he was, Bower knew that he needed his dad there to make sure he was okay.

Bower recounts the phone conversation he had with the store’s clerk: 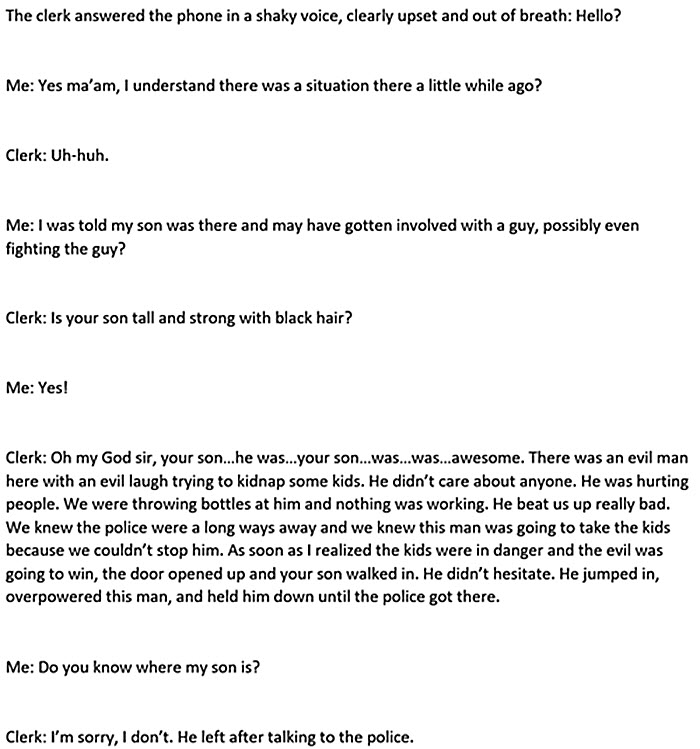 Eventually, Canaan called his dad and was surprised to learn he already knew about the incident. 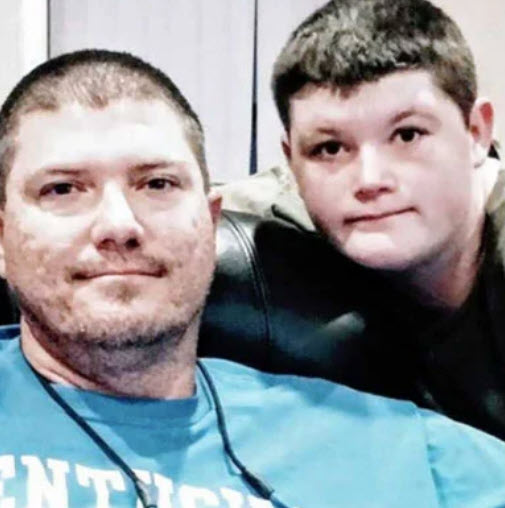 His son was even more, surprised his dad was making such a big deal about it.

Later that afternoon, Bower saw his son walking across their lawn to the front door. He immediately ran to him and wrapped his arms around his brave son, holding him tightly. After their embrace, Canaan looked at him with eyes beaming with joy. Not because of his good deed, but because his heart was whole. At that moment, Bower’s heart was also full, with pride for his son. Bower squeezed him and wouldn’t even let the door close as he once again gave his son a giant hug. His son then said:

In the following weeks and months since the attempted kidnapping, they heard a lot of folks talking about the things they would have done. And his Bower’s message to all those folks is the same he told his son after their embrace.

But, he said, the truth is that none of us know exactly what we would do until we find ourselves put in that situation. It’s easy to be an armchair quarterback, but being a hero at the moment is a calling most folks never answer. Far too many folks would have just called 911 or filmed the kidnapping passively on their phones. However, his son stepped up to the plate and put his life on the line to save those kids.

Later they learned that Canaan stopped those kids from being kidnapped and put into a child sex trafficking ring. It’s likely death, or something worst than death awaited those kids had his son not done anything to stop him. In many ways, Canaan had prepared most of his life for that day. He competed in his high school’s state wrestling tournament just two weeks before the incident, winning the District Championship only a week before the tournament. His son was across the street at another gas station when he overheard the commotion. He knew right away something wasn’t right. 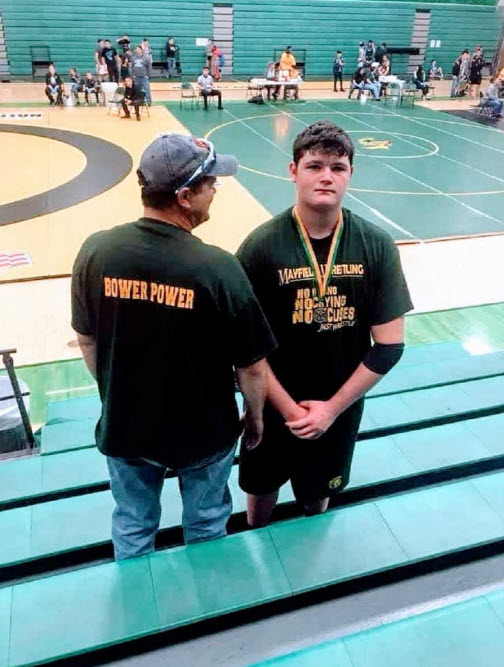 Not knowing whether the vile man had a weapon like a knife or gun, Canaan immediately closed the distance and let his training go to work, taking the man down easily once he was chest to chest. He then held the man until the police arrived.

Bower admits that while good won in the end, sometimes that victory can come at a costly price. That day, he counts his blessings that his son’s life or health wasn’t the price required to stop an evil man that day. 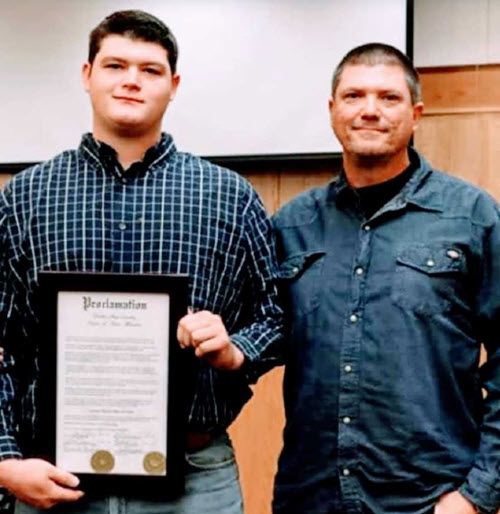 You can watch the full video of the incident below. Please be advised, the video does contain blood and may not be suitable for all viewers.

You can also watch a news report featuring an interview with Canaan Bower in the video below.

Please be sure to pass this story along to your friends and family.