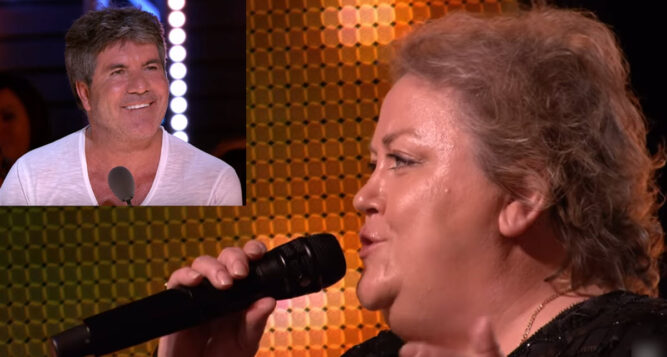 A farmer’s wife goes to town, thinking she can sing. It’s a romantic story as old as the hills. A Welsh woman from the country with dreams bigger than she’ll probably ever achieve. The lady gets up to sing, has a blast, and everyone else has a chuckle about the amusing though endearing performance.  That’s how it looked like it was going to go down when Jacqueline Faye took to the stage of The X Factor, the U.K. show that’s similar to American Idol. You see, Jacqueline didn’t fit in with the stereotypical mold that we’re used to seeing on this type of show.

The stereotype got even worse when she began to talk and tell her story. “We have chickens, ducks, horses…and Dave, my peacock.” Then she started talking about Dave’s friend, another peacock. At that point, female judge Ayda Field compared her husband and co-judge Robbie Williams, who was sitting beside her, to a peacock who likes to look at his own reflection. Jacqueline explained that her husband, Bobby, was home watching all of the animals. You could see Simon Cowell’s eyes start to glaze over and his look of disbelief as he was expecting the worst. 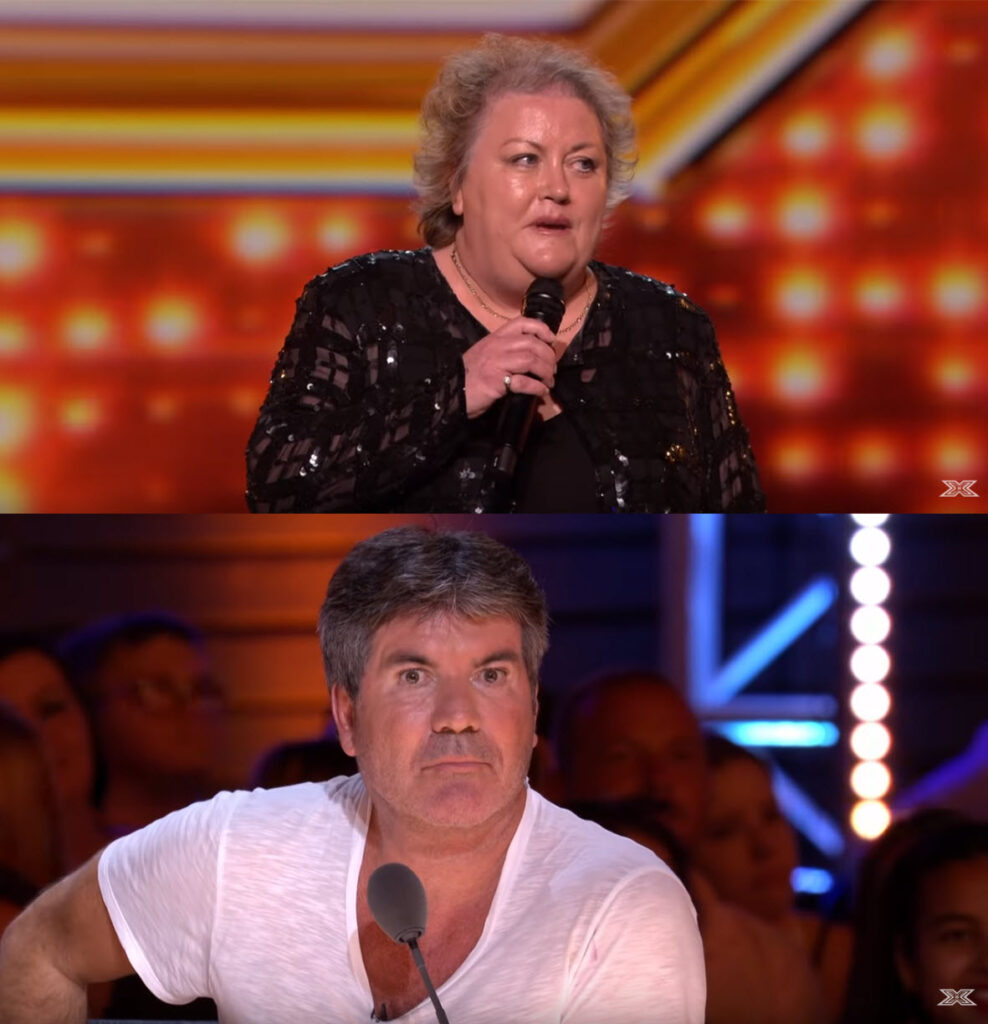 In short, it was a jovial mood in the building as everyone assumed that Jacqueline’s singing would be as boring as her day-to-day life on the farm. It was similar to how things were on the night singer Susan Boyle sang on Britain’s Got Talent, evoking the same sense of disbelief. Then Jacqueline started to sing, and her voice, which is like the voice of an angel, overtook the entire show. The song she chose was Cilla Black’s 1960 hit “You’re My World.” 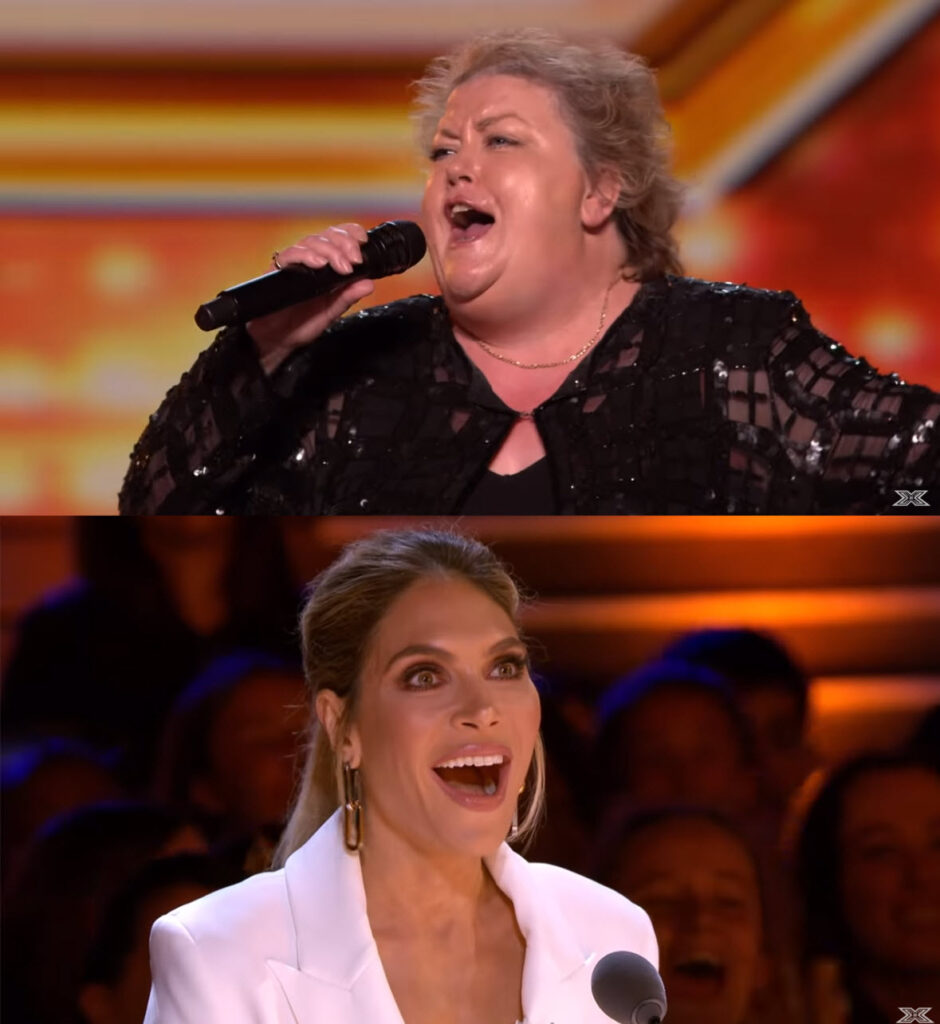 As she sang her last few notes, the entire crowd jumped to its feet in a standing ovation. I wanted to do the same, sitting here at my desk. The video has gone viral, with more than a half-million people watching it in the first week it was released. As it turns out, Jacqueline has more than 25 years of experience singing and has performed internationally and in the U.K. as the resident vocalist of “The London Showboat.”