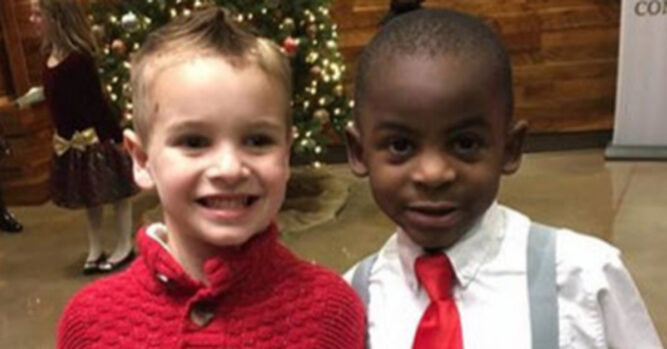 When we are younger, many of us have a type of blindness that we may lose as we get older. Some people may refer to it as colorblindness, but it isn’t what you may be thinking. The thing is, when we are younger and our lives have not been influenced by the older generation, we don’t often see others as being one color or another. We are all just human beings and although we are too blind to the differences between us, they just don’t matter when we are young.

This is a story about two young boys that were best of friends. Their names were Jax and Reddy. When Jax was talking to his mother about getting a haircut, he told her that he wanted it shaped short so he would look like his best friend at school. He wanted to go to school and confuse the teacher because she would never be able to tell them apart once they had the same haircut.

Just so you know, here is a picture of the two young boys before he got his haircut:

Here they are after the haircut: 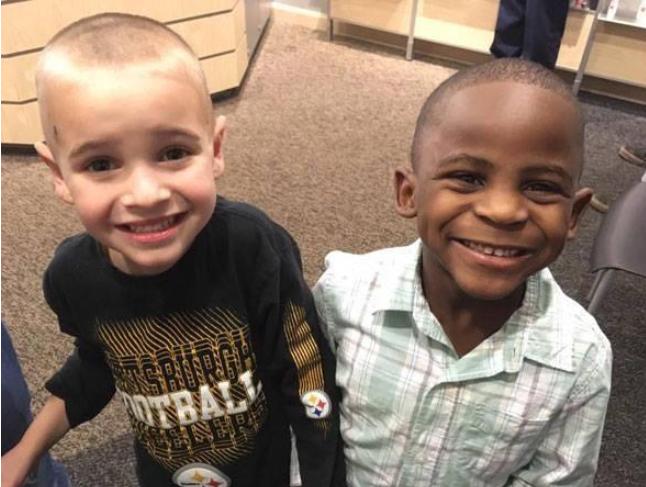 Internet users were confused but when they look close enough, they said that they could spot a few differences.

I think that all of us could learn a lesson from this little story about Jax and Reddy. Rather than judging each other for what we see on the outside, we can be kind to each other and look beyond the differences when necessary.