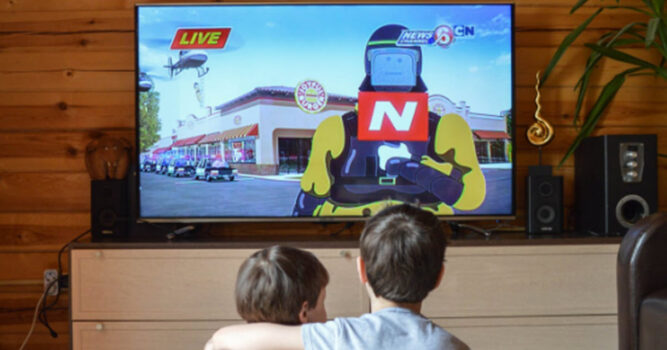 It’s common to feel suspicious about TV programming geared toward young people these days. Often, cartoons are filled with pointless absurdity, sexuality, and violence that doesn’t benefit growing young minds. However, there are a few exceptions that are even teaching them valuable lessons. 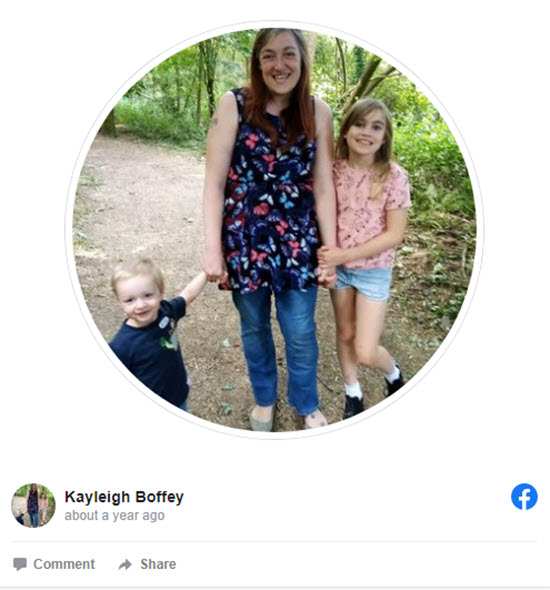 At about 2 pm, Thomas had a little bathroom accident, so his mom went upstairs to grab the toddler some fresh clothes. 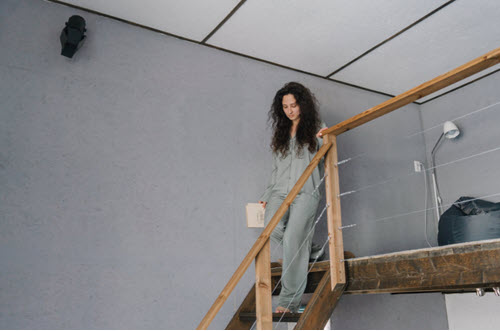 However, while Kayleigh was upstairs, she began experiencing incredible pain due to her enlarged spleen and hernia and fell down the stairs. As she tumbled down the steps, she was almost knocked unconscious, but she was still unable to move.

Thankfully, Thomas, who saw the incident, knew just what to do. The toddler knew precisely where to find mom’s phone, grabbed it, and called 999. 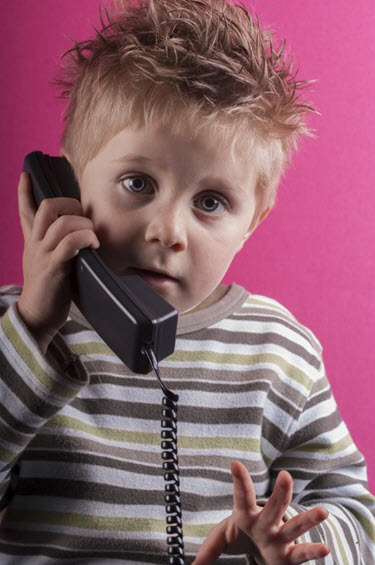 Thomas learned this lifesaving skill thanks to a show called “Robocar POLI,” a Korean cartoon show that features a police car, ambulance, and fire truck.

Before long, first responders were on scene, where they ran into another issue. 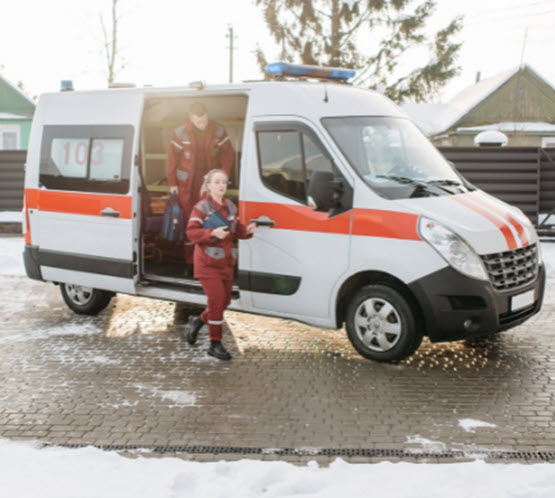 The door was locked. 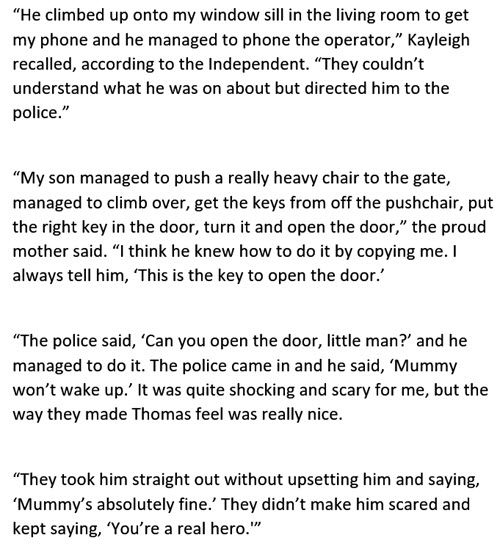 After receiving medical treatment, Kayleigh found out that she had injured her hip, shoulder, ankle, and knee in the fall. But, the mom could not have been prouder of her brave little man’s decisive action in handling a tense situation. 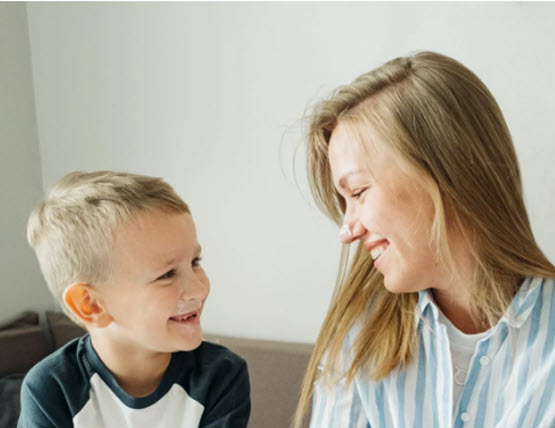 Now, Kayleigh is urging other parents to ensure their kids know what to do should they face a similar situation. 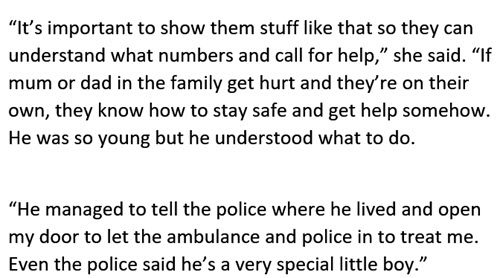 Police also had words of praise for little Thomas. 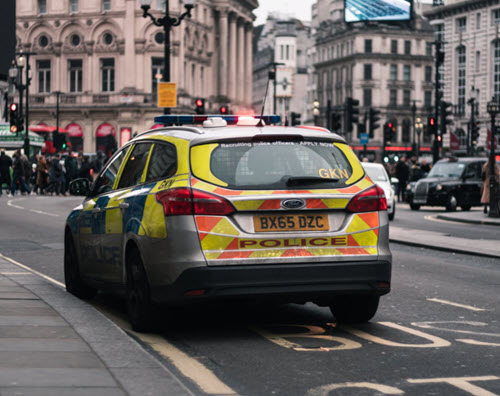 They were even kind enough to allow the little hero to push buttons in the police cruiser and turn on the lights while his mom was being looked over. 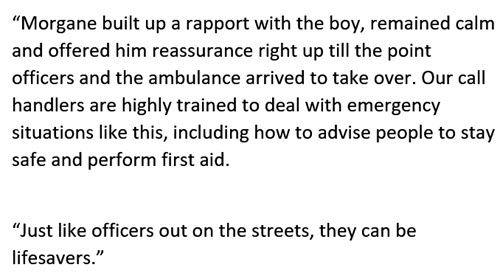 With Kayleigh’s permission, the West Midlands Police department also shared a recording of the call on their Facebook page.

You can listen to the 999 call below.

#WATCH | One of our call handlers has been praised for the care and compassion she offered a toddler who dialled 999 to say his mum had fallen down a flight of stairs.Morgane Amphlett took the call just before 2pm on 12 November from the boy who simply said “help” and that his mummy was hurt.It turned out she’d collapsed, tumbled down steps at the family home in Sandwell and was drifting in and out of consciousness.Morgane – who takes 999 and non-emergency 101 calls from our centre in West Bromwich – established the boy’s name was Tommy and that he was three years old.She asked him to pass the phone to mum Kayleigh Boffey – who was dazed and struggling to breathe – and encouraged Tommy to hold her hand and keep her talking until police and paramedics arrived.See the full story ➡️ https://bit.ly/3HEq79E