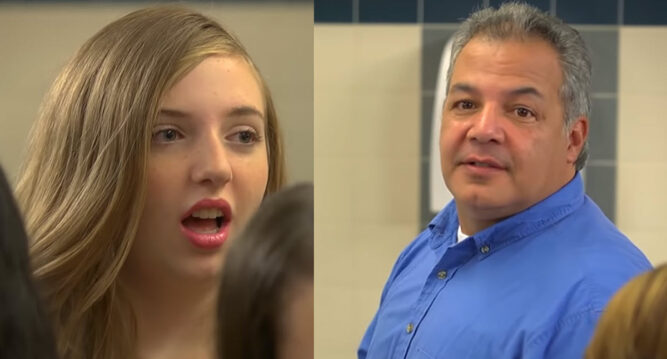 Hard-working blue-collar jobs don’t get the respect they used to get from society. However, there are a few jobs that never had much respect, to begin with — one such job is being a custodian or janitor. It’s incredible when you think about it, the folks who make sure places are clean and pleasant. I mean, could you imagine what our society would be like if we didn’t have people to do this job? And yet, we are taught even as little kids that those who work in this profession somehow failed in life. How many times have your parents or teachers warned you to make good grades or you would end up as a janitor or some other type of low-paying blue-collar profession?

One of the worst offenders when it comes to disrespecting these blue-collar professionals are teenagers. To be fair, many teens don’t respect many people in general, and in their self-absorbed minds, some may not even notice that janitors even exist. Sadly this attitude does not always improve once they reach adulthood. For the teen girls in this fictional story, they thought it was pretty funny to disrespect their school’s janitor. You see, one day, he went to the principal and complained about the girls leaving lipstick kiss marks on the bathroom mirrors. To “fix” the issue, the principal at first dismissively made an announcement over the intercom asking students to discontinue the activity. However, that went over about as well as one would expect. So the janitor complained again, and this time the principal decided to teach the girls in her school a lesson about respect. So she and the janitor called a meeting in the girl’s bathroom with some of the most popular girls in the school. Once their the janitor explained why it was important not to leave lipstick marks on the mirrors. 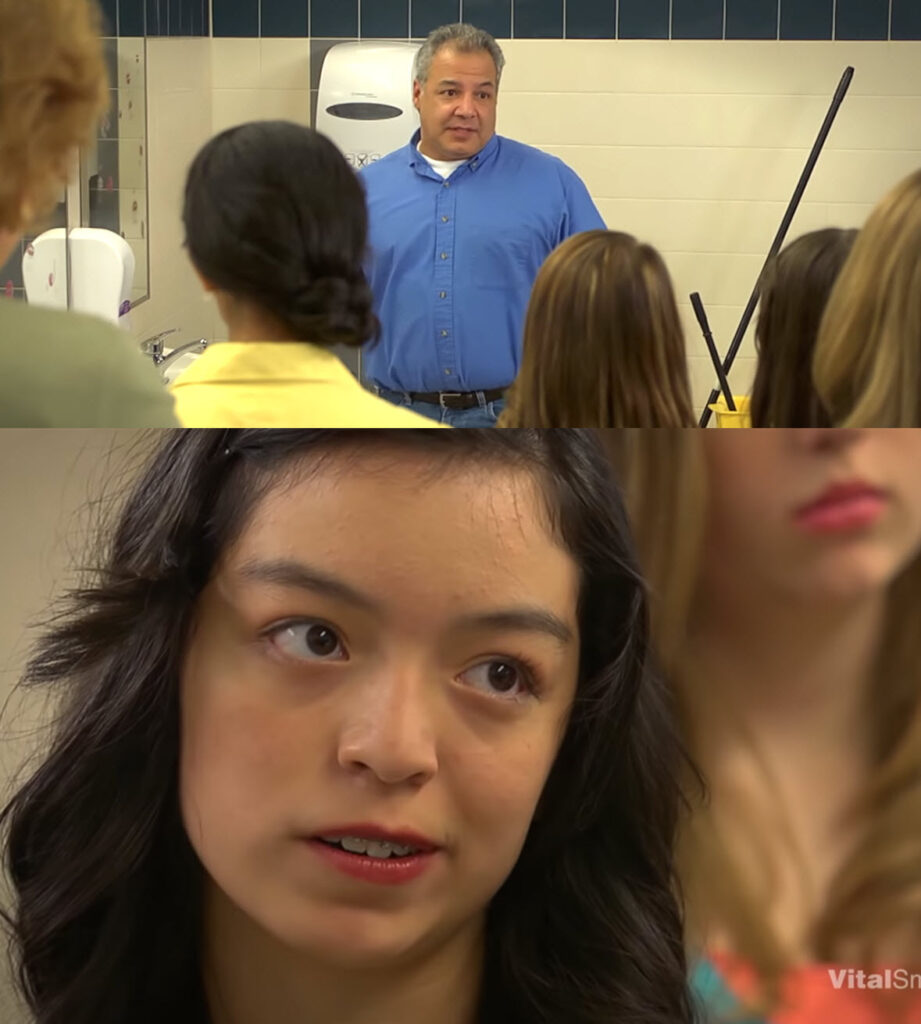 However, the girls did not seem very sympathetic to his plight, that is until he showed them how he cleaned the mirrors. Once he put his squeegee in the toilet and started cleaning the lipstick off the mirrors, the smiles and smirks on the kids’ faces suddenly disappeared. After that, meeting, he found no more lipstick kisses on the mirrors. 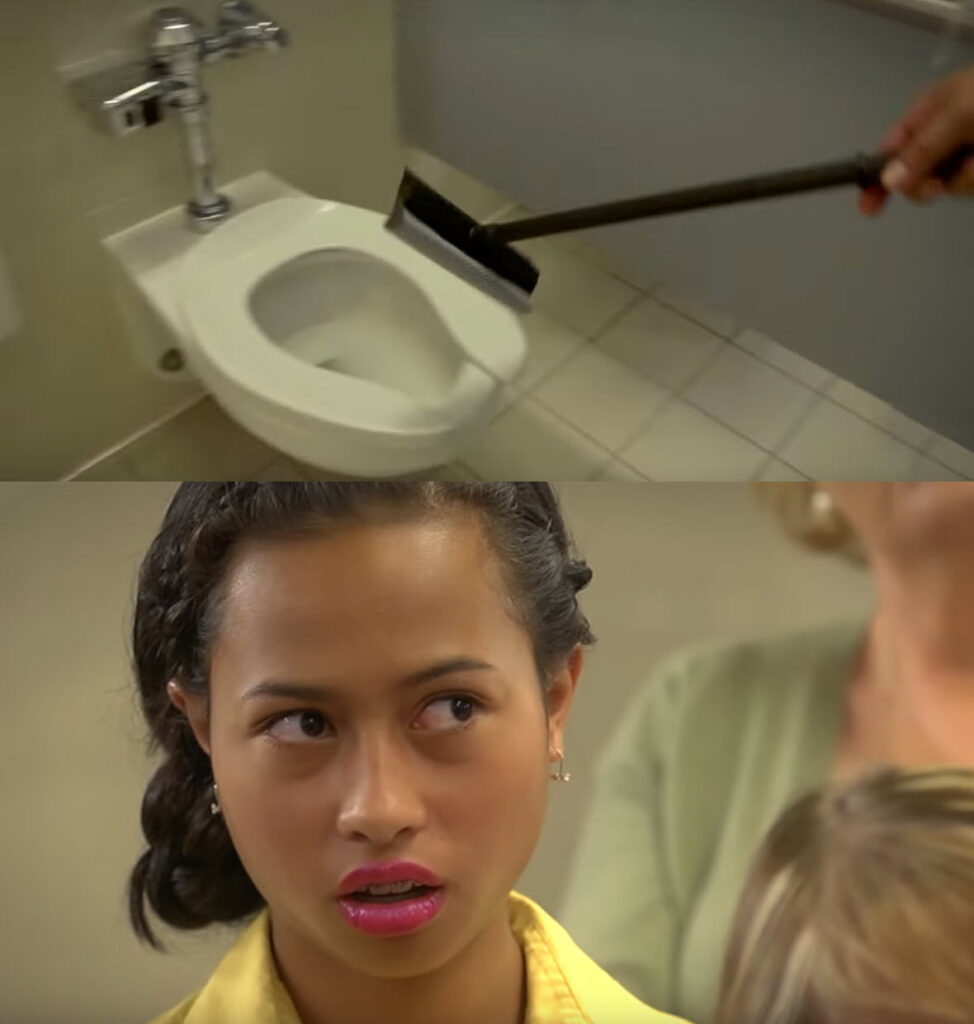 Gee, imagine that? You can watch the hilarious video of this story down below.