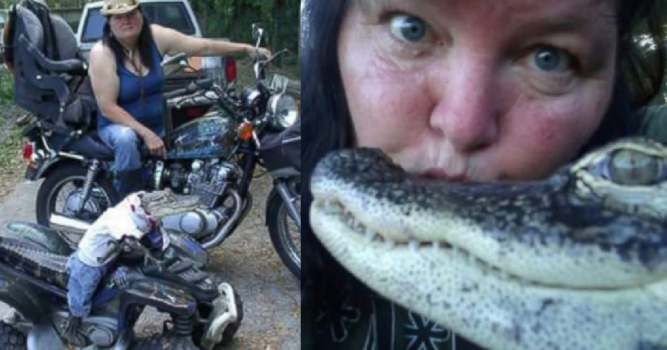 Rambo, the alligator, isn’t like most of his kind. According to his owner, he “eats at the dinner table, sleeps in my bed, and follows me around like my dogs. 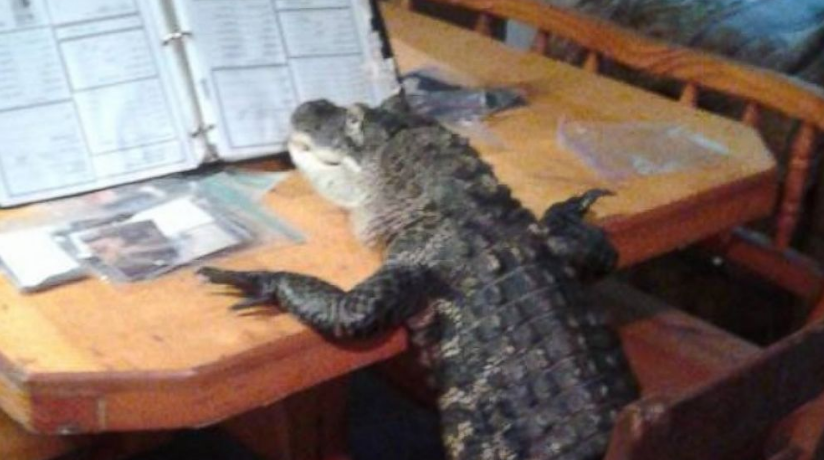 However, in 2016 Mary Thorn, a then-55-year-old Pro Wrestler, had to fight to keep her beloved pet when she was denied a permit for her 125-pound gator. 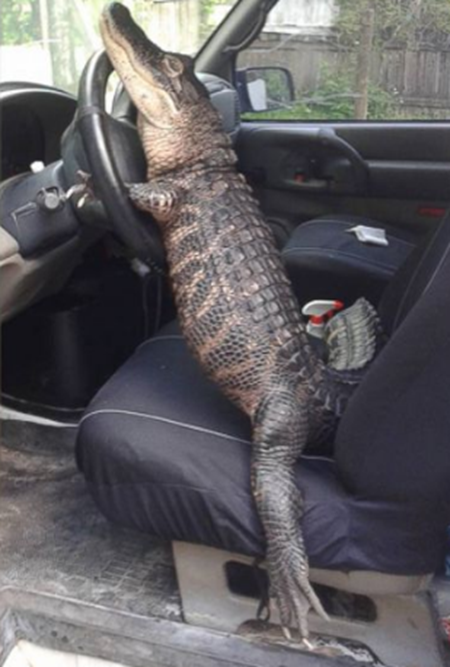 Thorn told ABC News today that she had a permit for her 15-year-old gator since they rescued and gave him a loving home several years ago when Rambo was only a foot long.

But, once Rambo had grown over six feet long, a new regulation on the permit dictated that gators over six feet had to be kept on a property with at least 2.5 acres of land, according to Florida Fish and Wildlife (FWC) spokesperson Gary Morse. 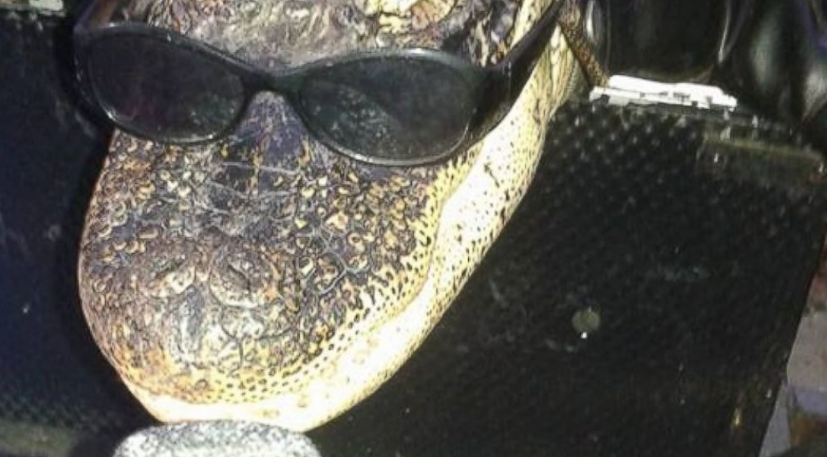 “This is a very complex case, especially since she acquired the gator before some changes in permit conditions,” Morse told ABC News today.

Morse explained that Thorn had reapplied for a permit earlier that year but was initially denied. However, he said several issues have since been raised, which brought the case up for review.

In the meantime, Thorn still had custody of Rambo and even rallied community support for her beloved gator, who she calls her “second son.”

The owner explained how Rambo is a local celebrity and has been the star of many small shows thorn has put on for several organizations and charities in her area. The trained gator has also been photographed “riding an ATV” along with Thorn on her motorcycle. 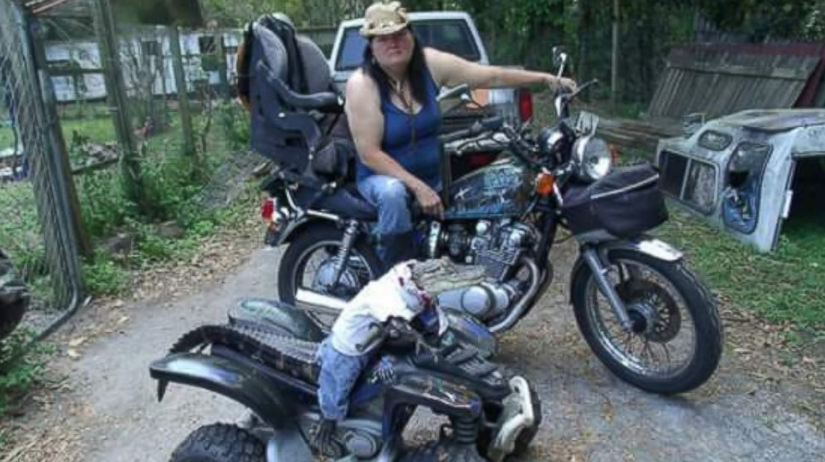 “He is not a normal gator,” Thorn said. “He doesn’t bite. When I first got him, I trained him to keep [his snout] tight shut whenever people are around, especially children.”

Thorn added that Rambo “loves being pet, and you can pet his mouth and neck and he won’t dare snap at you.”

The gator even wears clothes but “not just to look cute,” Thorn explained. 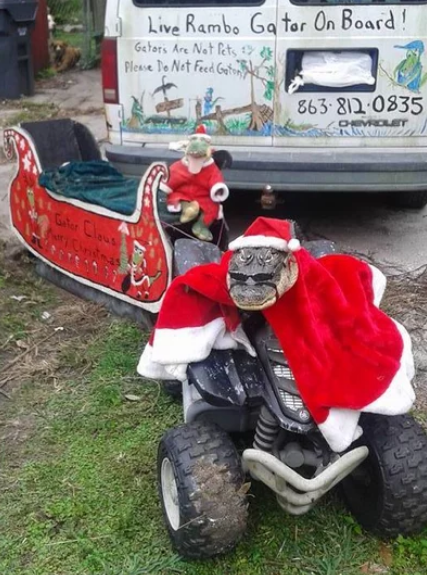 She says that Rambor was once trapped in a small tank in a dark closet without sunlight before she managed to rescue him. So today, he has to wear clothes when going outdoors because his skin “is very sensitive to sunlight.”

The self-proclaimed “gator momma” also said she doesn’t believe in taking wild gators from their natural habitat. However, since Rambo had come to her under unique conditions, it was best for him to remain domesticated.

“He’s too weak, and if he’s put out in the wild or in a place with other gators, they’ll kill him,” she said. “He’s also scared of outdoor noises, and he’s just used to being home with me. This is where he’s been his whole life and he’s attached to me.” 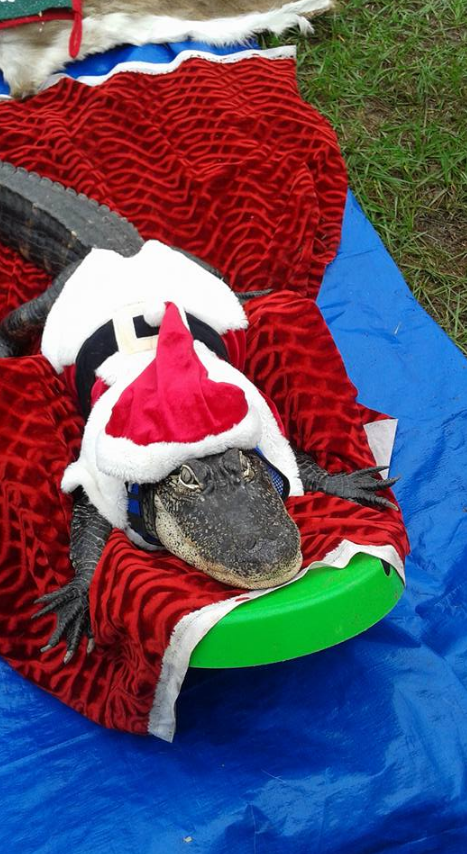 Thorn added that Rambo also plays with her dogs at home, goes to the fridge when he’s hungry and watches TV with her on the couch. 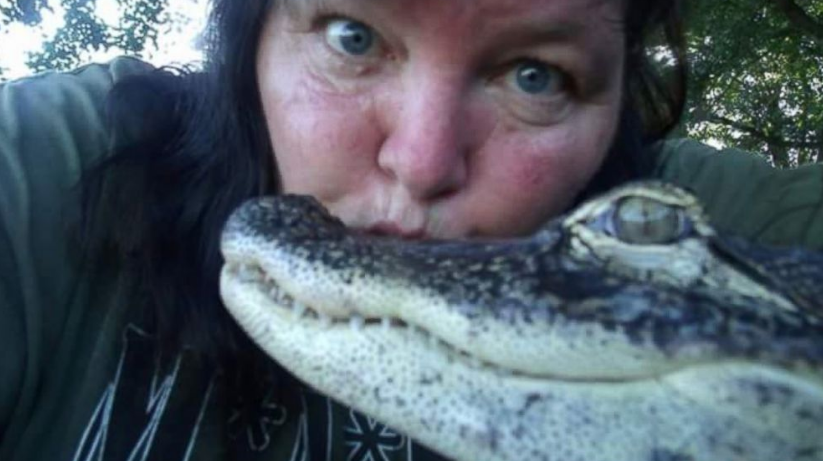 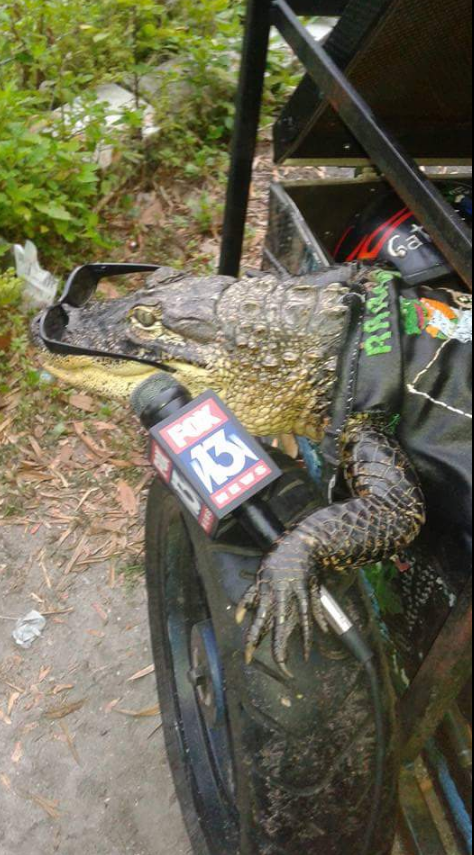 Thankfully, everything worked out, and the state agreed to make an exception in Rambo’s case. However, under the agreement, Rambo could no longer perform at shows.

Mary said it’s too bad he can no longer perform.

“He loves being around people and taking pictures with people,” she told The Ledger. “He loves to be social.” 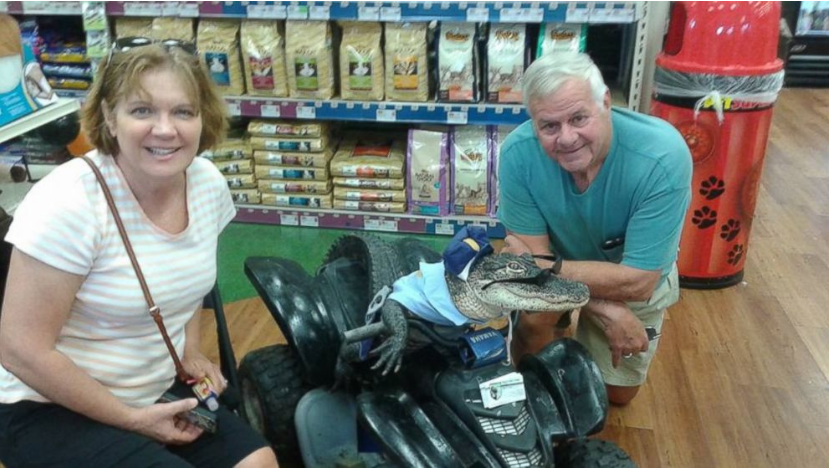 There’s another requirement Mary didn’t care for. The state also made her obtain a “pet license.”

“I don’t want people thinking they can have alligators for pets,” she said, according to the Ledger.

She also recounted how she rescued Rambo, saying he was dropped off at a pro wrestling school in a plastic tub.

“Inside, she found five alligators in a pool of shallow water, packed so tightly together that all they could do was rock side to side on their malnourished limbs. One of the alligators died that day, followed by three of the others over the next five years that she had tried to keep alive.

“Rambo is the lone survivor.

“She is worried that if people start considering alligators pets, the same thing that happened to Rambo and the others will happen to more alligators.”

While Rambo can no longer perform, Mary got a new smaller gator to keep her “Country Gator Theater” business running, but she told a local news outlet that she would never replace Rambo.

” ‘[Other alligator handlers] would take a gator [longer than 4 feet] to a gator farm to be killed and get a new baby one,’ Thorn said. ‘I don’t understand, because I’ve got a gator that won’t bite and they want me to get another one that would. I just decided to retire.’

“Though things are tight, Thorn she is glad to know she can continue with planning her annual holiday festivities with Rambo and her other critters — she also has five dogs. She said Rambo will enjoy turkey, ham, and his favorite — green beans — at Christmas dinner with her family this weekend.

” ‘All in all it’s going to be a merry Christmas because Rambo is here,’ Thorn said.”

You can watch an extensive news report about this story below.

Also, here’s an ABC News interview with Mary and Rambo.