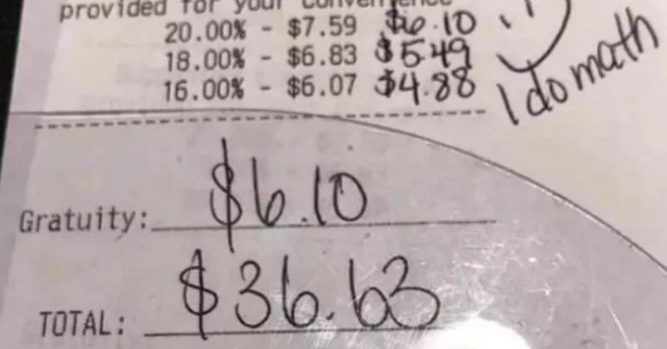 When you eat out at a restaurant, it is customary to leave a tip. At times, you may get a suggestion as to what type of tip you should leave, and it may be more than what you’re accustomed to leaving on the table. Not everybody likes it when those suggestions are on the receipt, but it does help in some ways to keep people from walking out without leaving a tip in the first place.

The American tipping culture seems to be in the news frequently. This time, it is in the news due to a lawsuit. It has to do with what was suggested on the receipt. Many of us can think back to times when a 15% tip was customary, but those times seem to be in the distant past.

Considering the fact that many servers are not making minimum wage, the tips are necessary in order to help support them. Restaurants print the suggestions on the receipt to help people know what would be an acceptable tip to leave for the server. For example, you may see something that suggests a 20% tip, 15% tip, and perhaps even a larger tip.

15% is the standard for fair service while 18-20% is more in line with the average. Exceptional service can sometimes pull in as much as a 25% tip. For a man named Marcel Goldman, the suggested gratuity is being challenged after seeing it on a cheesecake factory receipt. It was from a bill that was for $38.50.

The lawsuit claims that $38.50 was his portion of the bill that was split with others. The suggestion on the receipt resulted in a 40% tip being paid by Goldman. The amount of the tips were calculated based on the entire receipt and not his portion.

When you do the math, 20% of $38.50 is $7.70. The amount that was suggested on the tip was double that amount! The class action lawsuit addresses this problem, not to that specific location but to the entire cheesecake factory chain.

This story has been gaining attention online and others are taking note of similar practices. When you do the math, you sometimes discover that they are way off on their suggestion.

Of course, some people are happy to pay the suggested gratuity because it keeps them from having to pull out their phone and doing the math. Others may just appreciate what the server did for them.

Here is an example of a receipt from social media. 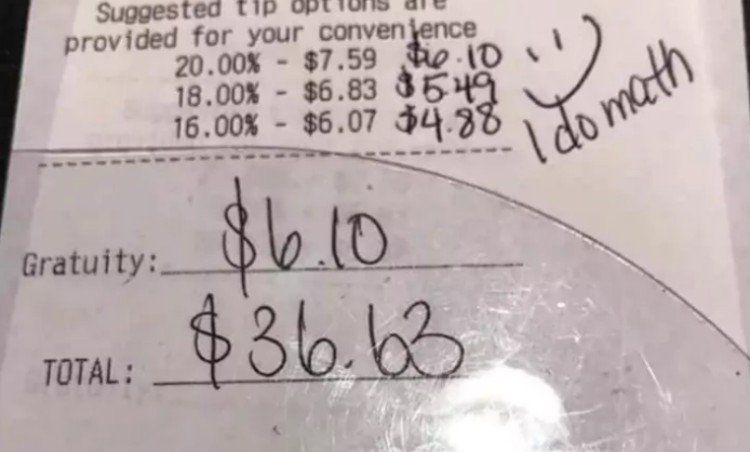 Although most of us would probably not start a class action lawsuit for this practice, it is a good idea to check the math on occasion. It’s nice to leave a good receipt for somebody that deserves it but we wouldn’t want to pay too much, just because it was suggested that we do so.