It’s hard to believe that for over 40 years, Tom Hanks has been entertaining audiences all over the world. What’s even more incredible is his reputation for being not only a nice guy on the big and little screen but also in real life. Hanks must have one of the highest favorability ratings of any human being on the planet. He would be a political campaign manager’s dream candidate. If you think about it, you would probably find it impossible to think of one movie in which Hanks plays a villain. In a sense, he’s a lot like John Wayne but with a much more diverse collection of films, and once again a nice person to everyone in real life.

I know I’m harping a lot on the “nice” thing, but when you are talking about Hollywood, a place that’s overrun with inflated egos of people, not even a tenth as talented as Hanks. Seriously, you could even catch some attitude from a movie extra. One of the other things that makes Hanks such a fan favorite is the fact that he doesn’t take himself too seriously. You have some actors who don’t know how to laugh at themselves, much less the characters they play. But Hanks isn’t one of those people, and as proof, he and James Corden put together a hilarious skit in which they reenacted 26 scenes from some of the actor’s most celebrated movies — and they did this in a little under seven minutes! 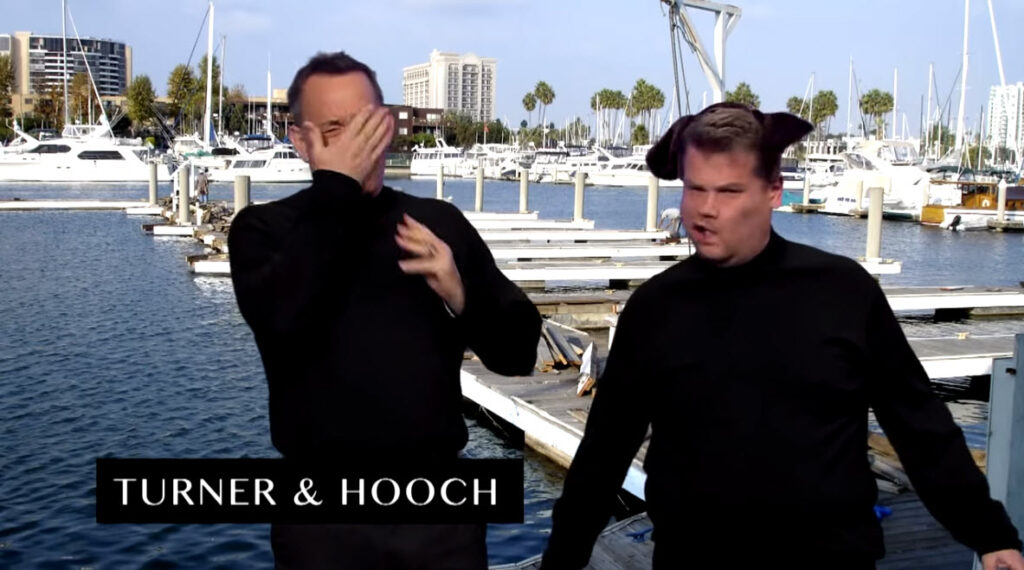 Watching Corden play Wilson as a disembodied volleyball made me laugh so hard I spit out my diet coke! It’s incredible to so many roles Hanks has played, and that’s only a few of them. He’s actually been in about 68 movies. 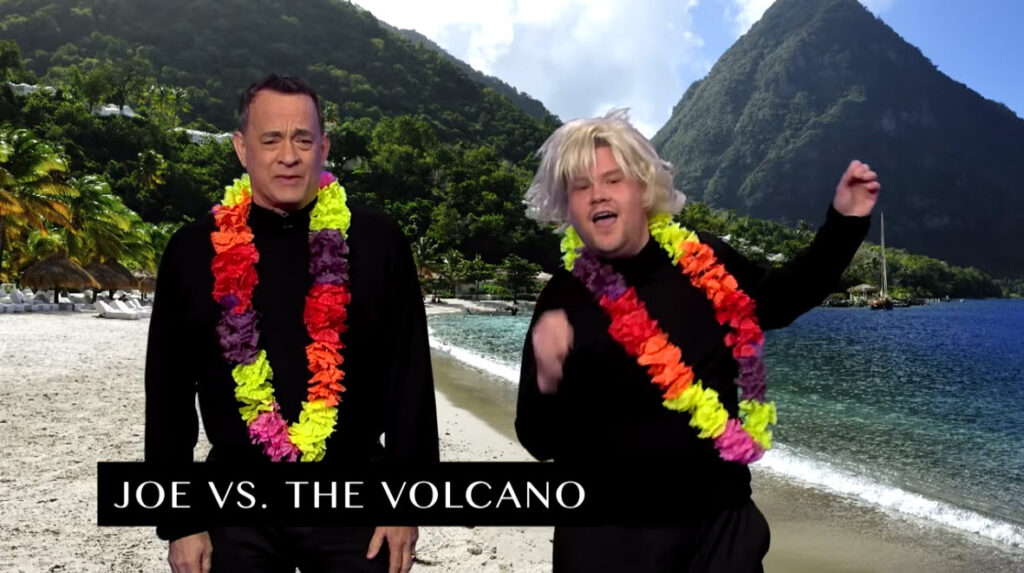 Who knows, maybe we’ll get an extended version of this skit in a couple of years? You can watch the whole thing in the video below.