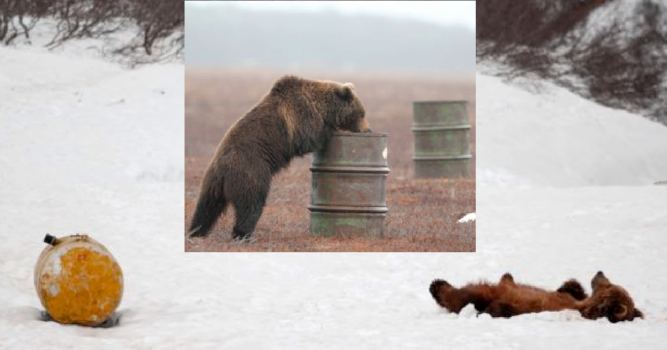 In 2013, officials and animal activists became alarmed upon learning of a growing trend among Russian bears. 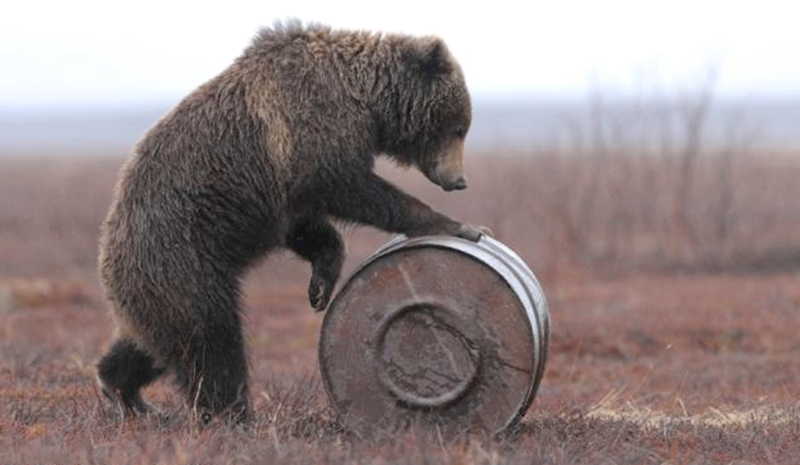 Unfortunately, many of these barrels either still contained or had traces of aviation fuel.

And since bears are creatures with very sensitive noses, the local animals quickly became addicted to the dizzying sensation the fuel gave them.

They would take deep breaths for minutes at a time before digging a shallow hole and lying down while visiting nirvana. 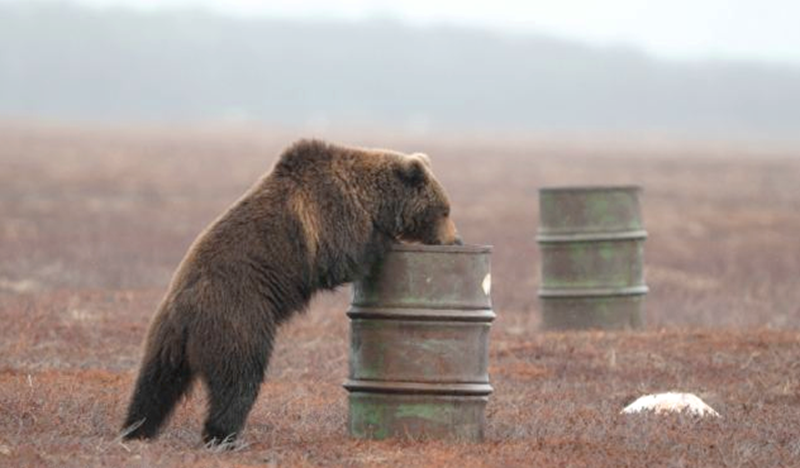 The fuel is used to power helicopters and generators used by nature reserve workers.

Igor Shpilenok, a photographer, spent seven months with the community of bears. 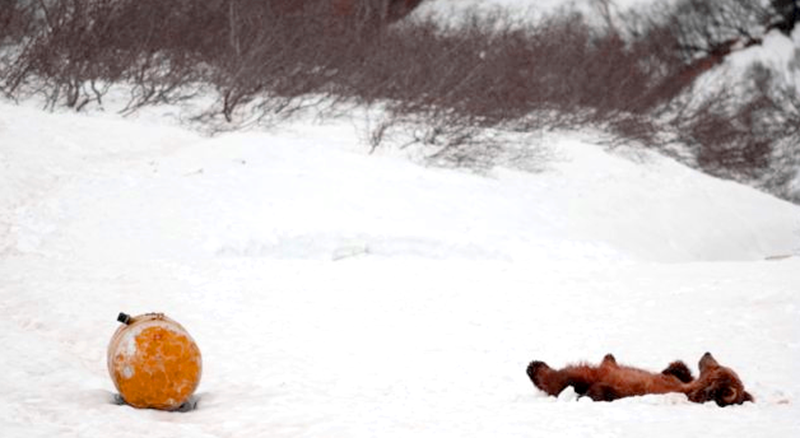 He said some of the addicted creatures even stalked helicopters, waiting for them to take off since they would always leave drops of fuel in the hard soil for the to sniff. 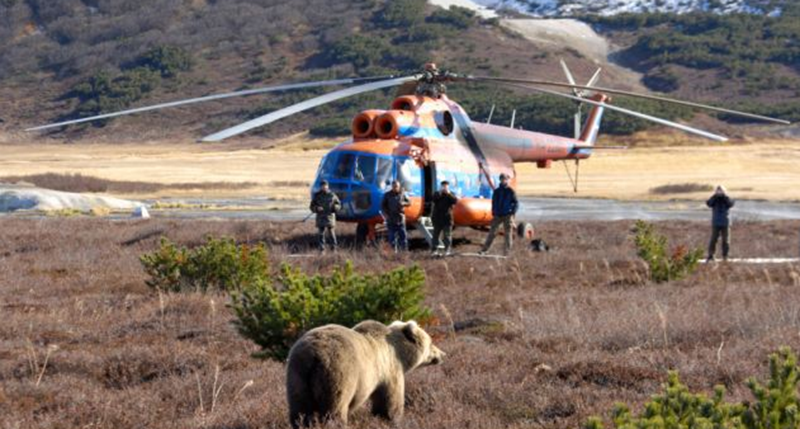 ‘In another case a helicopter brought a few barrels of gasoline.

‘Workers of the nature reserve didn’t take them in time and a female bear named Suzemka – who is apparently fasciated by the smell of fuel – used the opportunity.

‘She seems to be one of the addicts.’ 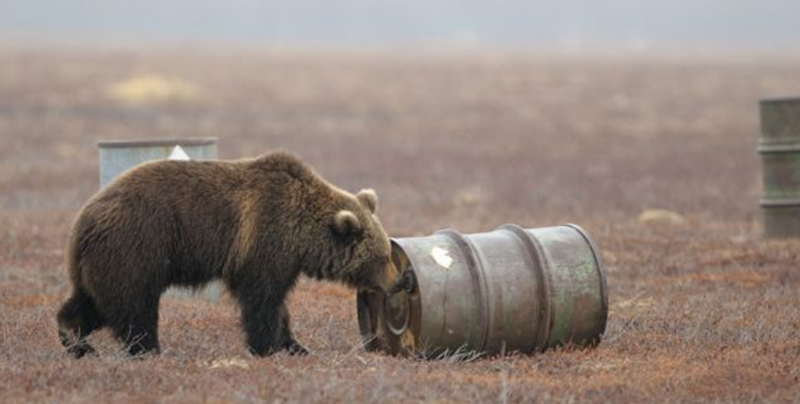 The nature reserve is home to over 700 brown bears. 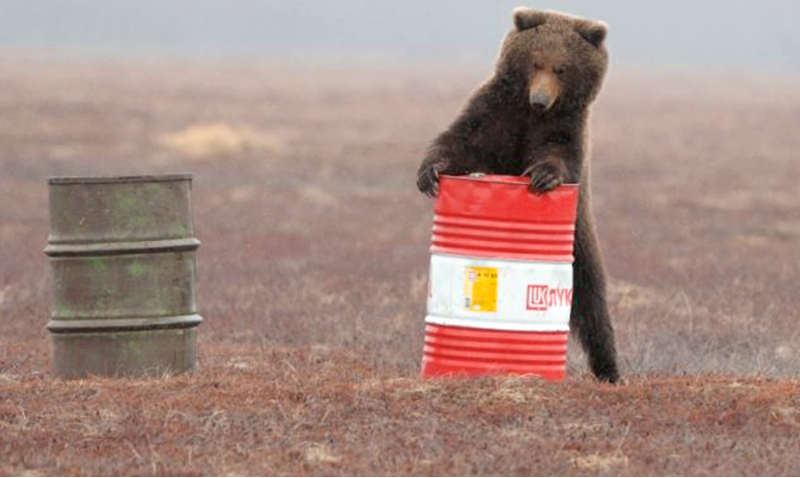 They are thought to be the world’s largest brown bears, weighing up to 1,200 lbs. The sanctuary consists of 225,000 acres of land and is listed as a Unesco World Heritage site.

The climate at the reserve can range from incredibly hot to cold, earning it the label “land of fire and ice.”