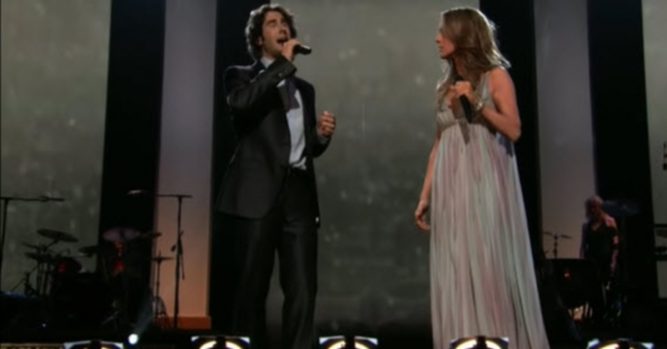 Although Celine Dion was known for many different songs, it was “The Prayer” that became a very recognizable part of her routine. She had gotten used to singing along with Andrea Bocelli, who has a beautiful deep voice that is so unique that it is instantly recognizable. One of the performances that he was supposed to show up at turned out differently, however, because he had missed rehearsals due to personal reasons. Celine Dion wasn’t quite sure what to do because he had such a unique voice. That is when she decided to invite someone on the stage who was unknown at the time. 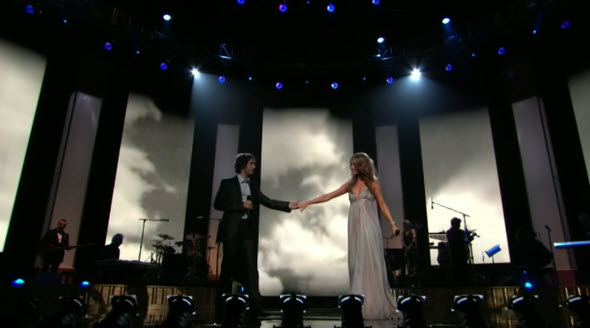 It seems as if a member of the organizing crew, David Foster, brought in a 17-year-old boy to fill the shoes of such a huge superstar. Celine was a little bit leery about doing it at first but she decided to move ahead because the show had to continue. As it turns out, the young boy that showed up on the stage that day was Josh Grogan and he was nervous to stand in front of a large crowd. 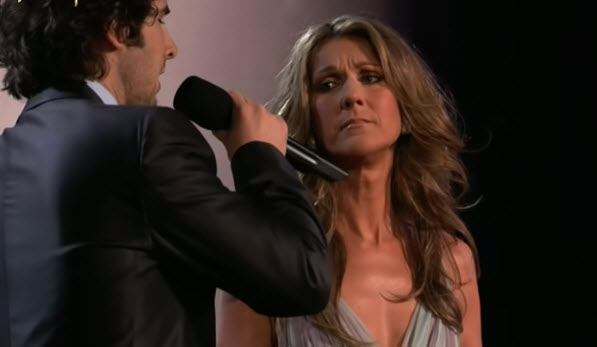 This was the moment that Josh had been waiting for his entire life. He built a lot of confidence that day and established himself as a phenomenal singer. Since that time, he has one of the most recognizable voices and he has even sung along with Andrea Bocelli on occasion. When people listened to him singing that evening in 1999, they couldn’t believe what they were hearing. They leapt to their feet, giving him a standing ovation and shouting because of what they heard.

He was able to take the moment and turn it into a career that truly changed the course of his life. You can hear them singing The Prayer together in the following video: