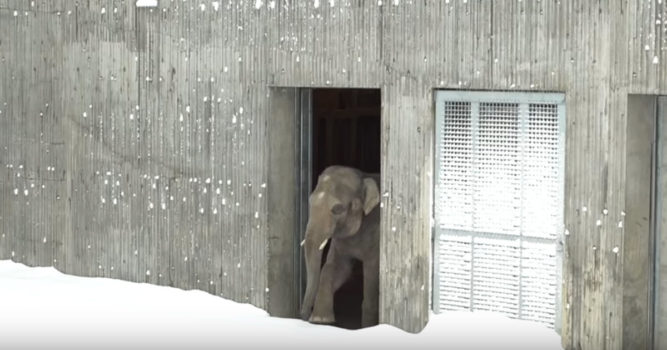 There are some people who absolutely love the winter and they can’t wait to see the snowfall and get outside to play in it. Other people, however, will be frustrated with the snow and they may think that is pretty, but they would rather live someplace warmer. It seems as if animals tend to fall into the first category. Even some animals that live their lives out in the African savanna would love the opportunity to frolic in a mountain of the white stuff if it were available. Don’t believe me? You don’t need to look any further than the Oregon zoo to find out I’m telling the truth.

This video footage comes from the winter of 2017. It shows that the animals who lived at the Oregon Zoo were not about to allow a little bit of the white stuff to stop them from having a great day. It seems as if animals get very excited about living in a winter wonderland and regardless of whether you are talking about a polar bear or an elephant, it seems as if they have just as much fun playing in the snow as each other.

It happened in January 2017 when the city of Portland, Oregon saw a very big snowfall. A foot of snow fell, paralyzing the local area and causing a lot of businesses to shut down. The Oregon Zoo also had to shut its doors for a few days because of the snowstorm.

Even though the public was not permitted into the zoo, the place was anything but stagnant. The animals found that it was the ideal opportunity for them to play without being interrupted.

In other words, the animals at the zoo were able to have a snow day and play outside when no human visitors were present. 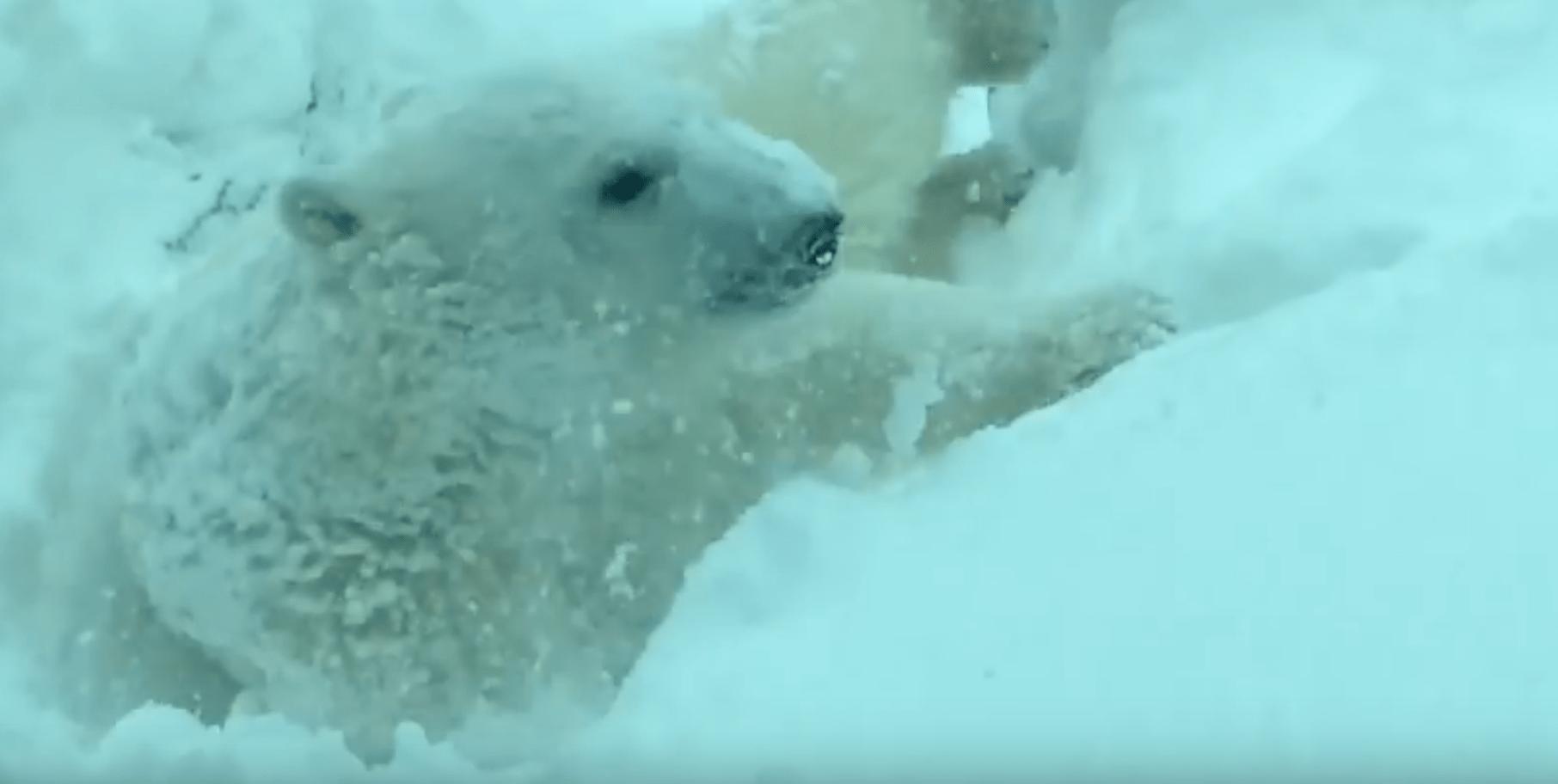 We can only imagine that Nora the polar bear was having a blast as she was running around in the snow. She certainly took advantage of the cold weather.

As it turns out, however, it wasn’t just Nora. The otters and sea lions also decided to go outside and have some fun. Those animals would hop out of the water and let the snow fall into their bellies.

A zookeeper was concerned about the animals so he went to check on them. He couldn’t drive to the facility, he had to ski down to it! When he arrived, he could tell that they were having a lot of fun. You haven’t lived until you’ve heard an elephant make a joyful sound.

You can watch the snow day at the Oregon Zoo in this delightful video: