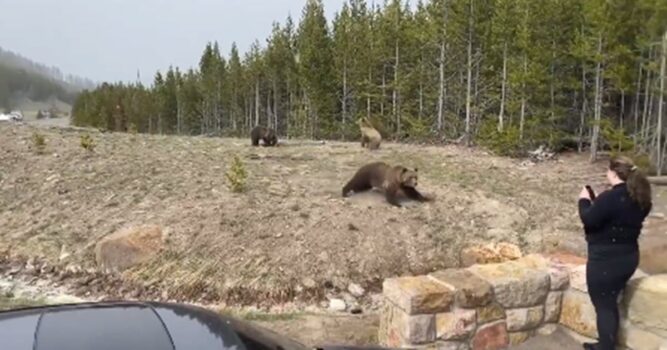 For folks living in predominantly urban or suburban places, it’s understandable that they should feel a longing to see nature. This is why millions of Americans visit places like Yellowstone National Park, where they can observe natural sights they would otherwise have to settle for seeing on TV or over the internet. However, with this great privilege also comes reasonable responsibilities. For instance, tourists are discouraged from interacting with wildlife in ways that can harm both the animals and themselves. One of the biggest problems involves feeding wildlife, hazardous animals such as bears.

It’s never a good thing for bears to feel too comfortable around humans. Park rangers with experience dealing with these animals say that this familiarity can often lead to attacks. Tourists are told to refrain from feeding wildlife like bears and keep a safe distance away should they encounter them to limit the likelihood of deadly attacks. One woman learned that these rules are no joke the hard way after spending four days in the nick after a video emerged showing her brazen disregard for safety. The video shows a woman standing very close to a grizzly bear and her cubs. 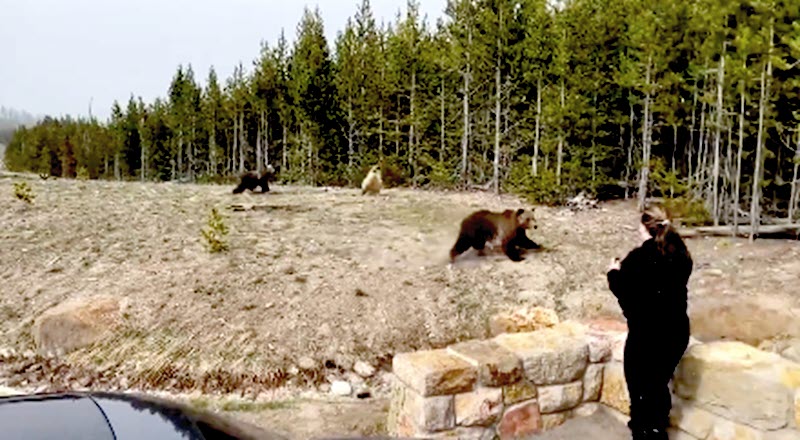 Most folks know that a grizzly bear mom is among the most dangerous creatures on the planet. These moms give a whole new meaning to the term “helicopter parent,” as cubs often don’t leave their watchful eyes until they are old enough to take care of themselves.

According to a report by Insider, a tourist named Samantha R. Dehring, a resident of Carol Stream, Illinois, willfully put her life in danger along with the lives of a mother grizzly and her cubs during a terrifying incident that happened on May 10, 2021.

A video shows Dehring at a section of Yellowstone called Roaring Mountain, where she’s seen attempting to move closer to a mother grizzly bear and her three cubs. The woman was trying to snap photos of the family. 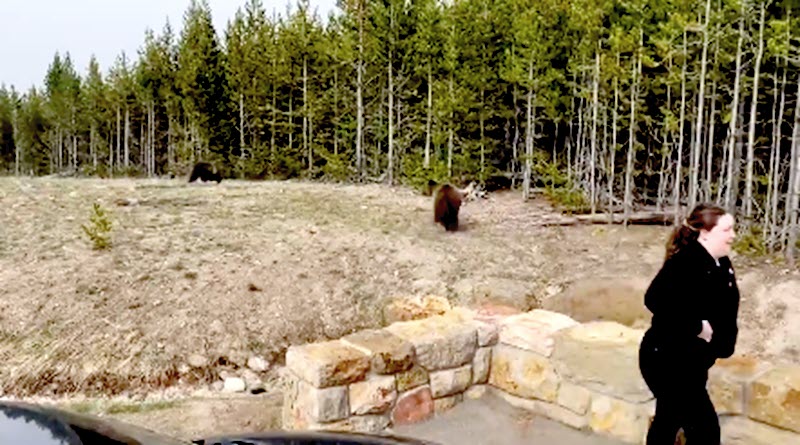 Later, the 25-year-old would plead guilty to the charge of  “willfully remaining, approaching, and photographing wildlife within 100 yards.”

The footage, seen below, was brought to the attention of Yellowstone Park Rangers. Later, the Rangers sent the results of their investigation over to the US Rangers in the jurisdiction where Dehring resides.

Check out this clip of a @YellowstoneNPS grizzly bear bluff charging a tourist that got too close. Darcie Addington took this from the safety of her vehicle. She doesn't know the other woman, but says several people warned her. Remember to give bears at least 100 yards of space. pic.twitter.com/7rnMgKGNxm

Bob Murray, the acting US Attorney for the District of Wyoming, had harsh words concerning the woman’s reckless behavior.

As a result, a judge sentenced the woman to four days in jail. 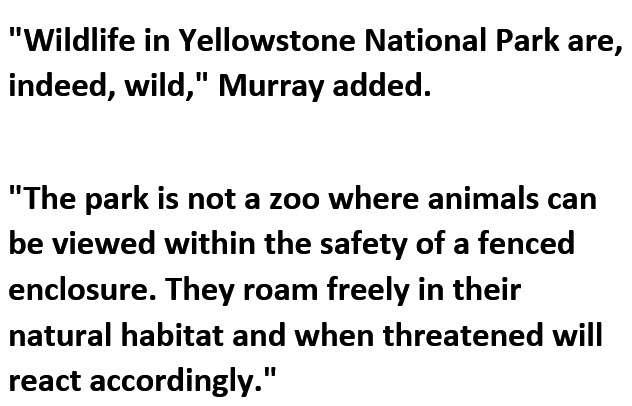 US Magistrate Judge Mark L. Carmen decided the case. In addition to four days in jail, Judge Carmen also banned Dehring from Yellowstone for one year and fined her $1,000 in community service payments to the Yellowstone Forever Wildlife Protection Fund.

However, the judge decided to dismiss the charge of “feeding, touching, teasing, frightening, or intentionally disturbing wildlife.”

According to the Daily Herald, eight people have suffered fatal injuries after being attacked by grizzlies since 2010. This April, a fisherman from Montana named Charles “Carl” Mock was mauled to death by a grizzly. Grizzlies who attack humans are usually put down as they represent a continuing threat to human safety.

You can also watch a news report about this story in the video below.

Do you think the sentence was fair? Also, please be sure to pass this story along to your friends and family.