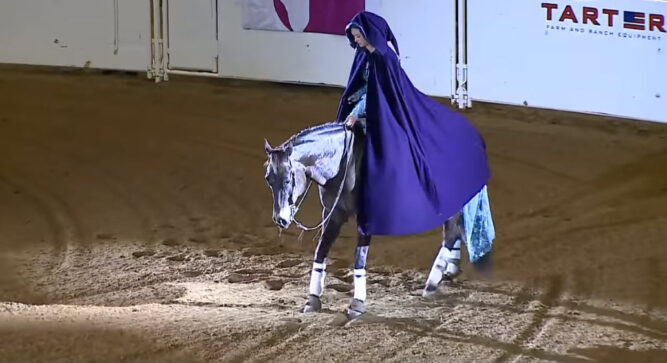 It’s so important that a horse and its rider have a trusting relationship. A horse has to have complete trust in their rider as must the rider for their horse. If there is any friction between the two, it could have serious ramifications, especially for the safety of the rider. This is why building that bond of trust takes time and patience, often years of effort and hard work. The sport of Reining is one that puts this bond to the test through a competitive serious of challenges. Reining is the western version of dressage riding, it requires that both the rider and horse be on the same page to an almost psychic degree.

Judges for these contests look at how well the horse can execute exact movements. They often will perform a sort of dance routine where the rider must be in perfect sync with their horse. Points are taken away should the horse show any resistance toward the rider such as aggression, irritation, refusal to move forward, bouncing its rear, pinning its ears back, running sideways, or anything else that indicates the animal has a poor attitude. One perfect example of how a horse and rider can bond is the championship performance of Laura Sumrall at the 2015 Kentucky Reining Cup.

During her performance, Laura wore a costume, a light blue dress similar to what Princess Anna wore in the Disney film “Frozen.” She also begins their performance dressed in a mysterious purple cloak. But, soon, her horse starts galloping, and she releases her cloak in dramatic fashion. As she begins to perform, her horse backs up, stops on command, prances, twirls, and turns with expert precision and timing, all while keeping time with the Disney song “Let It Go.” You can tell that these two practiced a lot as they seemed almost connected as one. 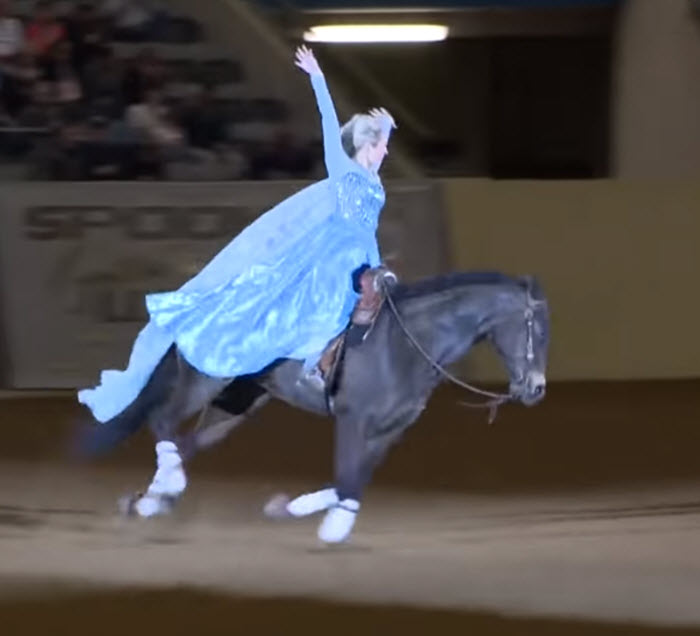 You can see Laura’s entire magical performance in the video below.