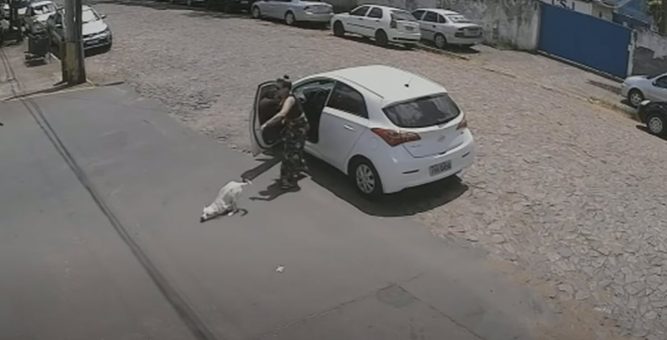 Is there anything worse than someone who dumps an animal on the side of the road? Because I live in an isolated area in the country, we have a lot of animals dumped on us. Over the years, we’ve adopted those we could and found homes for those who we could find placements for, but there have sadly been situations where we had to call for help. In rare cases, the animals seemed as if they could be a danger to our family, and my kids and I even had to get rabies shots one year because we were exposed to a dog who later became ill. It’s just a horrible situation for everyone involved, and for no one more than for the poor animals.

However, one horrifying case recently surfaced of a woman in São Leopoldo in Port Alegre, Brazil dumping a disabled dog on the side of the road. This dog couldn’t even walk and this woman just pushed it out of the car and drove off. Police are investigating the woman because the incident was captured on video and went viral when it got posted on the internet. The video shows the woman pulling up and opening the back door of her car. A large black dog hopped out and the woman grabbed a white dog by the scruff of his neck and pulled him to the pavement next to the car. She put her big black dog back in the car and quickly shut the back door. 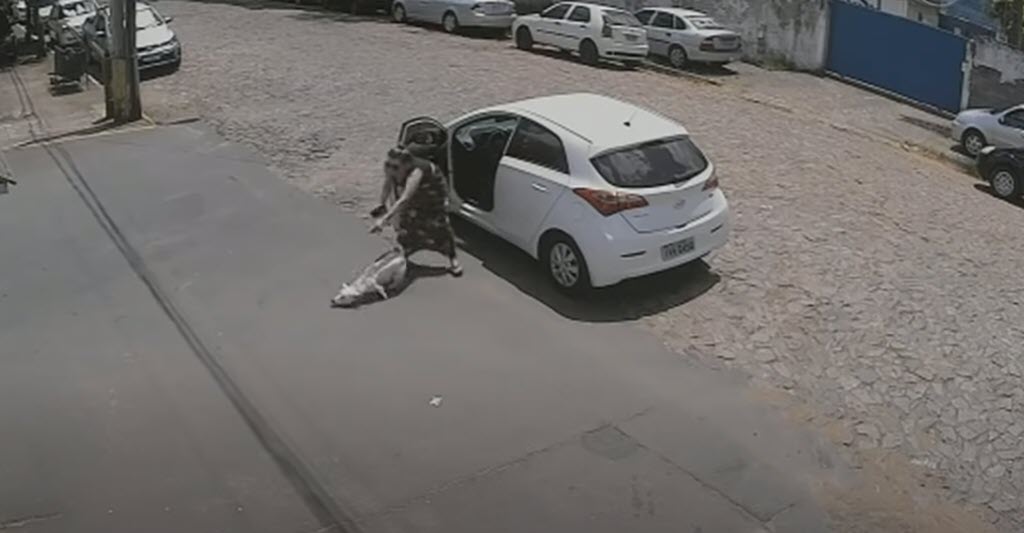 Then, the woman got in her car and drove off. The white dog’s front legs were clearly deformed and unusable. He hopped up on his back legs to try to get back into the car but the woman had already pushed him away. The dog fell on his face on the pavement and the woman uncaringly drove away. It’s heartbreaking to watch him try to follow the car. As it turns out, the woman had left the dog on the same street as where her husband’s office is. When her husband found the dog, he took him to the Secretariat of Animal Protection. So essentially, this poor dog was abandoned twice in one day by its owners. 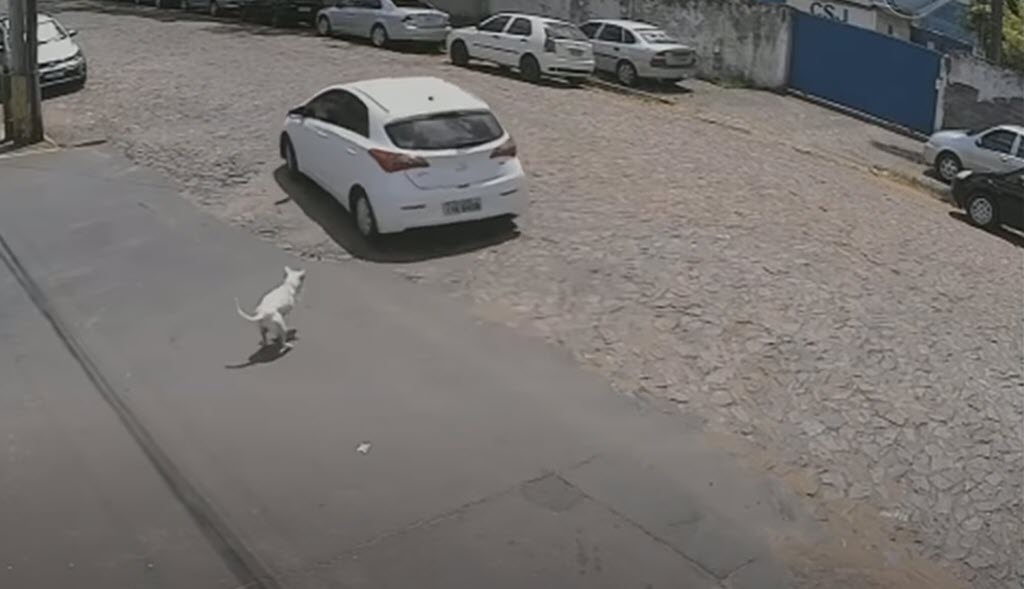 The man told the organization that he found the dog on the street, but he didn’t disclose that it was his dog. My suspicion is that the woman put the dog there for the man to take to the shelter. Ana Paula Scherer has a dog of her own who doesn’t have front legs, and she was contacted to see if the dog was hers. It wasn’t, but she posted this video on Facebook where it went viral. Officials have named the dog Tintin and have promised that anyone who wants to adopt him will go through a thorough interview process and home inspection. Watch this horrifying video below.