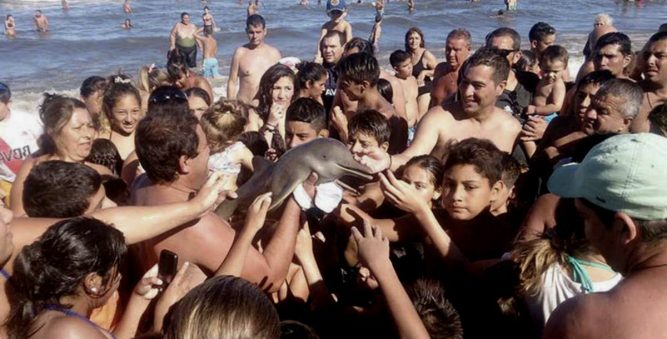 Honestly, sometimes human beings are the worst. Many people act with complete disregard for the well-being of more vulnerable creatures and a recent story drives that point home. At the Santa Teresita Resort in Buenas Aires, Argentina, some selfish beach tourists grabbed a baby dolphin who had washed up into the surf. They pulled this dolphin calf right from the water and began passing it around a crowded beach full of people so that they could take selfies with it. Here’s what makes me angry: was there not even one person in that crowd who could have had the common sense to say, “Hey this is dangerous for this little guy, put him back!”?

The people were excited because, like most of us, they’ve never seen this happen before. I mean, it’s rare to get this close to a dolphin, so naturally people were intrigued. However, that doesn’t justify what happened next. Instead of enjoying the wonder of such an event, someone pulled the baby from the surf and they began to pass him around, taking turns holding him so that they could take selfies and photos holding the tiny creature. Before long, hundreds of people gathered around and started taking photos. This beautiful animal became a prop for someone’s vacation photos. Of course, what happened next is completely predictable.

See, dolphins are mammals so they can breathe out of the water, but even adult dolphins can’t survive for long on a hot beach. Because they have thick and greasy skin, they can easily become dehydrated quickly in the hot sun. Because of this, the baby dolphin died. Another factor that the authorities think could have contributed to his death is the stress and shock of being handled and overwhelmed by so many people. In a video shared by a Buenos Aires blog, you can hear a woman saying, “We have to put it back in the water,” and another man shouting, “It’s dead! It’s dead!” Well, too late. 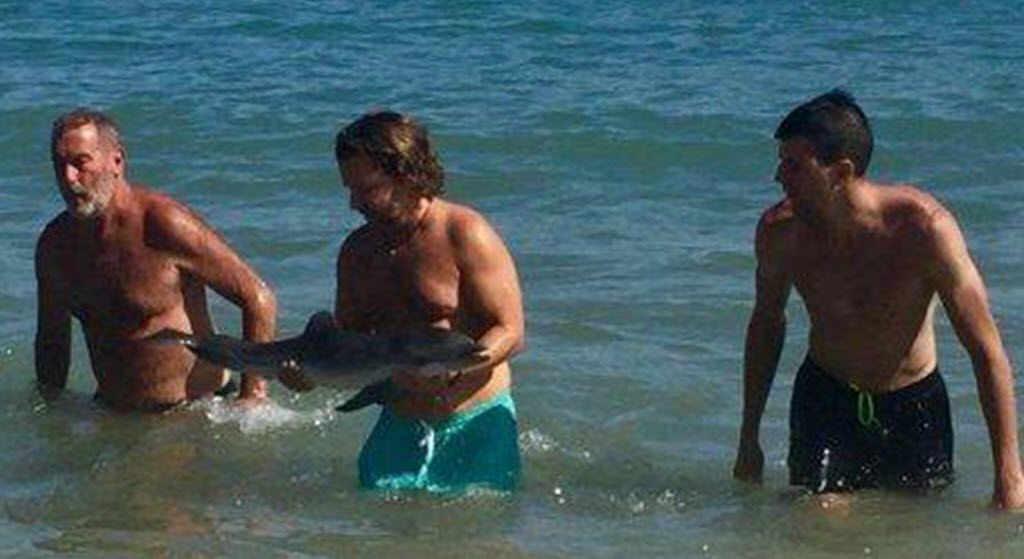 After it died, the last person interested in the baby just left it lying there while other passerby came along and poked at its dead body. Some people continued to take photos of the dead little thing. The Franciscan dolphins are an endangered species. Here’s a news video about this horrible story.