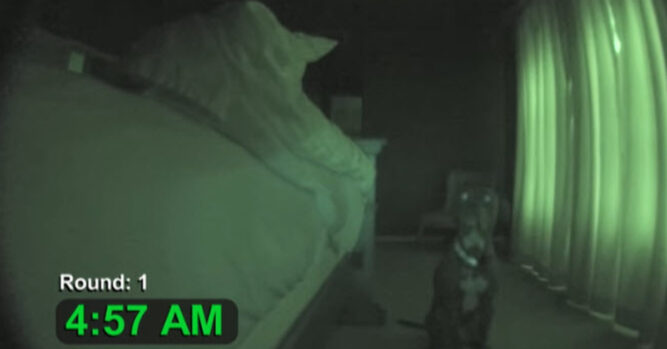 There are two types of people in this world, those who jump out of bed the moment the alarm clock goes off and others who hit the snooze alarm endlessly until they finally drag themselves out of bed for the day. It seems as if each of these groups gets on the other’s nerves, and you may be someone who tries to be one or the other, sometimes unsuccessfully. Of course, there are also those who don’t need an alarm clock to get up, but that is an entirely different story.

If you have to get up early in the morning, you may find that you are frustrated trying to crawl out of bed. Some of us may even set our alarm clock a little early so we can snooze just a little. I’ll have to admit, it feels good to wake up and know that you have just a little more time to sleep. If you are the type of person that can fall back asleep, you may even want to do it multiple times. At times, however, alarm clocks may not be our best friend and that is what happens when ‘the Gray Dog’ comes into the room. 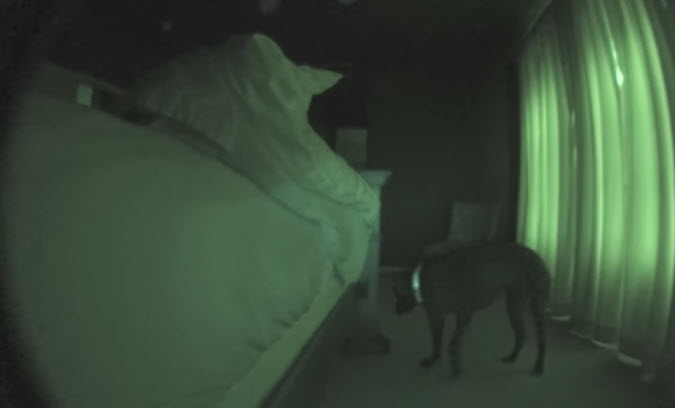 This family has a built-in alarm clock with Grey, their pitbull. It starts early in the morning when he comes in the room to wake them up. Of course, this dog probably naps all day long so he doesn’t mind starting his day very early in the morning. The problem is, the owner isn’t ready to get up yet so she tells him to come back later. 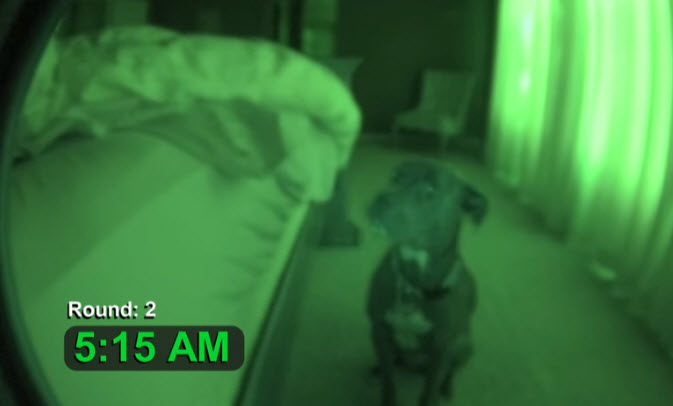 If you have a dog that enjoys getting up early like Grey, you already know how persistent they can be. Grey is also persistent, but she does understand what her owner is telling him and she leaves the room for 15 minutes. When she comes back, she does the same thing but it seems as if she has a snooze alarm built-in that is very time-sensitive.

You can see it for yourself in the following video: