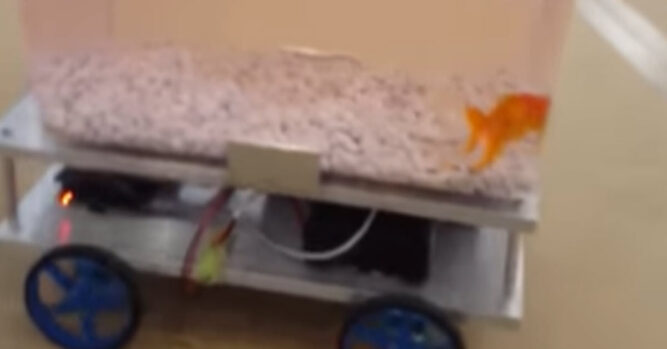 When most of us think about intelligent animals, the thing that we probably think about is the dog or cat that lives in our home. We also realize that some animals are quite intelligent. For example, consider a crow. Although they are just a simple bird, they are able to do some fantastic problem-solving, tool building, and it seems as if they are able to think their way out of almost any situation. The study of those magnificent birds has really made for some interesting information, but it seems as if there is another up-and-comer that needs to be considered. I’m talking about the humble goldfish.

At Carnegie Mellon University, a group of friends built something that probably was never built before. It was a fish tank that included robotic fish controls. As the fish swims around the tank, the position and movement of the wheels make the tank move in that direction. If the fish is in the center of the tank, the wheels stay still. If it moves in one direction toward the edge of the tank, however, the robotic fish tank moves in that direction. It seems like a rather simplistic device but what it showed us was more than most people realized about fish. 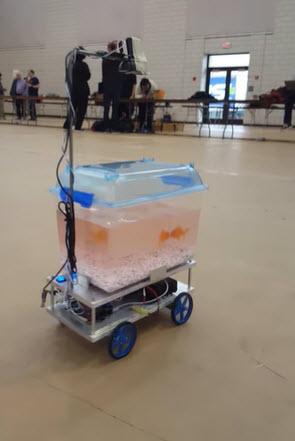 Although it’s interesting to think that a fish could have some intelligence, it’s even more interesting to see it in action. That is exactly what this fish is doing, showing us just how intelligent one of those little creatures can be. 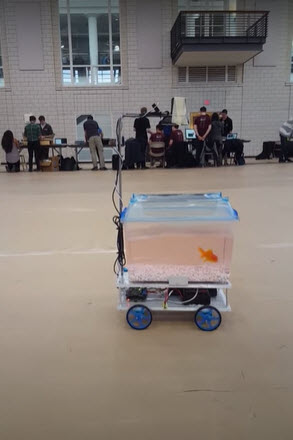 Admittedly, it’s not rocket science but I have to admit that I never thought a fish would be smart enough to learn how to control a robotic fish tank like this. Who knows what’s next, perhaps they will be competing for the Pulitzer Prize!