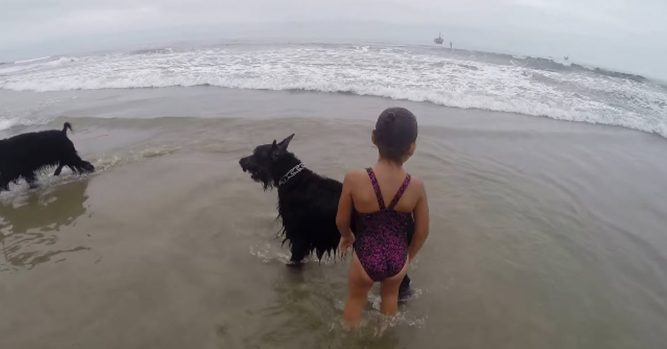 When it comes to dogs, I don’t think that we could ever have a better addition to the family. Of course, I realize that there has been the ongoing dog versus cat debate for many years and some people are going to take a firm stand one way or the other. As far as I’m concerned, however, either pet can add something special to our lives but as you are about to see in this video, dogs have the capability of adding a little something extra. In fact, those dogs may do something that touches our lives and our hearts in ways that we never could’ve expected.

Yatzi is one of those dogs who just so happens to be amazing in his own way. As a giant schnauzer, he is very protective of the entire family but as it turns out, he is especially protective of his human sister. Jacque Langston is Yatzi’s human and she speaks very highly of the dog. In fact, she realizes that he is a very special part of the family on many levels but especially when it comes to the way that he treats her little girl. You see, the dog is absolutely protective to a fault when it comes to keeping the little girl out of danger. 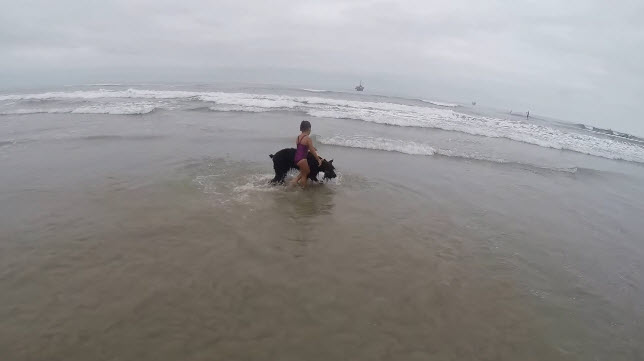 When the family took a trip to the beach, they took the dog along with them. Everybody was looking forward to watching them enjoying the beach and the water but all Yatzi could think about is the possibility that the little girl could be in danger. Anytime she would try to get too far out into the ocean, he would block her path to help keep her safe. 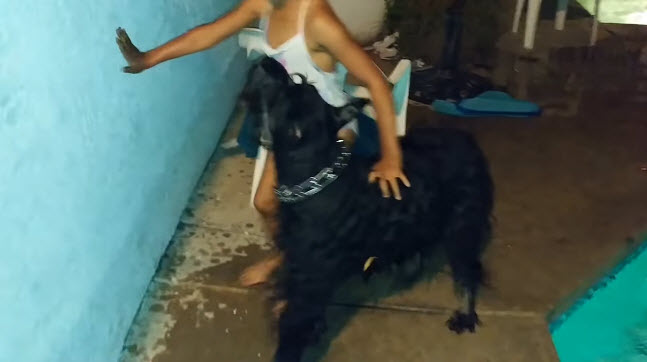 This isn’t the only time that Yatzi showed his loyal companionship to the little girl. It was also seen when they bought a Jacuzzi and turned on the bubbles. The dog went nuts and tried to pull her out of the water! Whether it is the ocean, the Jacuzzi, or the swimming pool, this dog is there for the little girl, every step of the way. Enjoy the videos below: