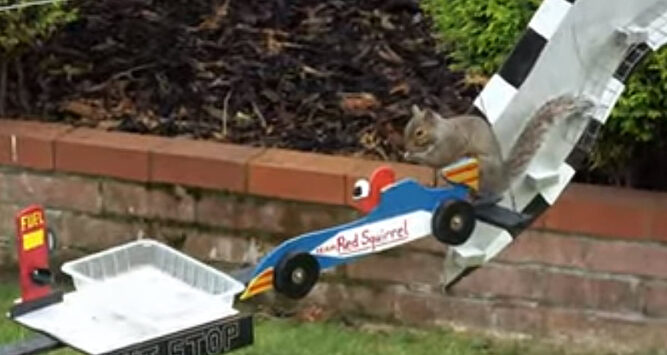 When Steve Barley and his son built their original squirrel obstacle course race track back in 2010, they never imagined that it would become such a delightful hobby — not just for them but for their backyard squirrels as well. The first course was pretty basic, but each one soon became bigger than the last. And now years later, they’ve gone one to build some truly awe-inspiring courses.

“Nearly 10 years on, my back garden challenges for our furry friends have become bigger and more elaborate or, as my wife puts it — ‘Really, this is getting out of hand,’” Barley wrote on his YouTube page. 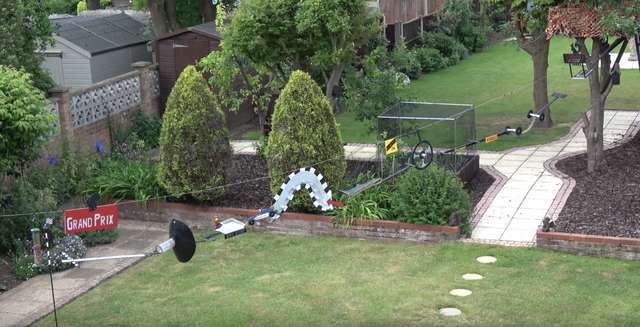 Back in July, Barley truly managed to outdo himself when he built a racetrack for the “Formula 1 Squirrel Grand Prix” — by far his most impressive creation to date!

Barley and his family became very fond of watching all their squirrel neighbors running around their backyard, and they just couldn’t wait to see how they would tackle the new racetrack. So far the squirrel with the most impressive run has been one nicknamed Lewis Scrambleton. He even started in the correct spot — which is right on the starting line Barley made. 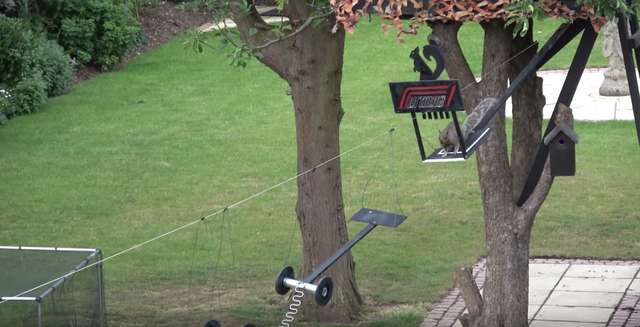 Lewis managed to get a quick start on the track, but made his way cautiously through the “tire change.” 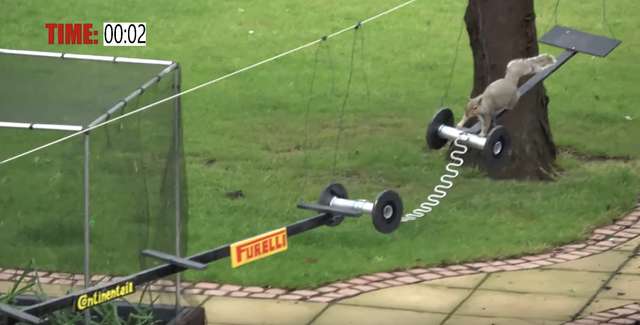 But, the squirrel seemed quite determined heading into the next stretch. 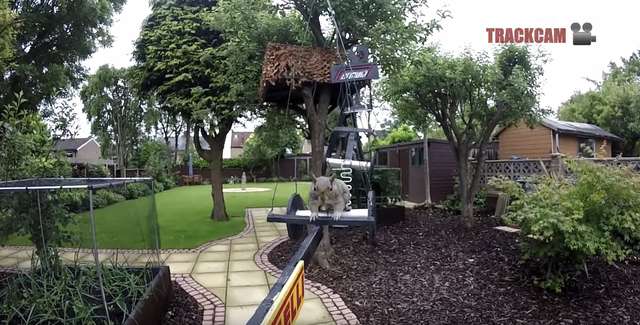 He even blazed straight through a giant steering wheel obstacle like it was child’s play. 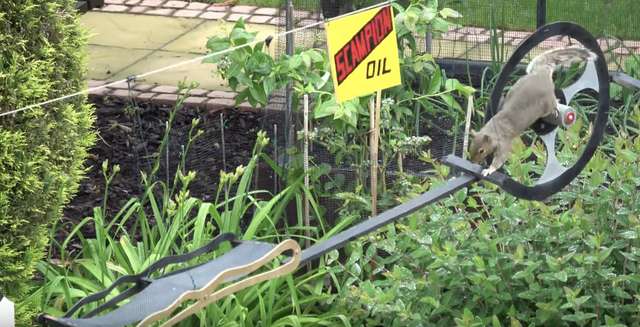 And then maneuvered through a tricky turn. 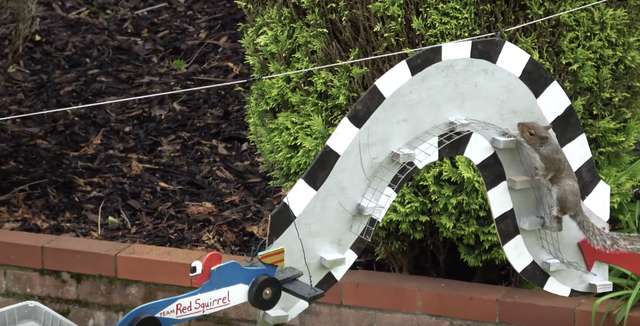 Next, the spunky squirrel athlete took a few moments to rest at the “nut stop.” 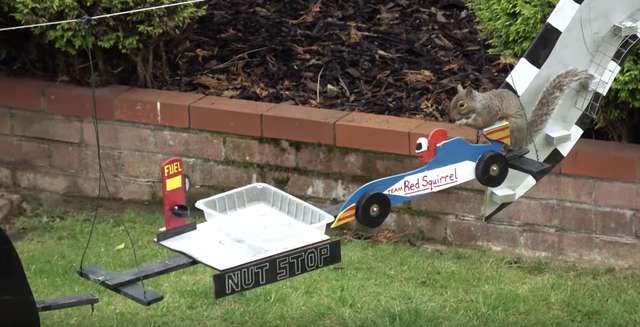 Before he made his way through the tunnel. 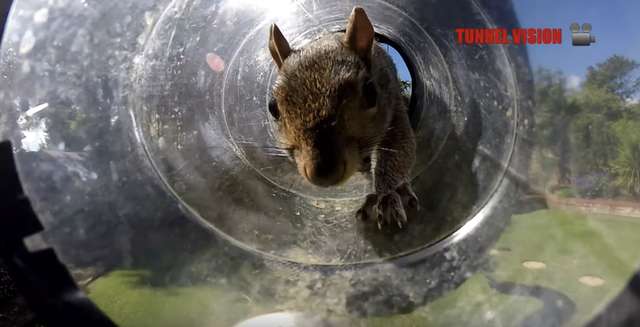 And triumphantly finished the course in record time! 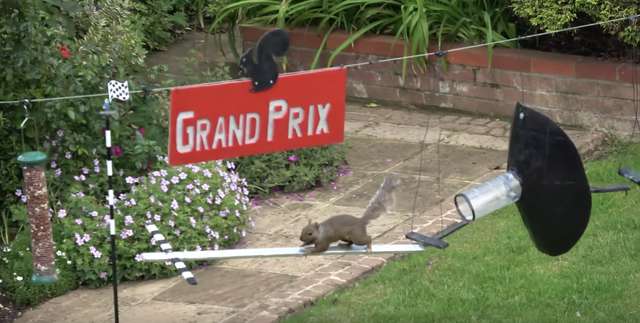 And his prize? Why a bird feeder full of seeds of course! 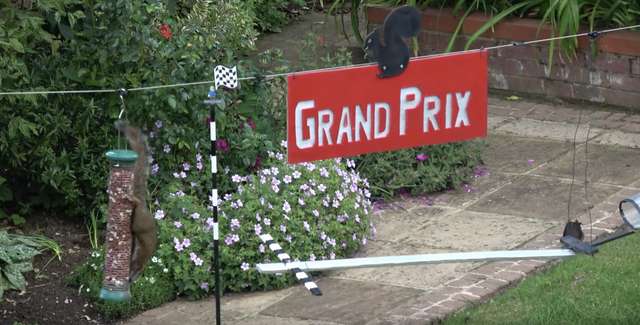 After nearly a decade, the squirrels in Barley’s backyard have become experts at navigating even his trickiest obstacle courses, and this racetrack was no exception. The courses are a fun way for the cute rodents to leap across the yard, and they’re no doubt looking forward to Barley’s next course!

Check out the video below of Lewis Scrambleton historic run, and be sure to share this story with your friends and family.