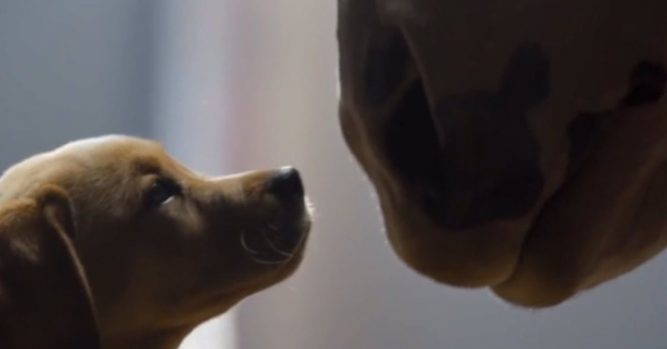 Television offers us many enjoyable moments but it times, those moments go by all too quickly. That is especially true when it comes to sporting events because they don’t often have reruns of those special games. Yes, we may record the games and watch them as often as we like but you just never know when a special game is going to occur and you’re going to miss all of the action if you don’t have it recorded. That is not only true of the game itself, but when it comes to the big game, the Super Bowl, it is the commercials that really make a difference. Fortunately, the Internet provides you with the opportunity to watch those commercials as often as you like.

Every once in awhile, however, there is a Super Bowl commercial that really captivates our attention. Budweiser is an excellent example, because they bring together some of the things that we love most. Part of it is the simplicity that is behind what they post, a time when life was simpler and most of us would welcome that opportunity. It also has to do with the animals, because they put majestic Clydesdale horses along with some of the most adorable dogs that you could ever see. Watching those Super Bowl commercials over again is not only fun, it is nostalgic. 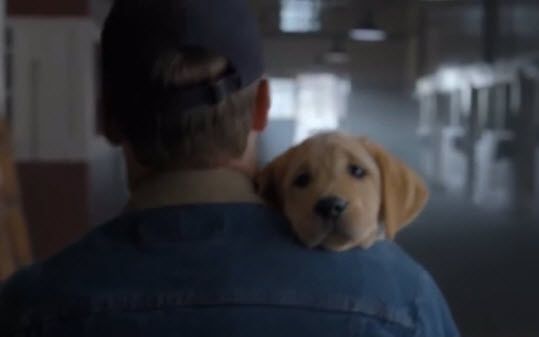 There have been a lot of Super Bowl commercials that involved Clydesdale horses from Budweiser. In 2014, however, they broke through a barrier with the ‘Puppy Love’ commercial. It was actually a follow-up to the Super Bowl ad they ran in 2013, known as ‘Brotherhood’. It was about a Clydesdale pony that had a special bond with its trainer. Everybody loved it. 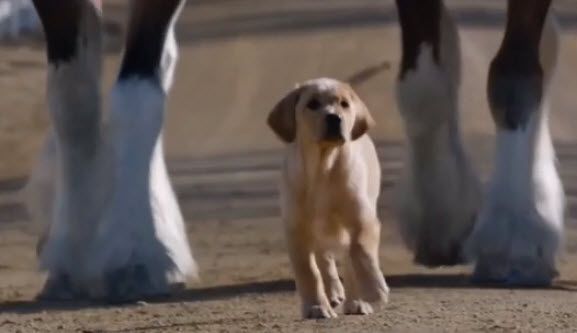 In the Puppy Love commercial of 2014, things got even better when a little puppy built up a friendship with one of the horses. The puppy was adopted, taken away from his friend and before you know it, you are weeping. That is when the other Clydesdales intervene by running down the car and getting back the puppy. It’s a moment you are going to treasure watching and you can see it right here in the following video: