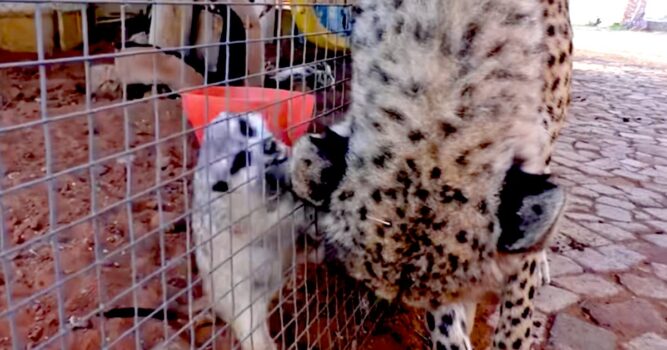 I think we all get a kick out of watching an odd couple in the animal kingdom playing together despite apparent differences. There’s something incredibly endearing about watching a giant dangerous apex predator playing gently with creatures who would usually be considered a light snack in the wild. And when you look at meerkats, it’s easy to see how they would be at a considerable disadvantage going up against a Cheetah.

If you’re not familiar with meerkats, here are a few fun facts. 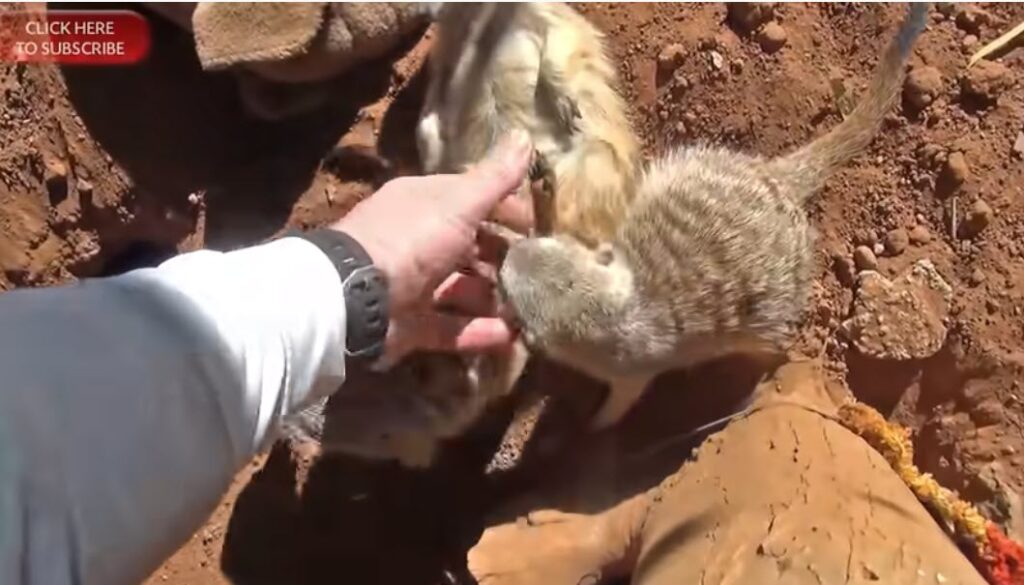 Meerkats are a part of the mongoose family and commonly live in groups of various sizes that range from as few as three to as many as 50 members. Everyone in the meerkat tribe has a job to do, such as gathering food, taking care of babies, or being on the lookout for predators. These creatures almost look like a cross between squirrels and otters. 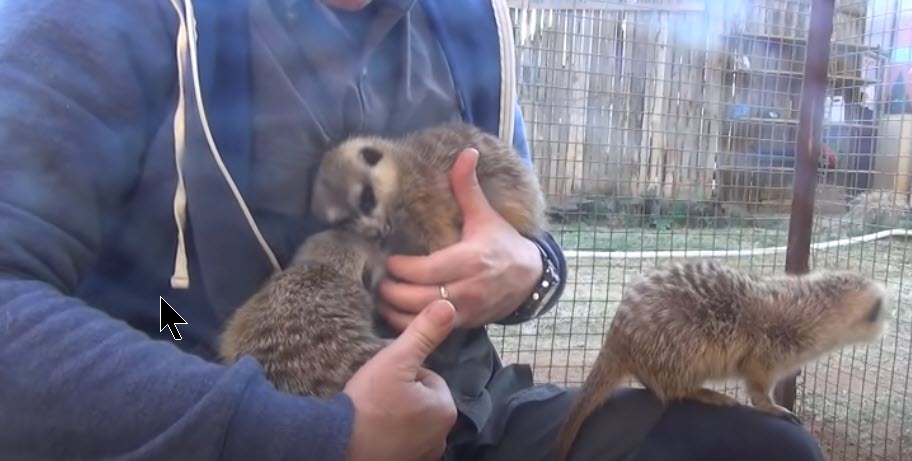 They mainly reside in the grasslands and deserts of Africa, right alongside another Africa native who most folks would instantly recognize.

Cheetahs are are the fastest land mammals on the planet, reaching running speeds of up to 70 mph. 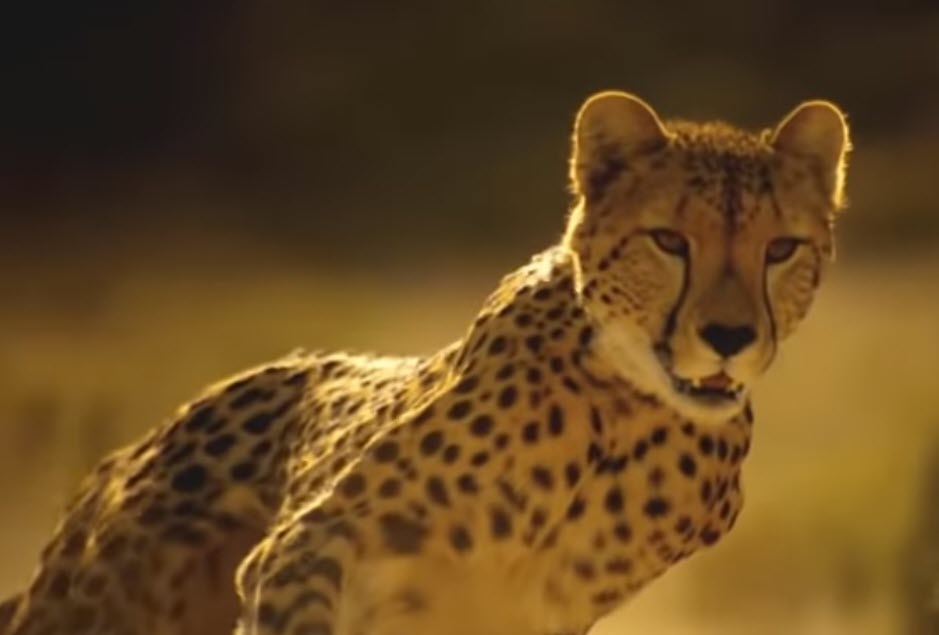 They are built for speed and are incredibly graceful hunters.

However, in this video, a cheetah named Kinji enjoys being viciously attacked by a tribe of meerkats. Of course, to Kinji, the “assault” feels like light grooming as he purrs and preens while his little assailants “work him over.” 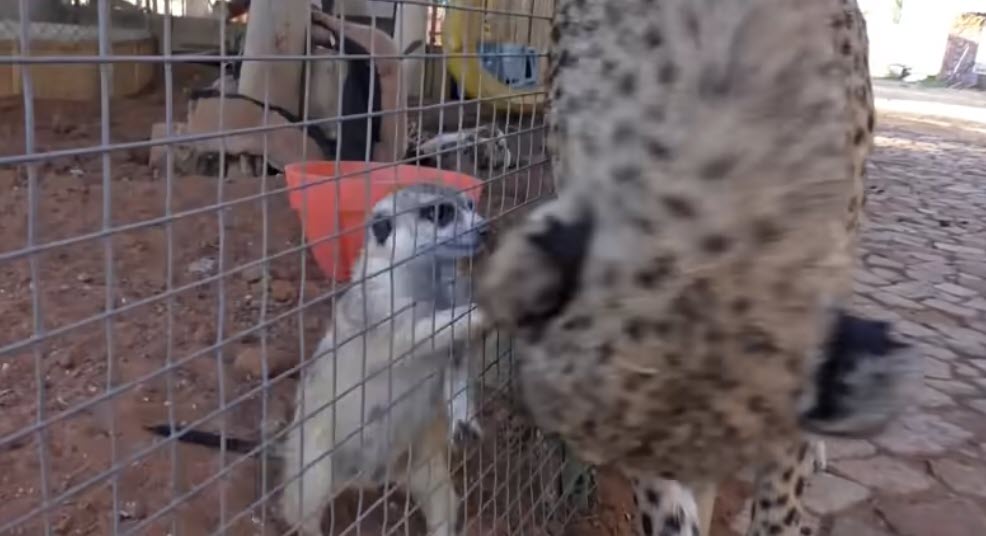 You can watch Kinji purring as he enjoys his little meerkat friends’ violent assault in the video below.

What a sweetheart. Kinji’s a real gentle soul who’s all about love. 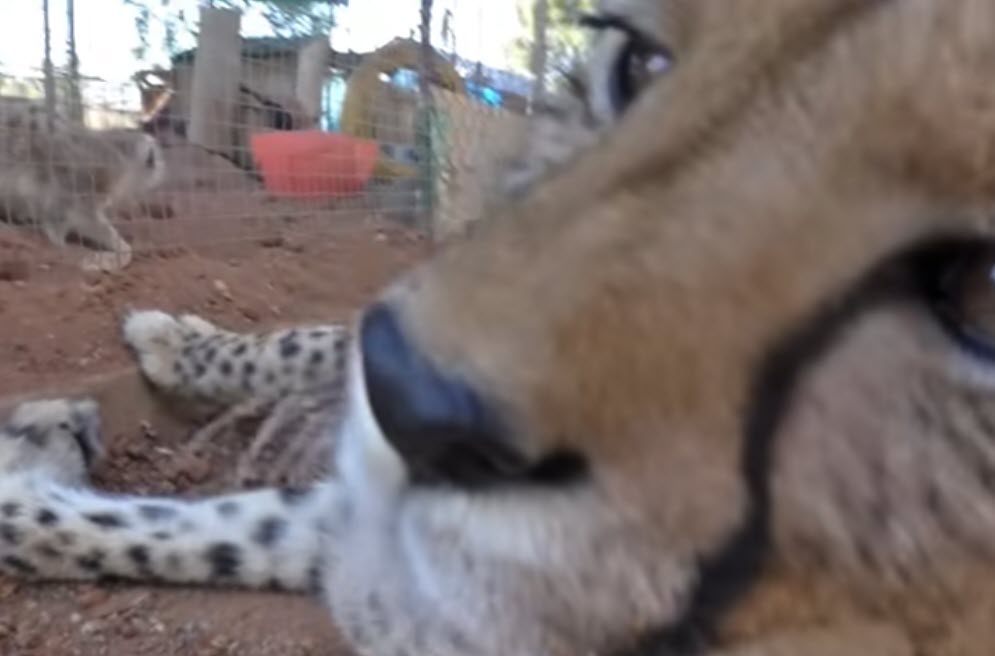 Be sure to pass this adorable video along to your friends and family.