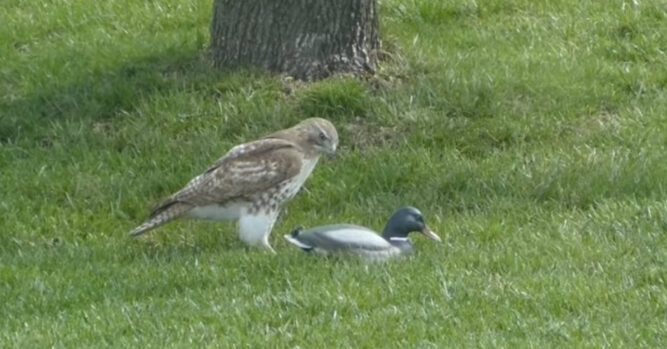 Have you ever heard the expression that birds of a feather flock together? We can use it in many different ways, but when you break it down on a basic level, it is true that birds tend to congregate with other birds that are very similar to them. In fact, some types of birds would never even consider hanging out with other birds of a different feather. In the human race, we see that this is also true although humans often are able to overcome their difficulties and differences. That isn’t necessarily the case with Hawks, however, and when they have to deal with birds of a different feather, their instincts often come out in the worst way.

The hawk in the following video is showing some of those telltale behavioral instincts that just show what they are capable of doing. If a hawk were to come across another type of bird, it is likely that there would be a scuffle and the hawk is likely to come out on top. At the same time, however, if a hawk were to meet another hawk, there may be problems as well. After all, they are birds of prey and although they most certainly are capable of socializing, it isn’t something that they are necessarily known for in the wild. 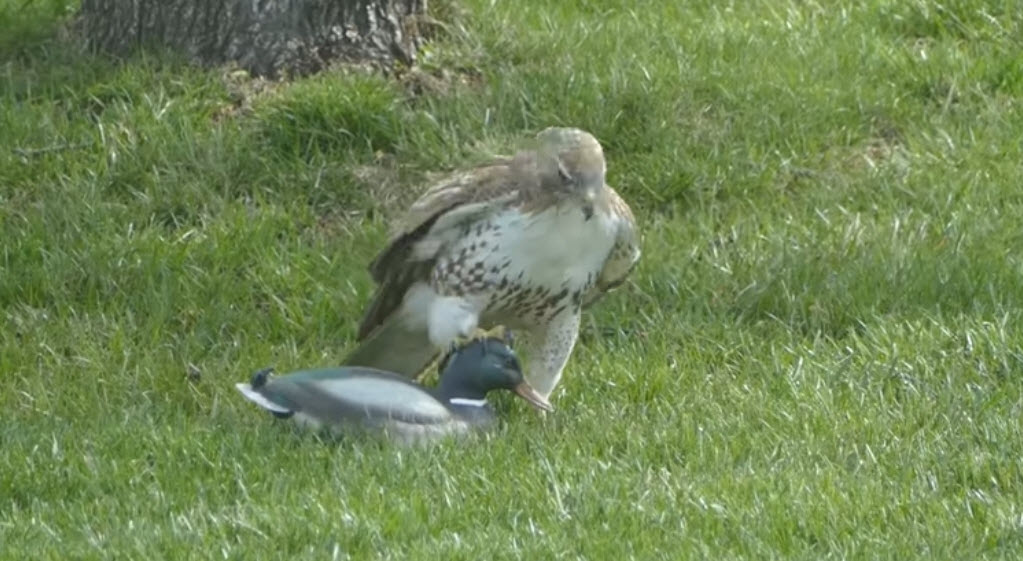 Perhaps that is why we love the following video so much. It shows a hawk that is more than interested in a decoy duck that was left out in the field. The hawk is inspecting the duck, even attempting to ruffle its feathers, so to speak, by putting its talons on his head. 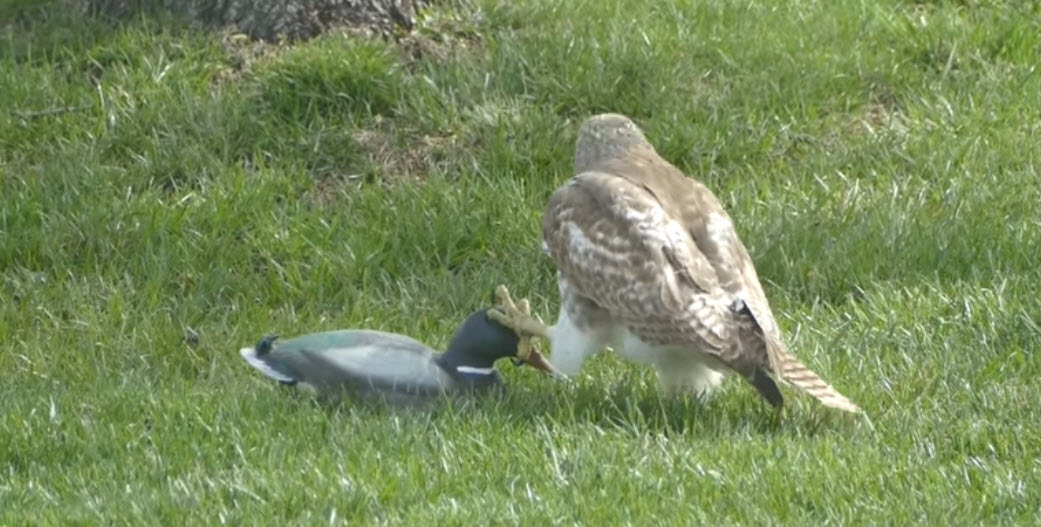 This is a hilarious video that shows how easily the hawk was fooled. It also shows us that these types of birds are not to be trifled with, and were just happy that it was a decoy and we get the laugh when all was said and done.