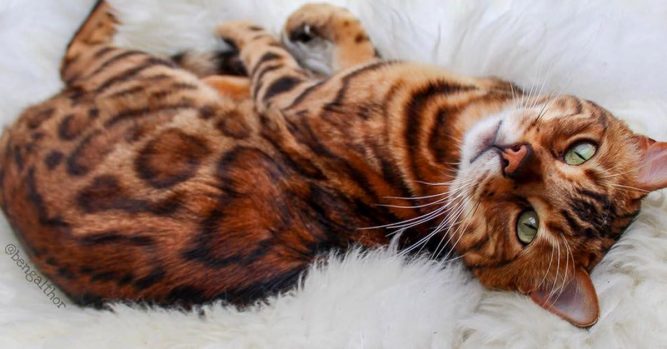 The Internet has opened up the world for us in ways that we never even thought possible. People are now working remotely, going to school from home, and even doing online shopping and having things delivered to them. It’s a fantastic opportunity, especially now that we are dealing with the worldwide pandemic. Of course, the convenience of the Internet and technology has helped us in ways that the pandemic has not even touched. Perhaps one of the more interesting things that we have learned as a result of technology is just how much people love cats.

If you have any doubts as to the level of obsession that people have over felines, it’s about to be wiped clean. When you really stop to think about the more popular videos online, they all involve cats. Cat pictures are also extremely popular, and people will spend hours surfing from one picture to the next, just in an effort to see the cutest cat they could possibly see. In reality, they don’t have to look any further than a 3-year-old Bengal cat. He is quite popular on social media, and for all the right reasons. After all, he’s a cross between an Asian leopard and a domesticated cat, so he has both spots and stripes! His name is Thor!

If you were expecting to see a normal housecat, you are not going to see one here. The breed is similar to a dog in many ways, because of the crossbreeding between a leopard and a domesticated cat. It has a wild streak that might not work well in most homes.

Thor lives in Kortenberg, Belgium and people everywhere love his beautiful fur. Thor was adopted by Rani Cucicov in 2013. When somebody told Rani how beautiful the cat was, she decided that an Instagram and Facebook page was important to start.

A Bengal cat is bred to look like a jungle cat, such as a leopard or ocelot.

In Minnesota, the Wild Cat Sanctuary talked about first-generation Bengal cats. They said that they are a descendent of a wild animal and a domesticated animal. In other words, they may not be the easiest to raise as a pet because they still have a lot of wild instincts. It’s not that they are overly dangerous, they just don’t do well with other pets because they are territorial.

Last week my servant and I were in the Belgian newspaper! This is the result of the photoshoot 😸 thanks to Dirk Vertommen 📸 @nieuwsblad

Rani admits that Thor often runs the show. She gives him plenty of love and continues to share this beautiful animal through pictures with the world.