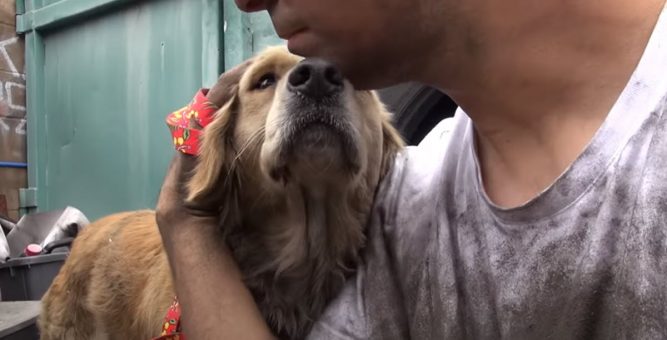 The streets of America are full of homeless dogs. The rescue organization Hope for Paws received a call about a terrified homeless Golden Retriever. The rescuers say on the video that this is their fifth time trying to find this poor homeless dog. After spending five days looking for the Retriever, they pull into a parking lot in an industrial district. The nearby trains from the train tracks make loud noises that terrify the dog, as they would any dog. When the rescuers drove up, the dog ran away to try to find a place to hide. The rescuers found her huddled underneath a container looking bereft and alone.

Because they couldn’t get her to come out, the brave rescuer crafted a terrifying plan. He said, “I’ll have to go under, there’s just no other way.” The danger in this is that it’s impossible to know how a scared and cornered animal will act. Also, the dog has probably not been vaccinated, so there is that added risk. I assume these rescue workers have had preventative rabies shots and things like that. As the brave rescuer crawls underneath the container, he says, “You’re a good girl. Will you let me get to you now?” He bumps his head as he’s crawling into the tight and dark space. He has one of those sticks with a noose attached that is used to catch scared dogs that can’t be caught any other way. 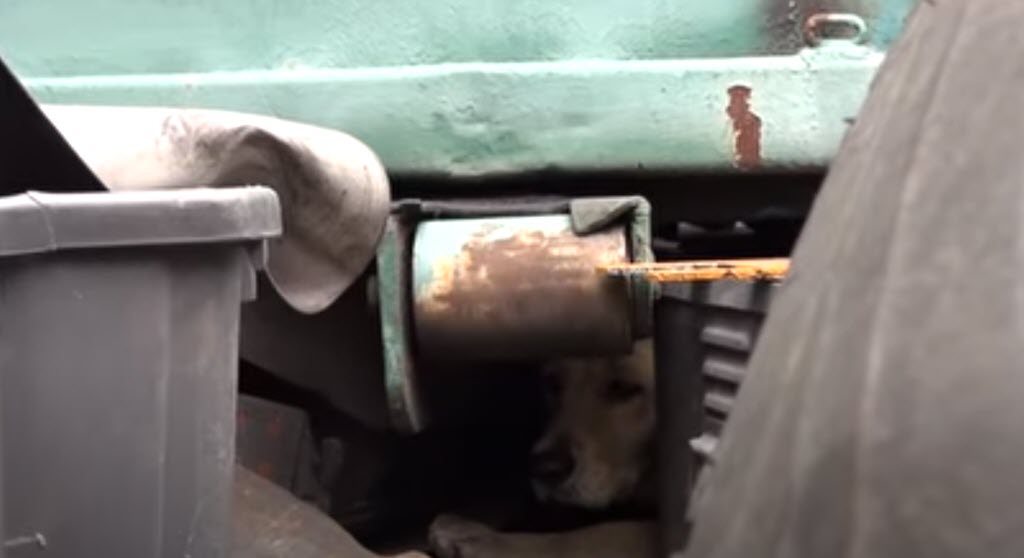 With the help of the other rescuer, he easily gets it around the dog’s neck because she’s cornered. However, it took a minute, and once he had her, she went crazy. She nearly hurt herself as she was writing around in terror underneath this container. However, the rescuer kept talking to her in a gentle voice, and finally said, “It’s OK, I’ll come to you.” He just kept crawling towards her and talking to her gently. When he got to her, she was lying on her back with her paws up as if she was just praying that it would be OK. The rescuer just continued stroking her head as she stayed on her back. 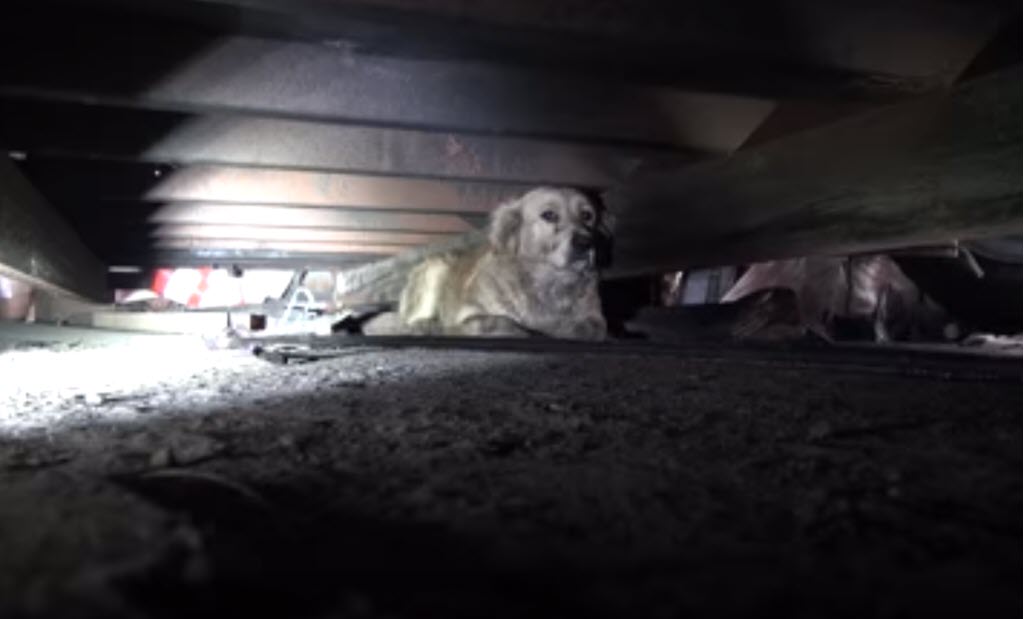 The rescuer was able to grab her legs and gently pull her out, saying, “Good girl, good girl,” the whole while. When she got outside, she acted like she was going to bolt, but they were able to get her to relax and she let them put a collar around her neck. This dog used to belong to someone and was abandoned. They named her Clarabelle and took her back to the shelter where they got her cleaned up. she’s a delightful, loving dog. Watch her heartwarming daring rescue below.